A Chat with Mo

Not Just a Pebble in Mud
Deep Sea, High Pressure 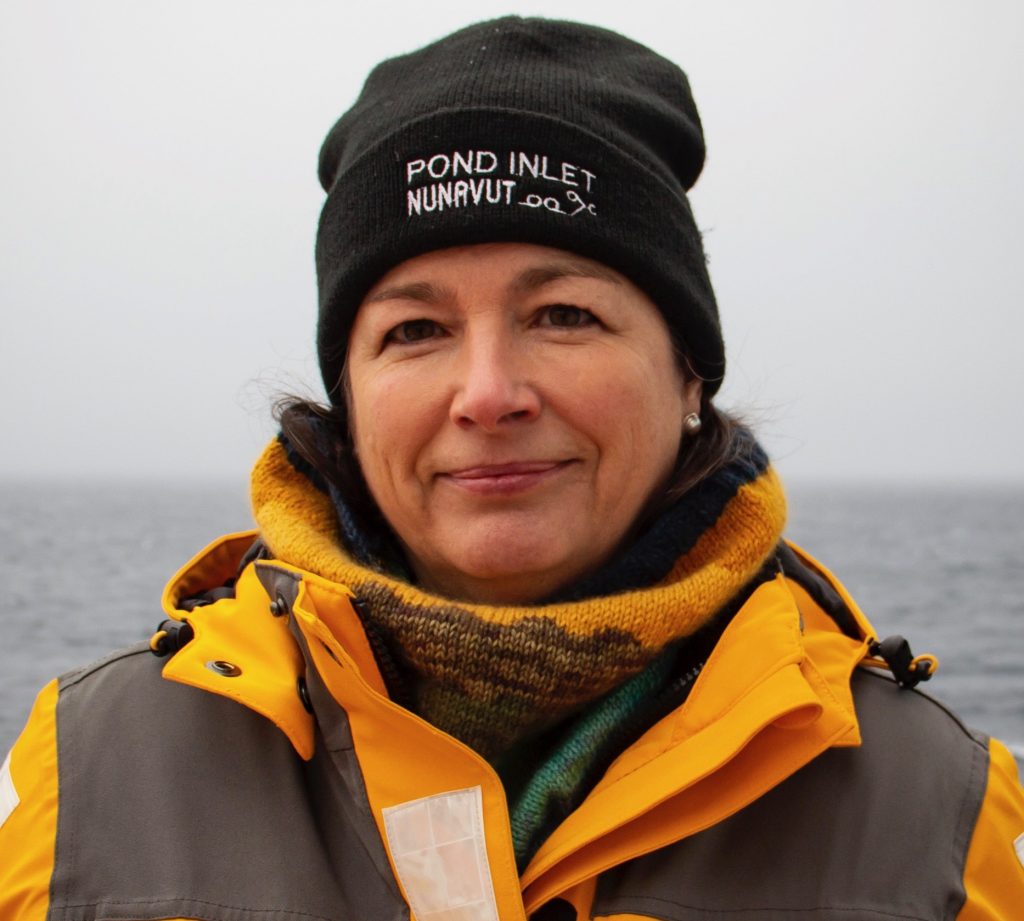 Each night, around about 2 AM, I look forward to my jaunt with co-Chief Scientist Maureen Raymo into the frigid darkness and blowing snow and up to the bridge to get an updated iceberg report. Last night, I also had the opportunity to relax with Mo and find out more about her science, goals, and journey to becoming a giant in her field.

These are the questions driving most of us in the science team. The Antarctic Ice Sheet is the massive layer of ice that covers the vast continent of Antarctica, on average 1.3 miles (~ 2 km) thick, and it contains enough ice to raise global sea level by nearly 60 meters (nearly 200 feet).

She says that, in the US alone, 4 million people live within four feet of sea level. “Water could be coming in under their front door in under 100 years. 60 years maybe.” She notes that in places where the land is subsiding, which includes much of the heavily populated US Eastern Seaboard, sea level rise will be even worse. 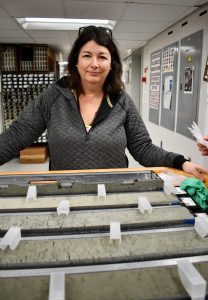 Her personal studies extend to the effects of precession on changes in polar ice. Precession is the shift  in the rotation of Earth on its axis. In fact, Earth spins like a top, but like a wobbling top on a 23,000-year cycle.

While models and modern observations bear this out, why only a barely discernible effect of precession on ice sheets is observed during some time periods is a puzzle Mo has been thinking about for thirty years. To explain this enigma, she has proposed a hypothesis that changes in the Antarctic Ice Sheet have been far more dynamic than previously accepted and that it has been growing and melting more dramatically with this 23,000-year frequency. She hopes that analyzing the sediment we are retrieving on Expedition 382 Iceberg Alley may help shed some more light on this mystery—one that has wide-ranging implications for humanity’s future in a warming world.

Mo wanted to be an oceanographer since she was eight years old. When I asked her about retirement, she said, “I can’t imagine ever giving up thinking about how the world works and looking at data and thinking about what data means.” And she has certainly done that and is now both a Research Professor and the Director of the Lamont-Doherty Core Repository at the Lamont-Doherty Earth Observatory of Columbia University.

Once more, I reflect on how gratifying it is to be out here learning from and getting to know people who share my overwhelming passion for the Antarctic Ice Sheet and who have dedicated their lives to just that. To Mo and the others in our science party, as to me, there’s nothing more important to understand and share with the world.

Raymo is known for her 1) Uplift-weathering hypothesis, 2) investigation of the climate history of the last 3 million years, 3/ the LR04 Stack Timescale, and 4) studies of sea level changes. She is the first woman to win the prestigious Wollaston Medal for geology among other awards and honors.
#Exp382
23
Apr 2019
By MGarnsworthyAntarctica, Climate Change, Expeditions, Geological time, History of Earth, Iceberg Alley, Scientist Profiles, Southern OceanLeave a comment