A Numerical Tribute to Site U1553

We Finally Have CORE! Now What?!
Why Do We Re-Drill? 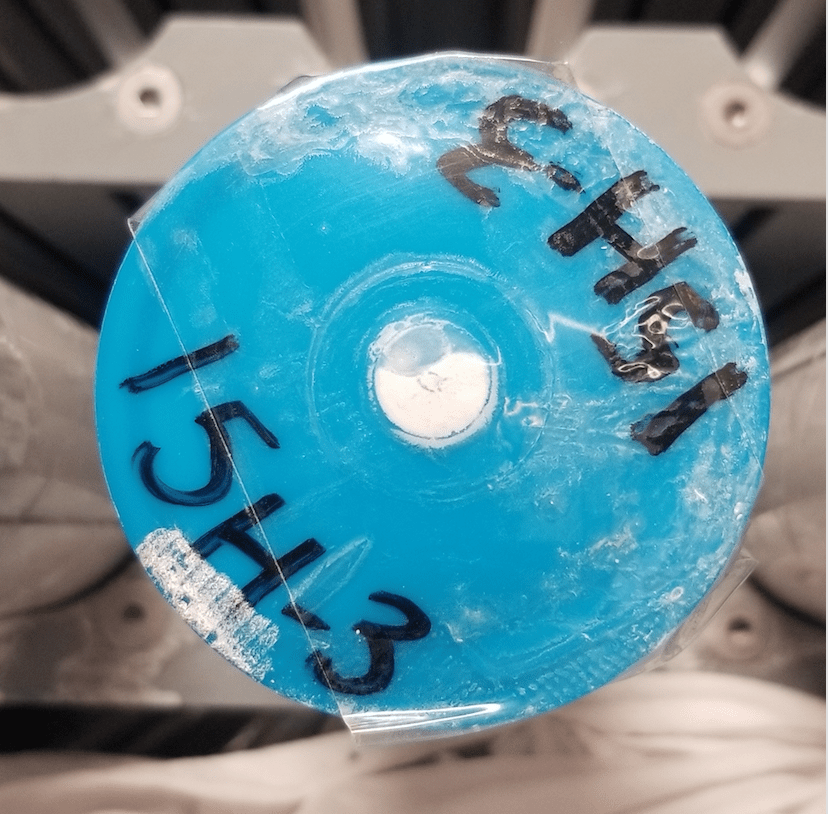 This blog post was written by Elizabeth Sibert, a petrologist on Expedition 378. She can be found on Twitter as @elizabethsibert.

As of today, we’ve been on location at IODP Site U1553, bringing up core, for just over a day.

1553 has some fun prime number-related properties, brought to you by a good friend of mine, Scott Kominers:

There’s something oddly poetic about being only able to drill a single site and having it be a prime number. But all this got me thinking… How unique is this situation, really?

There are 245 primes between 1 and 1553, so the likelihood of a site being prime at this point is 245/1553, about 16%. But what are the odds of an expedition having a prime numbered site? What about a cruise with only a single site?

There have been ~288 DSDP/ODP/IODP expeditions since the program’s inception in 1968. This number is a bit fuzzy, since it includes transits, shortened and combined legs, and sites drilled by Mission-Specific Platforms or on the Chikyū, which often look very different from typical JOIDES Resolution or Glomar Challenger (its predecessor) expeditions. All of the platforms have separate numbering systems, with the Glomar Challenger and JR sharing a single set of ascending site numbers. The MSP and Chikyū sites both start over again from 1, which can add to the confusion.

It turns out that within the IODP (and historical) programs, there have been 32 missions which drilled only a single site, 25 of which were drilled on either the JR or the Glomar Challenger. Of those, there were four expeditions that drilled in the same hole, Site 1256 – it’s a lot of work to drill into hard basalt, so they keep going back to drill deeper. Legs 343, 348 and 370 drilled prime numbered sites C0019, C0002, and C0023 respectively, using the Japanese drillship, Chikyū, and a transit leg on the JR, Leg 320T, re-visited just Site U1301 to do some operations, but there was no science party on board, and no collection of data or samples. This gives us, Expedition 378, the unique honor of being the only JR or Glomar Challenger expedition to drill a singular prime numbered site.

If we’d been able to drill the full expedition as planned, we would’ve had 4 additional sites, meaning that our site numbers would have been U1553 though U1557. U1553 would be the only prime of the lot, not a particularly unique situation – most cruises have 1-2 prime numbered sites. The very first leg of the Deep Sea Drilling Program, Leg 1 has the most prime sites or a Glomar Challenger or JR expedition: Sites 2, 3, 5, and 7. Leg 325, a Mission Specific Platform expedition, drilled a record 6 primes out of a whopping 29 sites: 31, 37, 41, 43, 47, and 53. And Legs 6, 38, and 155 tie for the record for most sites drilled using the Glomar Challenger or JR, at 17 sites each, but they have only 3, 3, and 2 prime numbered sites, respectively. To get to the next prime number on our cruise (1559), we would’ve had to drill 6 additional sites – something that might have happened on the originally scheduled expedition back in 2018. But if we’d sailed on the originally scheduled timeline, our site numbers would’ve been entirely different.

So really, what are the odds of an expedition with a sole, prime-numbered drill site? There are 25 Challenger or JR expeditions out of 265 that drilled only a single site, 9.43% (and if we take out the transit legs it’s just a bit lower, 24/262 = 9.16%). This, together, with the likelihood of a leg being prime, gives us:

about a 1.5% chance of an expedition on the JR or the Glomar Challenger drilling a single, prime-numbered site. At those odds, there should have had at least 4 expeditions with this property. But we’re actually the first. And that’s pretty special. You might even say it’s prime!

p.s. In my role as a Physical Properties Specialist on the ship, I make a number of measurements on the cores. The first measurement I made after a core was split was something called a p-wave velocity measurement – and wouldn’t you know, p-waves traveled through that part of the core at exactly 1553 m/s.