Excellent Logging
Back into basement 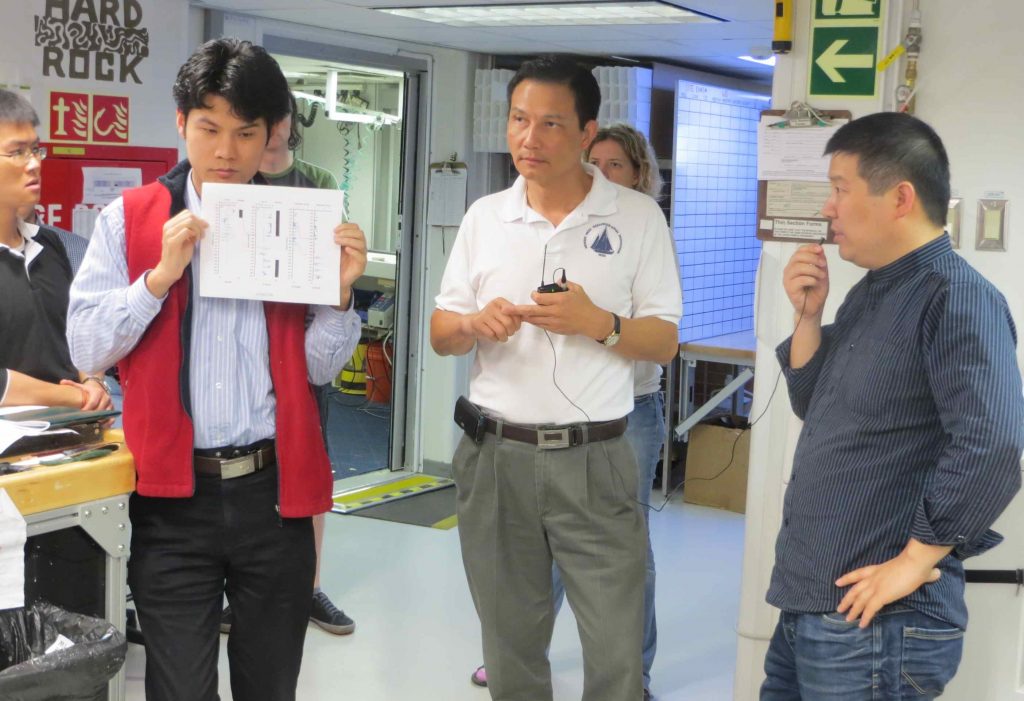 We are now drilling in our new location, Site U1434, just north of our last drill site and the scientific party are mostly writing their reports and waiting for the new material to arrive. In the meantime we have been debating the age at which the volcanic rocks at the base of our section were erupted since this is a key part of our debate about the tectonics of the basin and why it exists at all. Our initial results are somewhat confusing because some of the fossils are suggesting much older ages than other types of fossils. To make matters more complicated the magnetic properties of the rock also suggest that eruption of the basalts was rather slow at the end of the volcanic phase, which was rather surprising given what we know more generally about mid ocean ridges. We are now trying to reconcile these different data sets, although it may be some time after the end of the cruise that the debate is finally settled by additional radiometric dating. In this picture you see the debate, chaired by co-chief Jian Lin (center) going on in the lab this morning between the paleomagnetic group as represented by Qingsong Liu (right) and various interested parties who are cross-examining them about why they have come to the conclusions that they are favoring, at least at the present time.