What do microbes eat?
We Have Reached the First Location! 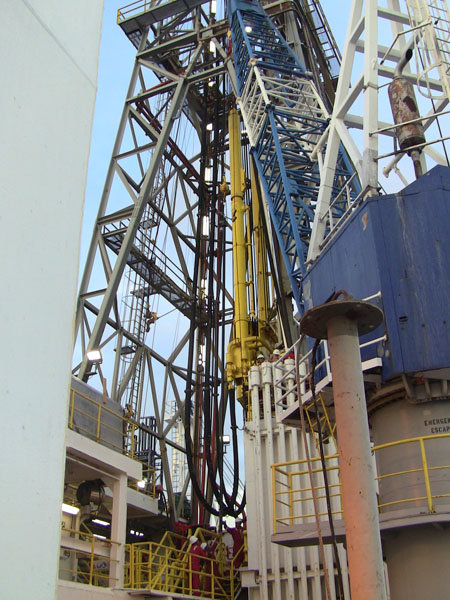 The big day has arrived!! We have reached the first drilling site. The crew has been tripping drill pipe since a little after midnight and they were still at it at sunrise. Early this morning the scientists went through a short training session on how to log (record) the core data into the computer database. This is extremely important so that cores do not get mixed up. The weather is warm but the sky is overcast.
Yesterday, scientists met as a group for the last time in case there were any last questions. The meeting was conducted by one of the science co-chiefs.Before the expedition is over, a report must be written by each group of scientists. The scientists have been very busy writing up the methods portion of their reports for several days now, along with getting the labs setup. Since the end of the voyage will be very busy with packing up equipment and writing the final reports, the scientists try to get much of the preliminary report writing done early.