What do microbes eat?

Food for the Microbes
Arriving at First Site 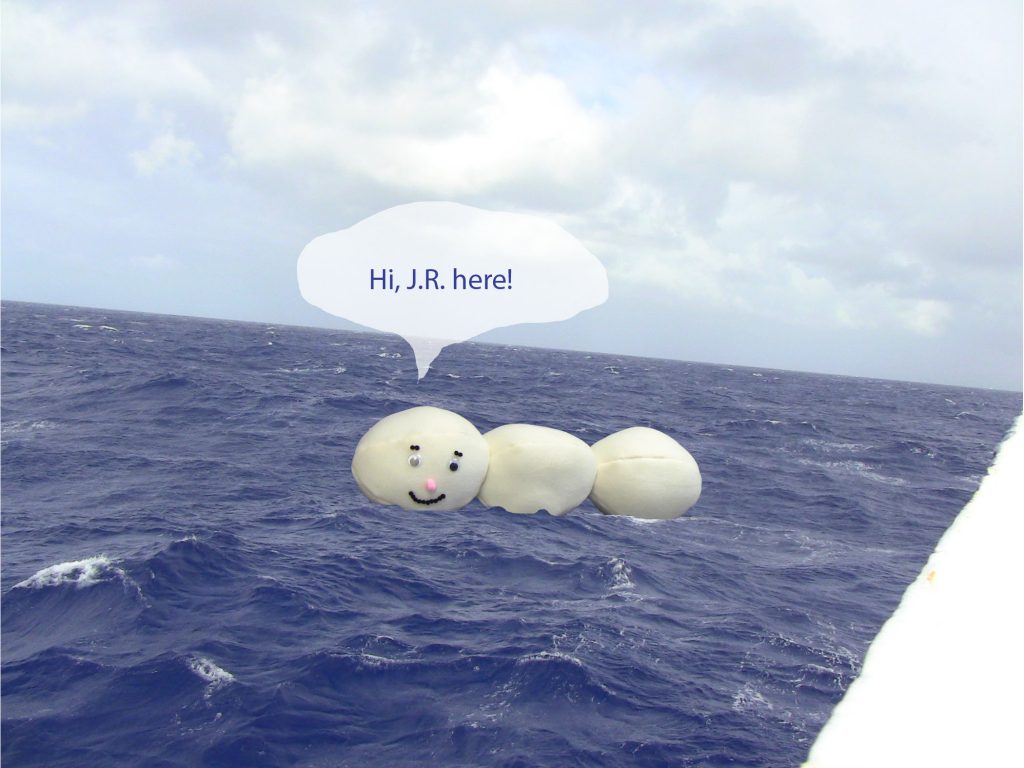 Hi guys and gals!! The weather this morning is very nice. We have warm temperatures and nice blue skies. Today I want to tell you a little bit more about the science part of Expedition 329. We are sailing far out into the ocean to an area where there is very little ocean life at the surface. This is because there is very little food available. The small numbers of organisms that do live out here eventually die and sink to the ocean floor where they become food for other living things. Some of the scientists think that there may be very small living things, called microbes, living in the sand and clay (called sediments) that covers the hard ocean floor. They want to know what these microbes eat! They sure don’t eat things like pretzels, potato chips, and candy. A group of the scientists think that radioactive particles in the sand and clay can cause some of the ocean water to break up into the chemical elements called hydrogen and oxygen. Some microbes can use the hydrogen for food. That’s strange! Hydrogen is a gas and is the lightest of all the chemical elements. Well, some of the scientists on board the JOIDES Resolution are here to find out if microbes mainly eat the little bit of dead organisms falling to the ocean floor or do they hydrogen? Guess what I ate for breakfast this morning? I’ll let the scientists figure it out.