The day the dinosaurs died or at least the non-avian ones.
Whales&Science-Presentation/Wale&Wissenschaftsvorträge (bilingual version) 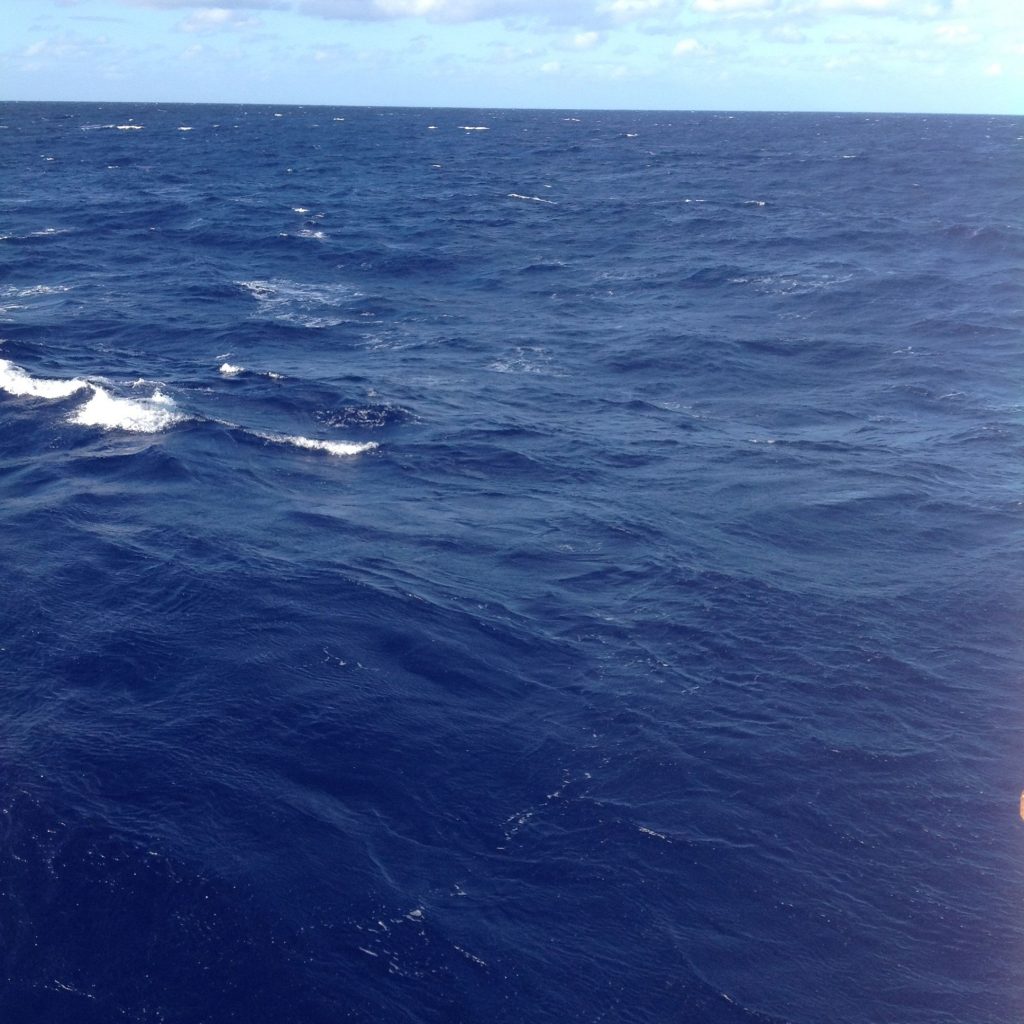 After a smooth transit from our last site, we arrived at Big Blue (Asut Tesoru-) Seamount last night. But it is not easy to get really close to these serpentinite mud volcanoes. Even now, we have arrived at our target position (Latitude: 17°59.167000’N and Longitude: 147°6.000490’E) we are still 1500 m above the seamount. Only with JOIDES Resolution’s drill-string we are able to touch it. The first coring attempt hasn’t been very successful, since intrusion of the Core Barrel  has been blocked for reasons unknown. So it seems the mud volcano is not an easy object to be drilled into. It is no wonder, that these seamounts are not very much commonly known, because one can not simply see them or walk around on them. Their summits are so deep below sea level, that neither a ship nor it’s Captain or Crew realize anything, just passing over one of them (see Photo above). Yet we know for certain, that they exist and we even know their shape. Bathymetric data give us an impression, how Big Blue looks like, a mountain comparable to the size of Mt. Kosciusko’s size. But different from Australia’s highest peak, Big Blue resides down there in the darkness of the Pacific seafloor, still widely unrecognized by the world up here. (See Map below and References).

So science has provided valid data about the mud volcanoes and after this expedition we are going to know much more about them, even their innermost consistence which might tell us the story of how they erupted and how old they are. What still remains to be done for everybody interested in them is to construct one’s own imagination of the particular seamount. For the scientists on board I think I can say: “We’re making it.”