The day the dinosaurs died or at least the non-avian ones. 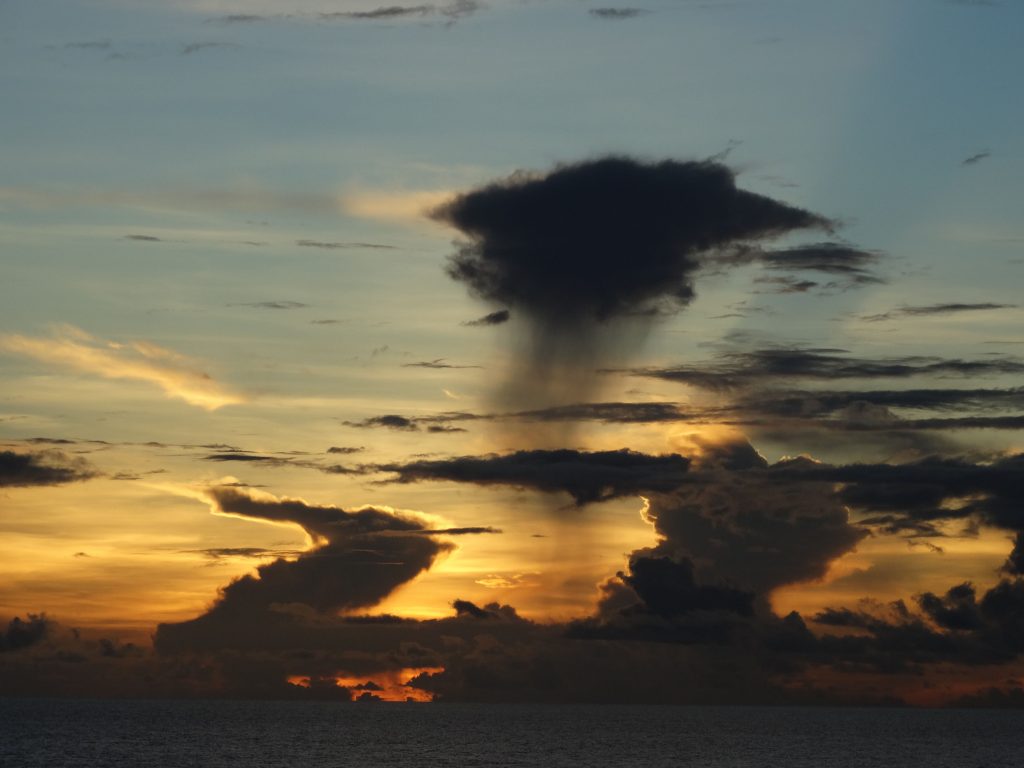 Scientists can argue for decades over a working hypothesis before consensus is ever reached. We can spend our entire careers disagreeing and trying to counter other arguments regarding a particular scientific concept. Due to this natural skepticism, a humongous body of evidence is required to dismantle any pre-existing idea.

One example of this skeptical scientific process involves telling the story of what might have led to the ultimate demise of the non-avian dinosaurs (and ammonites, calcareous plankton, and many other species) at the start of the Paleogene. What really led to the extinction of the dinosaurs? Did the dinosaurs perish due to a gradual environmental change that began with the flood basalts from India’s Deccan Traps or an abrupt environmental change triggered by a bolide impact, or maybe something else?

In 1980, Walter and Luis Alvarez uncovered an iridium deposit in Gubbio, Italy. This layer of iridium rich clay drove other geologists to search for and then discover the deposit in many other localities around the world. This extraterrestrial material pointed towards the hypothesis that a large impactor about 10 kilometers across slammed into our Earth helping to explain the presence of iridium. Then, low and behold, the actual impact crater was discovered on the Yucatan Peninsula by a geophysical survey in 1991. The Chicxulub crater convinced many scientists that the bolide impact that created it contributed to the extinction of many species including the dinosaurs. However, the discussion is ongoing.

Evidence drives science. Enough data (evidence) needs to be collected so a hypothesis can move forward otherwise scientific disagreements will persist until a consensus is reached which can eventually birth a theory. This scientific process can last decades, however the discourse helps drive science in a positive way and can shed light on our complex global Earth processes.

On a less serious note, my time aboard the JOIDES Resolution has been filled with sunsets, science, subduction zones, volcanoes, flying fish, trade winds, the ITCZ, the Philippine Sea, the Bismarck Sea, an equator crossing, and new friendships helping to create a fantastic opportunity supported by IODP to enjoy two of my favorite things; geoscience and adventure.

For me, the knowledge and expertise that has been shared through the geoscience lectures and activities during the School of Rock have been inspiring.