Beginning of a new story or continuation of an old one?

And so the work begins
Heave Compensators and Thrusters 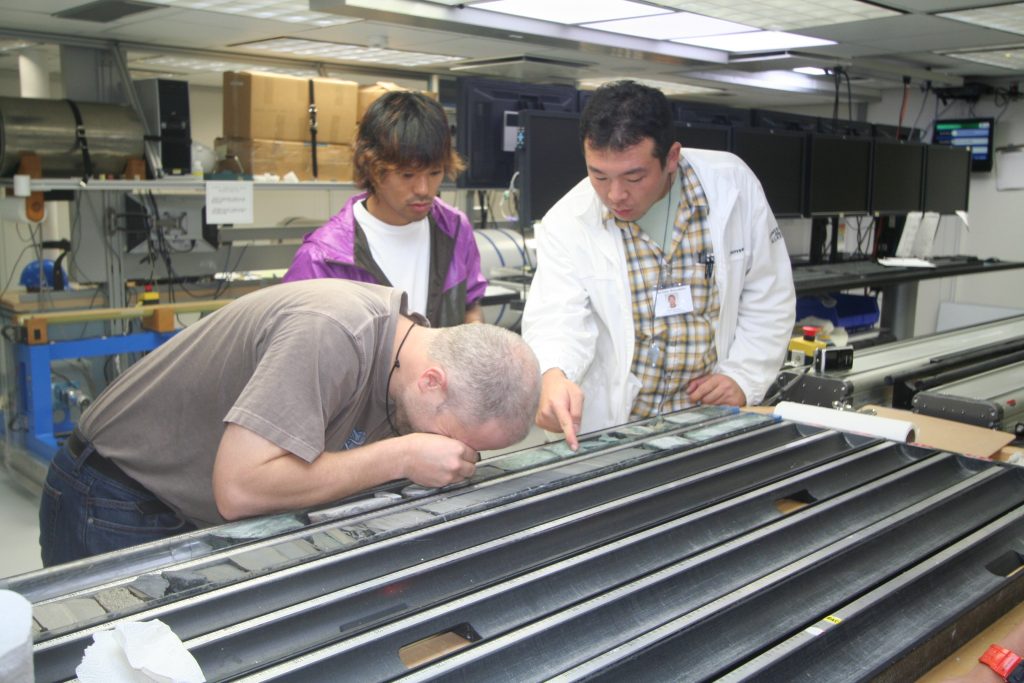 We are winding down our second day of coring at the first site on Shirshov Massif and already finding things we expected, and more interestingly, finding things we didn’t expect.  Still it’s too early to say what kind of story we have from these rocks that the scientists are analyzing. On a particular and detailed level, from talking to the scientists, we are seeing rocks indicative of a reducing environment.  Then why are we also getting samples indicating an oxidative environment – perplexing….

What I like about geology is its detective-like way of investigating phenomena and trying to fit pieces of a puzzle that at first glance seem not to fit. But we are at the beginning, with much more analysis to come that may answer the growing number of questions that have emerged over the past two days. Most here agree on one thing – coring at the edge of the rise poses certain challenges, mostly that this is the least stable part of the structure, meaning lots of things happen at the edge, land slides, potential for earthquakes, volcanic eruptions and lava flows. The hard part is teasing apart these potentially interacting forces and putting the picture back together again.

One thing is always for certain – never a dull moment!