Behind the Science – Amazing JR

If you are taking part in an IODP expedition and you are a science teacher who only had the chance to read in the textbooks about research on the seafloor, it is quite impossible not to fall in love with the JOIDES Resolution. Do you want some reasons? Here is the interview with our Operation Superintendent Stephen Midgley who is always ready to explain the on going operations and to delight you with some amazing facts about the JR. 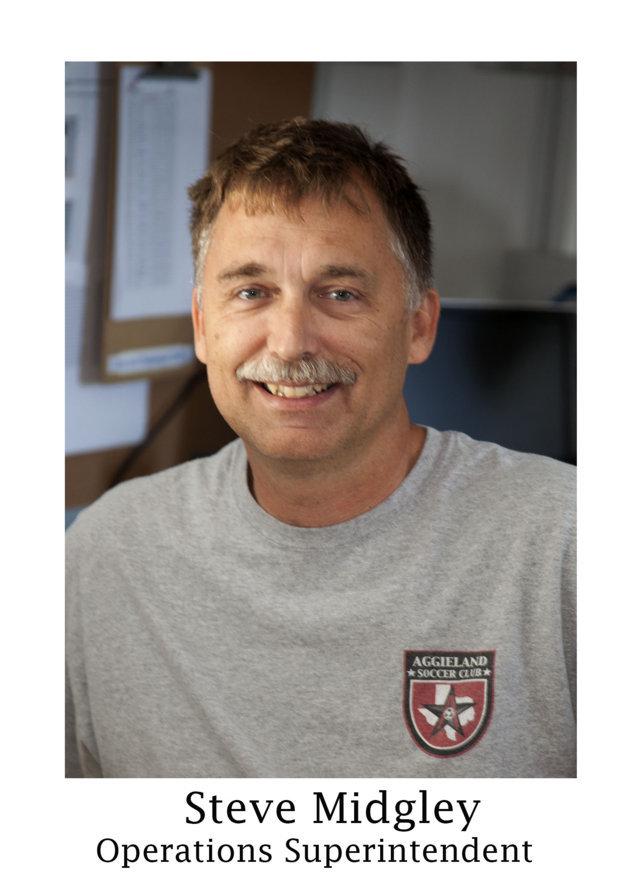 Q: How many expedition have you taken part in?

S: 25 Expeditions plus a 2 year period in the shipyard during the most recent conversion of the JOIDES Resolution

S: Operation Superintendent in charge of 1) directing the main subcontractor Siem Offshore (vessel owner) in the expedition work 2) directing our other subcontractor, Schlumberger in the logging work done on the expedition 3) Contracting officer’s Technical Representative – oversee the execution of the work according to the contract. 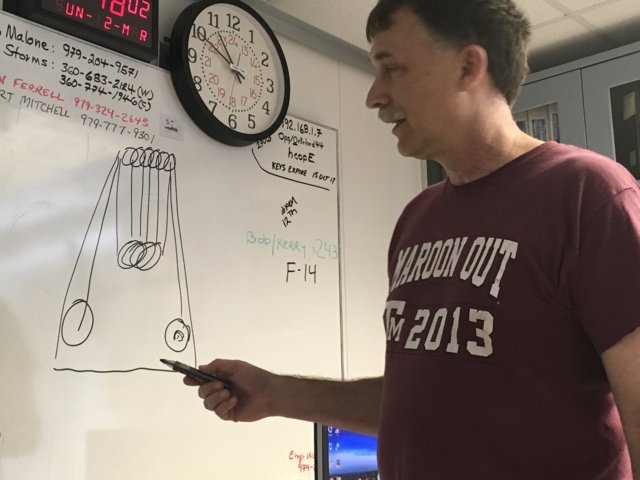 (Stephen trying to explain me how we can take back on the ship the core barrel. We broke a piece involved in this operation during the expedition and a ship from Hong Kong came to bring us a new piece. Fortunately we were not so far away from shore)

Q: What was the most difficult situation you’ve faced during your your expeditions with IODP?

S: I’m not sure that there is a single most difficult situation, they are all unique and quite difficult to compare. Here are some examples

2. Loss of a nuclear source on Exp 342 – Newfoundland Drift. The logging tool became stuck in the bottom of the BHA with 17 m sticking out the bottom. When we cleared the seafloor, the logging tools snapped off. We were required to look for the tools.

4. Fishing operation on Expedition 360 – Indian Ridge. We lost 4 cones in the hole and had to make multiple fishing trips to retrieve hardware broken and lost in the hole. We eventually cleaned up the hole and continued coring.

6. We been stuck numerous time and have had to sever the pipe to become unstuck. Each event loses around 100,000 USD in the hole. 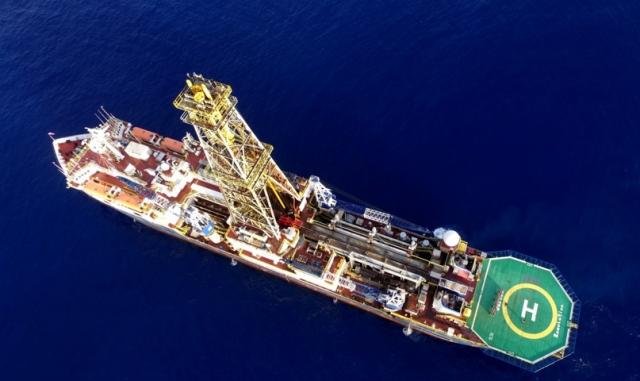 (Picture took from a drone flying above the JR. Credit: Jiansong Zhang)

Q: Steve, can you dazzle us with impressive information and statistics about the JOIDES Resolution and the ODP/IODP/IODP programs?

S: A. The practical operating depth of combined water depth and penetration is between 6K and 7K. We always have enough drill pipe on board for each expedition, but a failure at maximum depths could cause drilling operation to stop for up to a year. Our pipe is very specialized and has to be made for us.

C. We generate enough power to supply a small city (around 10 thousands homes)

D. We can generate almost 7000 liters of drinking water in 1 hour or 168000 liters in 1 day.  We can only store enough drinking water for around 5 days with a full crew/science party on board. All of our water at sea is generated from sea water (distillation). (See the post ” water in the sea”)

F. Our mud pumps and piping are capable of pumping up to 330 bar

G. Our cement pumps and piping are capable of pumping up to 660 bar

H. The top of our derrick is around 57,9 m above the water line (variable with draft)

I. The Bridge of the Americas, across the Panama Canal is around 63 m above the water line (variable with tides).

J. The JOIDES Resolution has crossed 80 degrees N which is only about 600 km from the North Pole (Leg 151 – the first expedition I sailed on!)

Maybe now, you can partially understand why it is impossible to not fall in love with the JOIDES Resolution!