Taking the Pulse of Subduction: Dr. Fryer
Magnificence (back) at Fantangisna, and Playing Catch-up… 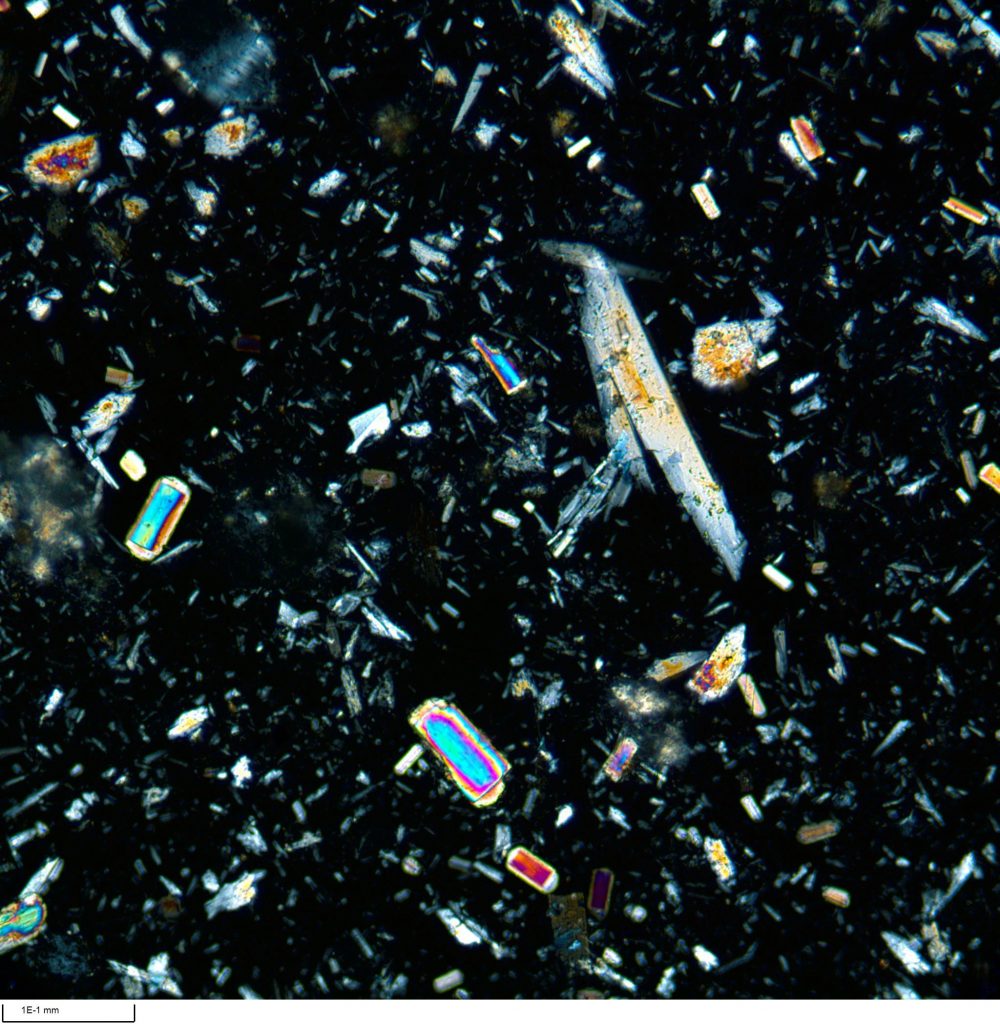 On board of the JOIDES Resolution geologists and biologists with different research focuses have gathered together to explore the Serpentinite mud-volcanoes of the Mariana Fore-arc. One of them is Jianghong Deng, a chinese postdoc-scientist of University od Science and Technology of China (USTC) in Hefei City. At home in USTC Jianghong has worked on island arc volcanism and related deposits, among them iron, copper and gold. 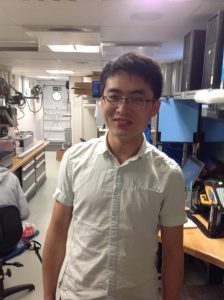 He is very experienced in identifying different minerals in hard rocks under the microscope. In the course of this expedition also pelagic sediments and serpentinite mud has to be identified. So he spends most of his time on describing the mineral composition and the contained microfossils of these samples.  It is in fact not easy, for an untrained person it is impossible.

For making the minerals visible, the scientists use thin sections made of rocks and the smear-slide technology for the mud-samples. Therefore very little amounts of the sample are spread on a slide in a very thin layer, that can be transmitted by light. In both cases polarized light is used. Under  50x- 400x enlargement, the textures of the minerals can be identified. 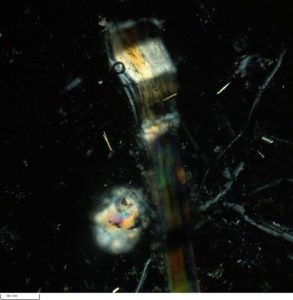 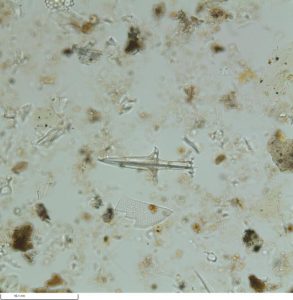 Prevailing minerals in the samples of the serpentinite mud volcanoes are for example serpentine, brucite, magnetite, spinel and garnet. But in the pelagic sediments also a lot of different microfossils and nannofossils can be found. The siliceous sponge spicule, one type of microfossils, can even look like knives, he points out (see Photos above). For Jianghong Deng this expedition represents a chance, to enlarge knowledge of geochemical processes of the fore-arc region, which provides a clue to better understanding the island arc magmatism, one of his predominant research themes.