One of the two Co-Chief-scientists of Expedition 366 is Patty Fryer, a Professor of Geology at the University of Hawaii. She is mainly concerned with plate-tectonics, the metamorphism of supra-subduction zone regions and the associated production of serpentine mud and other geochemical cycles. 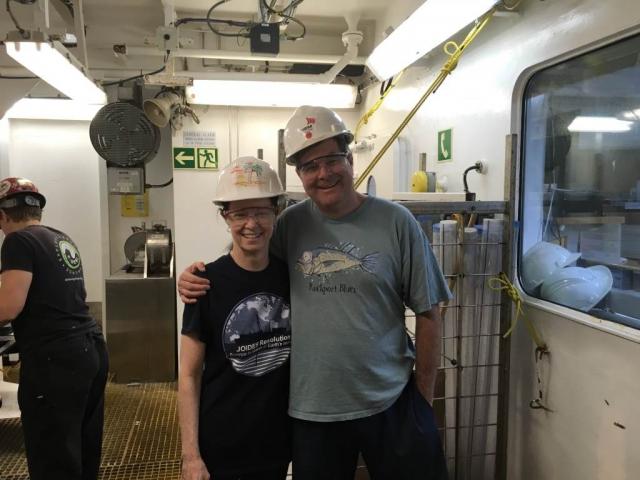 When one summarizes the times Patty Fryer has spent on research vessels exploring the earth under the sea, it turns out that it has been more than three years. Among these expeditions have been really striking ones, like the first use of the ROV (remotely operated vehicle) Nereus for a test in Hawaii in 2008 and the exploration of the Challenger Deep in 2009 with it. In 2012 Patty came back to the Challenger Deep together with James Cameron, to advise further exploration of Earth’s deepest point under the sea. Why then is she going one more time at sea with IODP Expedition 366 on board of the JOIDES Resolution?

There is a clear answer to this: “To take the pulse of subduction”. She explains to me, that earthquakes at suduction zones like the Mariana Convergent Margin likely correlate with fluid releases out of the down -going plate, which cause eruptions of the serpentinite mud volcanoes, like the ones we are exploring on this expedition. Patty outlines the option of a future monitoring of earthquake and mud-volcano-eruptions based on the drill-holes at three mud-volcanoes that we equipped with screened casings during our expedition.

One may ask, if there are any secrets to be expected in the blue-green serpentinite mud. Patty is sure, that there are some. For example the color itself is unexplained. Furthermore, she expects more information about how life may have come into existence on the early Earth. Focus on that research has shifted from hydrothermal systems at mid-ocean ridges to subduction zones, mainly because of the cooler temperatures, the highly reducing conditions and the availability of hydrogen and methane. 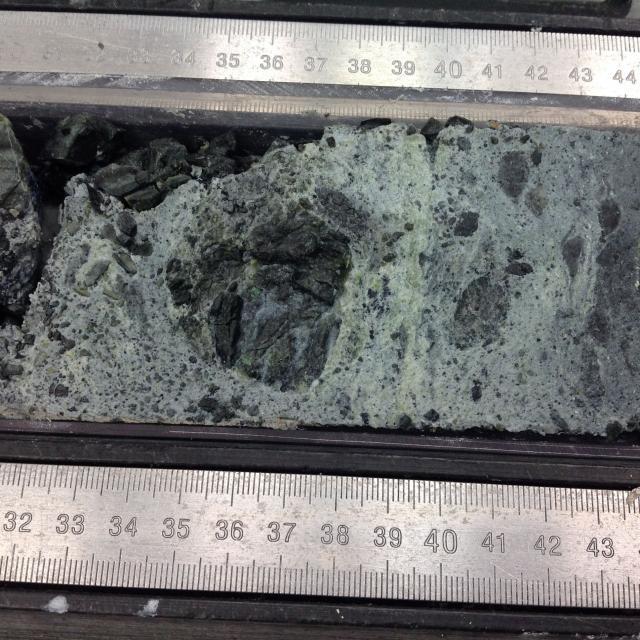 Has she imagined before drilling into the seafloor, what might be going on down there, is my next question. Sure she has. She can almost see the fluids being released during an earthquake on the top of the down-going Pacific plate, rising along the ground-up faces of faults, invading the surrounding rocks like grasping fingers, turning everything it touches to serpentine, and rising as a mush through the mud volcano conduits to burp, or flow out onto the seafloor and form monstrous mounds of mud. One believes, that for a visionary Geologist like her the thrill of discovery will never end.

Finally I want to know, if in her opinion the knowledge of geosciences increases respect for nature in the scientist himself. “Absolutely yes”, Patty says, “in so many ways. It makes us feel so small when we realize the grandure of nature and see, how interrelated all the fields of science are. How can you not love nature, when you learn more and more about it”?

So it seems to me, that Dr. Patty Fryer is not only taking the pulses of subduction, but also sensitive to different other pulses of the Earth.