Bumps in the Road 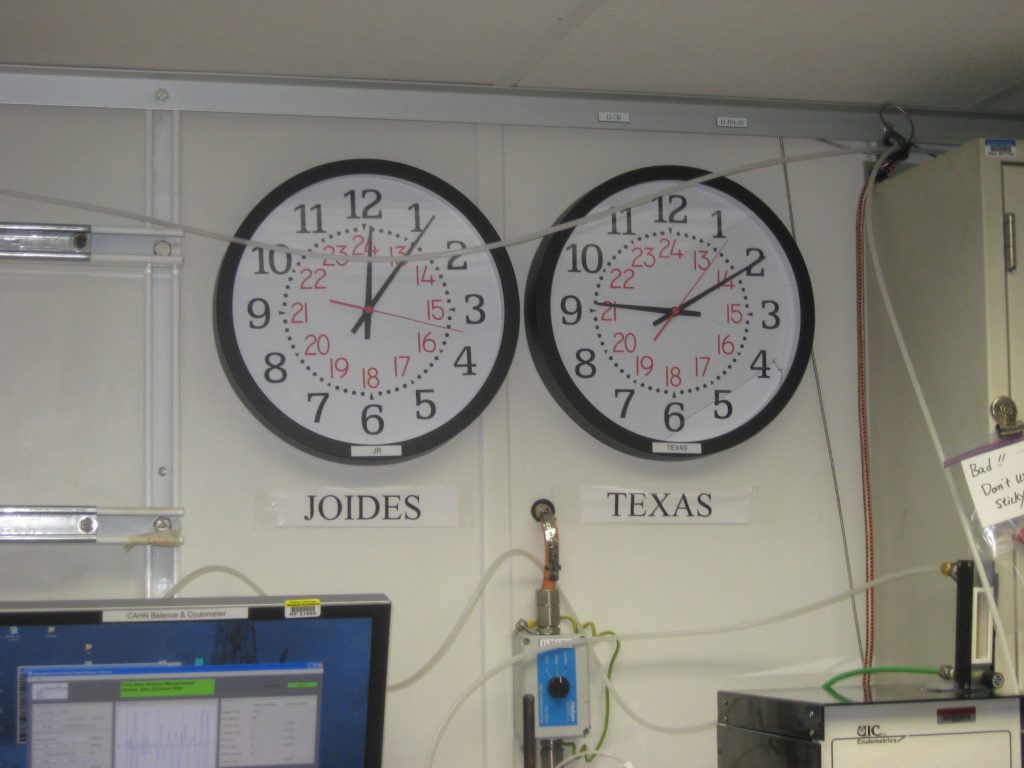 Well, the last 24 hours have been educational, to say the least.   I’ve learned some things about what NOT to do when working with the ship’s website.   But I guess every task has a learning curve, especially when working with technology.  I’m sure I’ll get it all straightened out eventually.

The video conference we had scheduled for tomorrow has been delayed, so that was bit disappointing, but we’ll give them another go next week.  I’m hoping to do a test with my school on Wednesday so that we can get the calls to my school on the calendar.  We advanced the clocks an hour last night/this morning, so we are now on Greenwich mean time + 11 hours.  We will be advancing the clocks two more hours between now and our arrival on the first drill site.  I’ve switched over to my official shift.  I took a nap and got up at midnight, then I’ll get done at noon.  This is going to allow me to be awake when most of the US is, so that will work out better for video conferencing.

The scientists aren’t on shift yet, so I haven’t seen many of them today.  I’ve been wandering around the labs and taking pictures and talking to the tech staff.  I’m getting a crash course in what will happen when the core starts coming in.  I hope to get some video interviews recorded in my next couple of shifts before things get crazy.