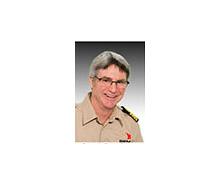 Captain Terry Skinner was born in Nova Scotia, Canada in the small coastal town of Lunenburg. He knew from a young age that he wanted to work at sea rather than an office. He rushed to leave school without finishing his qualifications and began work on Research Vessel Vema at the age of 16 working as a steward cleaning the cabins. During this first job he missed his girlfriend (later to become wife) so after 6 months at sea he changed jobs to work as a deck hand on fishing boat benefiting from the more regular 2 days leave after 12 days at sea.  Initially he was happy to be free from school however he soon realized that he was going to need to finish school to get the qualifications he would need if he ever wanted to be more than a deck hand.

After completing year 12 at school he returned to the water to work on a scallop fishing boat. These boats stopped work in January and February due to poor weather so in these months he worked to upgrade his qualifications slowly working his way through class III , class II and class I fisherman masters. 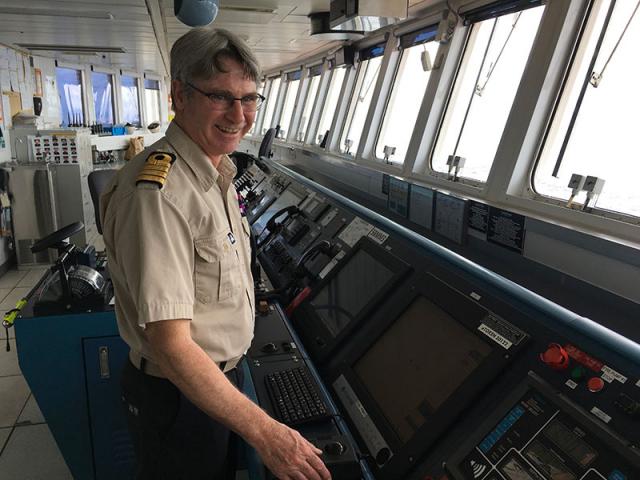 This has been the pattern of his career at sea. He has worked on a variety of vessels trying to find the best combination between time on and time off. During his time off he has had to find time to continue to upgrade his qualifications. This has often lead to him having to spend time away from home even during his time back on shore. His hard work and determination have paid off as he now holds the highest qualification available in his field – he is a Master Mariner. This qualification allows him to Captain any vessel anywhere in the world.

He first started work on the JOIDES Resolution as a third officer in 1995. In this position he was safety officer. He was promoted to second mate and then chief mate as he became more qualified. He became Captain 7 years ago. With the position of Captain came all the responsibilities that the position incurs. The safety of the ship and everyone on board are his responsibility and his decisions are final. He is on call night and day but generally wakes at 3 am to visit the gym before starting his working day at 5.15 am. He does not find the inevitable big decisions he must take the hardest part of his job rather leaving home at the start of each voyage. 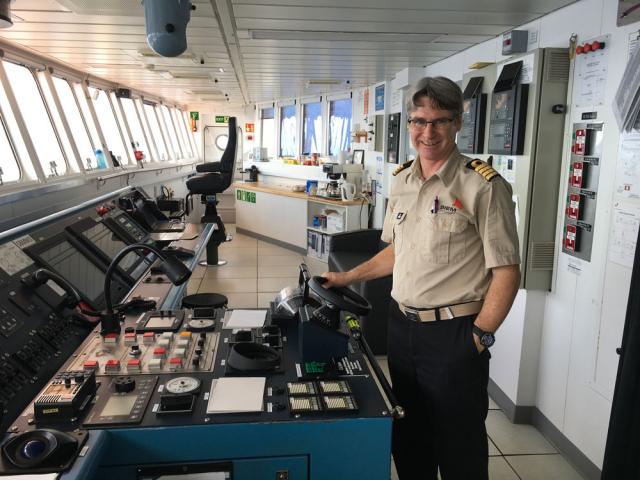 Today Terry’s job is mostly administration, ship handling, dynamic positioning, and ensuring that the ship complies with the International Maritime Organization’s regulations. “Safety of Life at Sea” (SOLAS) is a main priority. He needs to ensure the crew is ready for any type of emergency. Fire fighting is a large part of the drills that the crew undertakes. Each week there is a drill where a different emergency scenario is role-played.  Terry also has to make sure that the many hundreds of certificates that show the ship is compliant to the many regulations are up to date. Each time the ship goes into a port the port authorities request to see different paperwork to check it is current so Terry’s room is filled with file after file of documents ready for the authorities. In addition to routine port checks there are annual inspections. There is a huge rolling program of ship maintenance that is continually undertaken. In the last three weeks of an expedition preparations start for the handover to the next crew. The boat is washed from the top down starting with the cranes and then the radar mast.

Understanding and evaluating weather reports is crucial at sea. The captain and the mates watch weather on the ship’s radars, receive 4 hourly reports, evaluate weather satellite images and readsynopses. Ability to predict weather has improved beyond recognition in the last 20 years giving Terry more time to make decisions to reroute the vessel if weather conditions are unfavorable.

When Terry is captain we appreciate having such a competent and well-qualified person in charge of the ship. When he is on shore Terry’s focus is his family.  He enjoys spending time with his wife and they are happy that he no longer has to spend much of his time on leave studying. He has recently become a grandfather and proudly displays pictures of his family in his cabin/office.