Knock Knock Knockin’ on Basement Door
Long May She Run 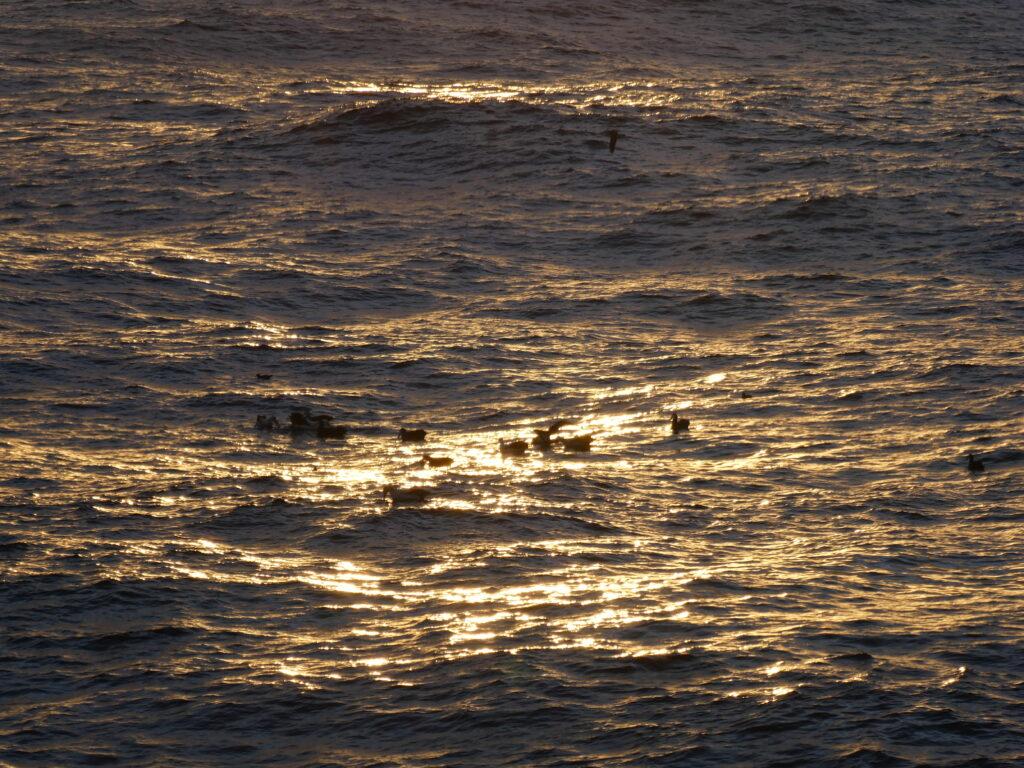 Drilling basalt was our goal at the second drill site. Core filled with this material should tell us more about the formation of the Agulhas Plateau. When was it formed, where in Earth’s mantle did the material originate, how quickly did it cool? When did sedimentation commence? Plenty of questions to be answered by the cores.

We recovered core after core, all black basalt. But all of a sudden, there was a core with several dozen centimeters of sediment. How could this happen?

We obviously had not reached the base of the plateau. Instead, these were lava flow sequences or sills. 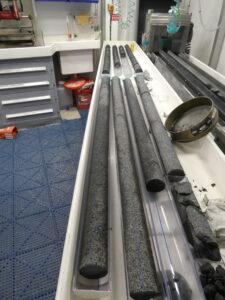 We drilled 120 meters deep into those sequences and found basalt a few times interrupted by sediment. The analysis of these two rock types will help us to understand the late formation stage of the Agulhas Plateau; the period when sedimentation was expected to be the dominant process, but the production of magma did not stop.

This site was also logged and we measured a set of parameters in the drill hole. This time, we also imaged the surface of the basalt in the hole. We thus detected fractures and cracks, which cannot be recognized from the cores alone.

After drilling a second shallow hole to recover a specific interval, we left the Agulhas Plateau for our next site at a location about 620 kilometers towards the northeast, in the Transkei Basin.

We have a slightly different focus in the Transkei Basin. Here, we want to concentrate on the reconstruction of Cretaceous climate and environment of about 90 million years ago.

The journey to the Transkei Basin took 30 hours. Now, we start again.