150,000 Pounds of Stuck
Paleo-Fashion and the Green Stuff 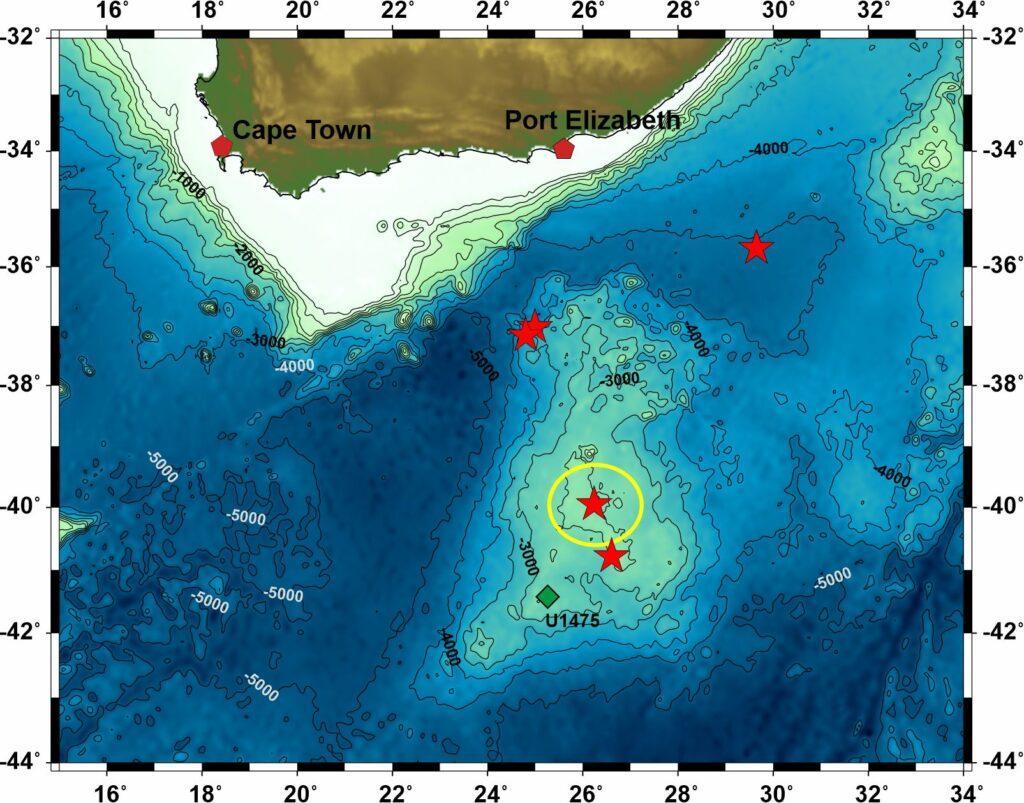 We have been on our way for 10 days now. The Agulhas Plateau is our destination. This is a huge submarine volcanic plateau, south of Africa, which rises up to 2,500 meters above the surrounding seafloor.

Why are we interested in this plateau? What makes it so fascinating?

The area south of Africa, also known as the Africa-Southern Ocean gateway, is one of the three gateways connecting the Atlantic, Indian and Pacific oceans in the Southern Hemisphere. Currents transport heat, salt and energy from one ocean to the other, thus maintaining the global overturning circulation. This global circulation results from temperature differences between the glaciated poles and the equator. Surface currents transport warm waters towards the high latitudes and cold waters flow back in large water depths. But this has not always been the case. 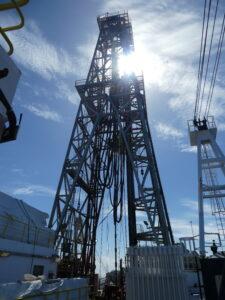 It was much warmer during the Cretaceous—that is, until about 66 million years ago—than today. The poles were not glaciated, and there was no temperaturegradient between the poles and the equator. So, what did the global circulation look like? Did currents exist, which connected the oceans? Little is known about this.

The Africa-Southern Ocean gateway was the first of the three gateways to open. This commenced about 130 million years ago when Africa, South America and Antarctica separated. We thus would expect the quick development of a connection between the evolving Indian and South Atlantic oceans. Currents could have transported heat and energy from one ocean to the other.

However, geo-scientific studies have shown that shortly after the onset of this separation process between the continents, the Agulhas Plateau was formed in the gateway. Volcanic activity over a few millions of years resulted in the emplacement of the plateau. This may have been similar to the recent under-sea eruption near Tonga; just more intensive and for a much longer time.

We are now on our way to test this hypothesis. We aim to retrieve drill cores at five locations. Those cores will be analyzed to provide information on the formation of the Agulhas Plateau. When was it formed, what was the environment at this time, and how did it change over the millions of years?

Having arrived at our first drill site (indicated by circle in map), we already have retrieved very interesting material.