Paleo-Fashion and the Green Stuff 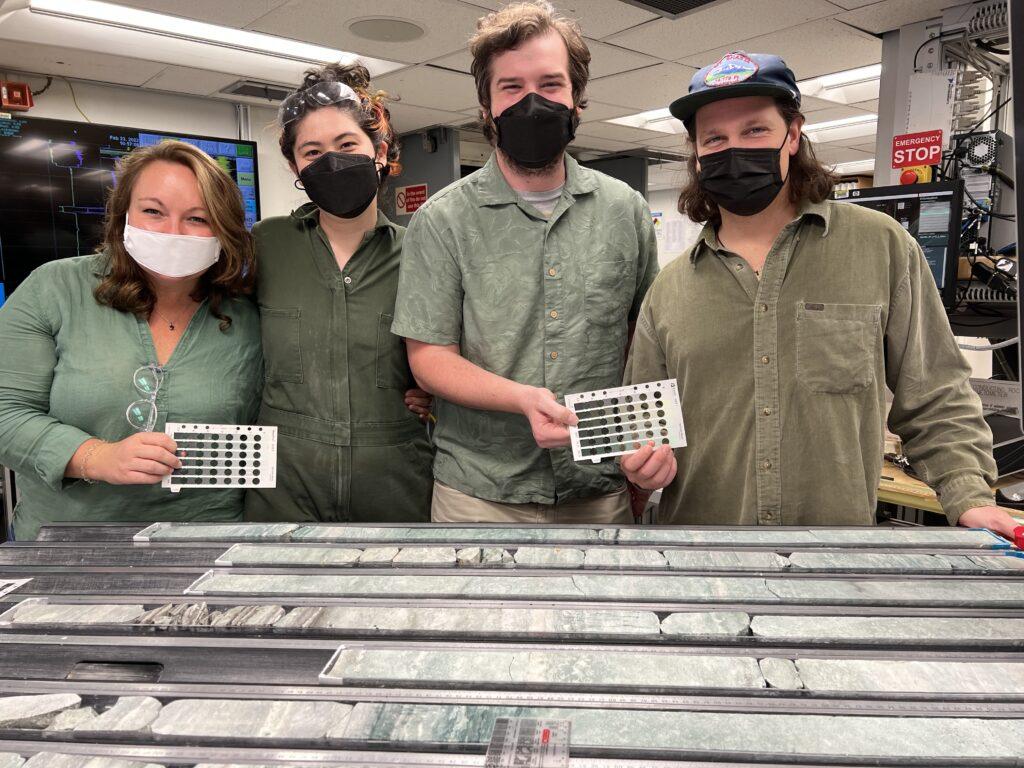 At today’s noon crossover meeting, representatives from each of the scientific teams presented findings from the past 24-hours to each other. It’s normally a laid-back affair, an information exchange between shifts, sometimes with a couple provocative questions peppered in.

Today, however, there was no small debate about the green stuff.

The ~70-million-year-old cores coming up from 660 meters below the sea floor are gorgeous shades that might (unscientifically) be described as an amalgam of olive, avocado, khaki, teal, jade and turquoise. 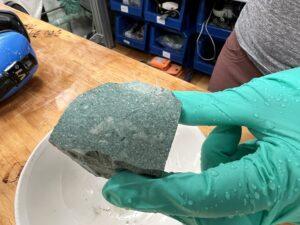 Some at the meeting ventured these cores contain glauconite. Others argued chlorite. “It’s just reduced iron,” one said.

The paleomagnetists reported that their analyses of the green stuff “look weird,” with output that appears like windshield wipers going back and forth.

Even on a ship full of folks who live and breathe rocks—which, of course, are made up of minerals—the true nature of the green stuff will remain a mystery until it undergoes X-ray diffraction (XRD), a technique that gives details about the main mineral phases of a sample.

“The universal consensus is, nobody likes ‘em,” piped up sedimentologist Don Penman, attempting to put the issue of the green cores to rest until XRD results are in.

Not so fast, Don. 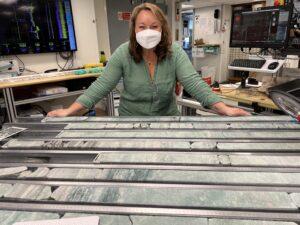 All just so happen to be color coordinated today, with each other, and the green stuff.

“I dress stratigraphically,” explained Hayley, ever fashion-forward. “Whatever appears on the top of my pile of clothes is what I put on.”