You Asked, We Answered.
Let’s Get This (Sampling) Party Started 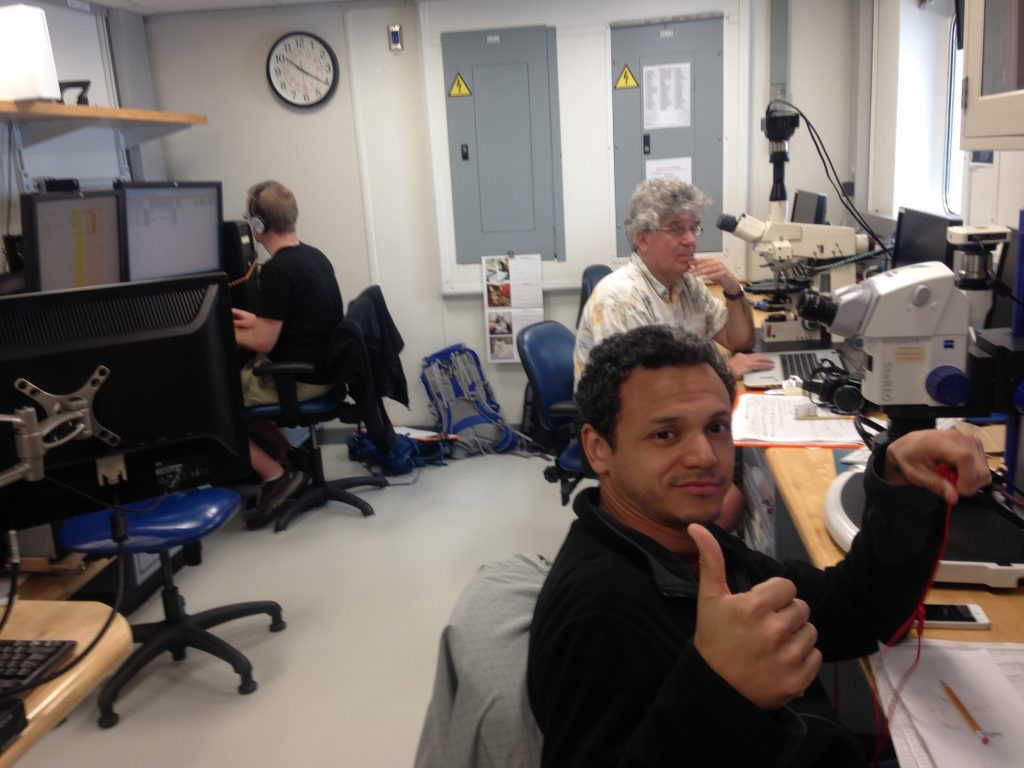 Mike, Jeremy, Oliver, Carlotta, Gustavo. Another team to describe the rocks. They are interested in the organization of the minerals. 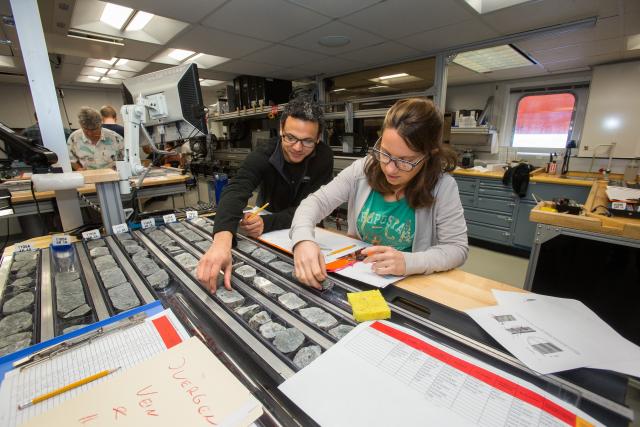 Gustavo is focused on crystal plastic fabrics. He tracks the deformation
shown by minerals that have changed their original shape due to
modifications in pressure and temperature due to a process known as
solid-state flow. The intensity of the crystal plastic fabric is related
to the degree of deformation and/or recrystallisation of the rock: “0”
means that the rock is undeformed, while “5” represents a fully
recrystallised rock. This information helps to understand the way
deformation is distributed and further localized.

The other way to deform a rock is the brittle deformation when the mineral are broken. It happens in a different context, for example when temperature is lower. Jeremy’s work is to identify and describe such deformation. 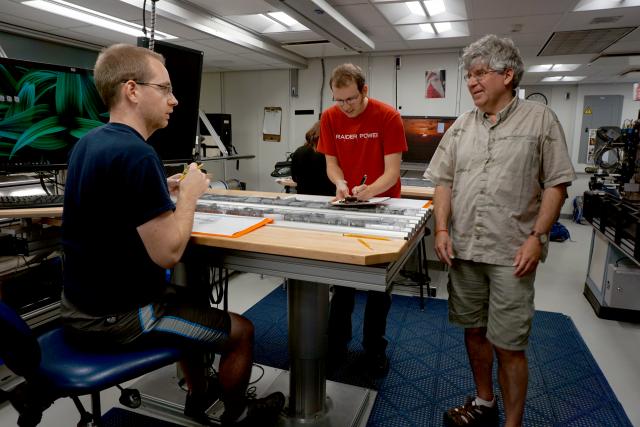 Mike and Oliver observe the veins…

Mike is examining the core for intrusive magmatic veins, magmatic
contacts and cross-cutting relationships to better understand the
relative timing of magma intrusion and crustal faulting. He recognizes
the type of boundary as intrusive or faulted or as an internal magmatic
contact, describes what they  look like and measures the dip and dip
direction of the feature. it’s the rich interplay of these two processes
that ultimately define how ocean crust grows.

There is another type of veins, the alterations ones. They are due to
fluids percolation and are characterized by new crystallization. Oliver
is specialized in these veins. 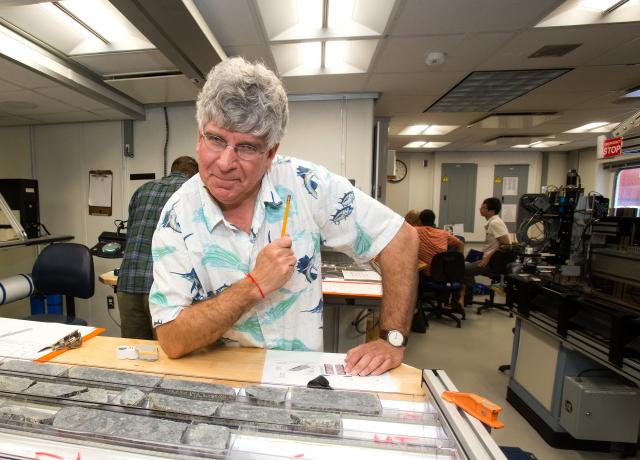 The complementary expertises of the members of this team, allow them to work individually and efficiently ! 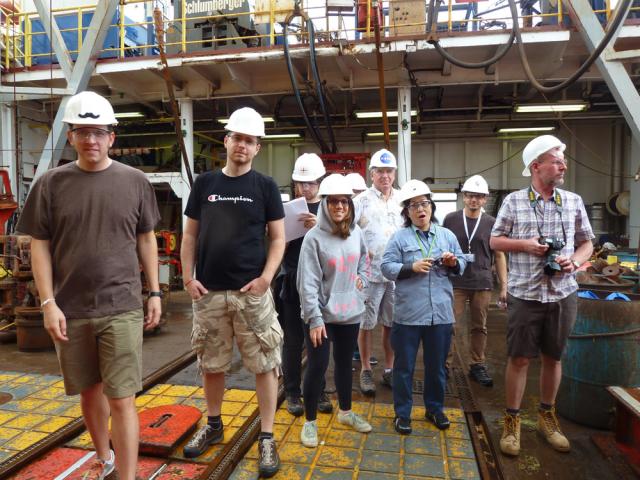