Coring is Never Boring in the Gulf of Alaska

Journey into the past
Pyrite C. Monster 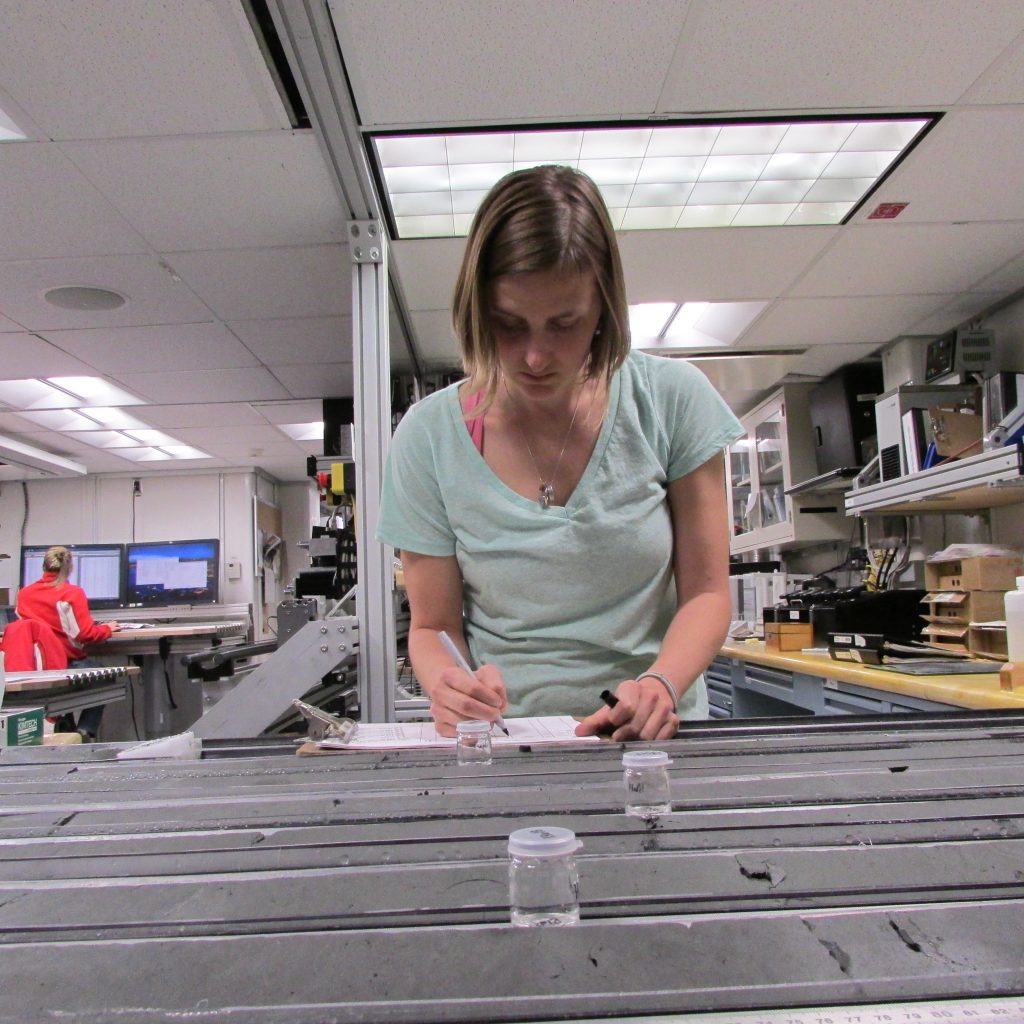 We have had an interesting 4 days out here in the Gulf of Alaska at our 4th drilling site (U1420). Recovery has been spotty – from 0% to 94%, and the cores have mostly been filled with rocks and very little mud. We had some excitement yesterday when we recovered nearly 9.5 meters of mud in a single core, shown to the left being sampled by Dr. Lindsay Worthington.

Our recovery scoreboard has picked up since the beginning of the hole, but you can see we have amassed quite a collection of hard rock samples.

The Southern Alaska continental margin has a dynamic history of tectonics and glaciation, and we are floating above geologic ground zero right now. Scientists hypothesize that during the Last Glacial Maximum the Cordilleran ice sheet extended to the edge of the continental shelf in the Gulf of Alaska, and one of the major scientific objectives at this site is to determine the timing (or age) of glacial advance on the continental shelf.

Exp. 341 scientists have interpreted boundaries and ages of maximum glacial extent in the area from seismic reflection profiles and information from previous exploration drill holes in the Gulf of Alaska. Right now the scienitsts are ground truthing their hypotheses with the sediments collected by Exp. 341, and they are finding some unexpected and very interesting initial results. Although scientists are still working on refining an age model, it seems as though the sediments at depth here (we’ve currently drilled to ~800 meters below the seafloor) are younger than scientists anticipated. This is really interesting because it brings about new questions regarding sedimentation rates and other geologic processes in this glaciated continental margin.

It’s all part of the scientific process – testing ideas, revising ideas, and using multiple lines of evidence to better understand the Earth’s history. Sometimes the most interesting science comes from finding the unexpected!