Postcards from the Field
Lighthouse Beacons of Home 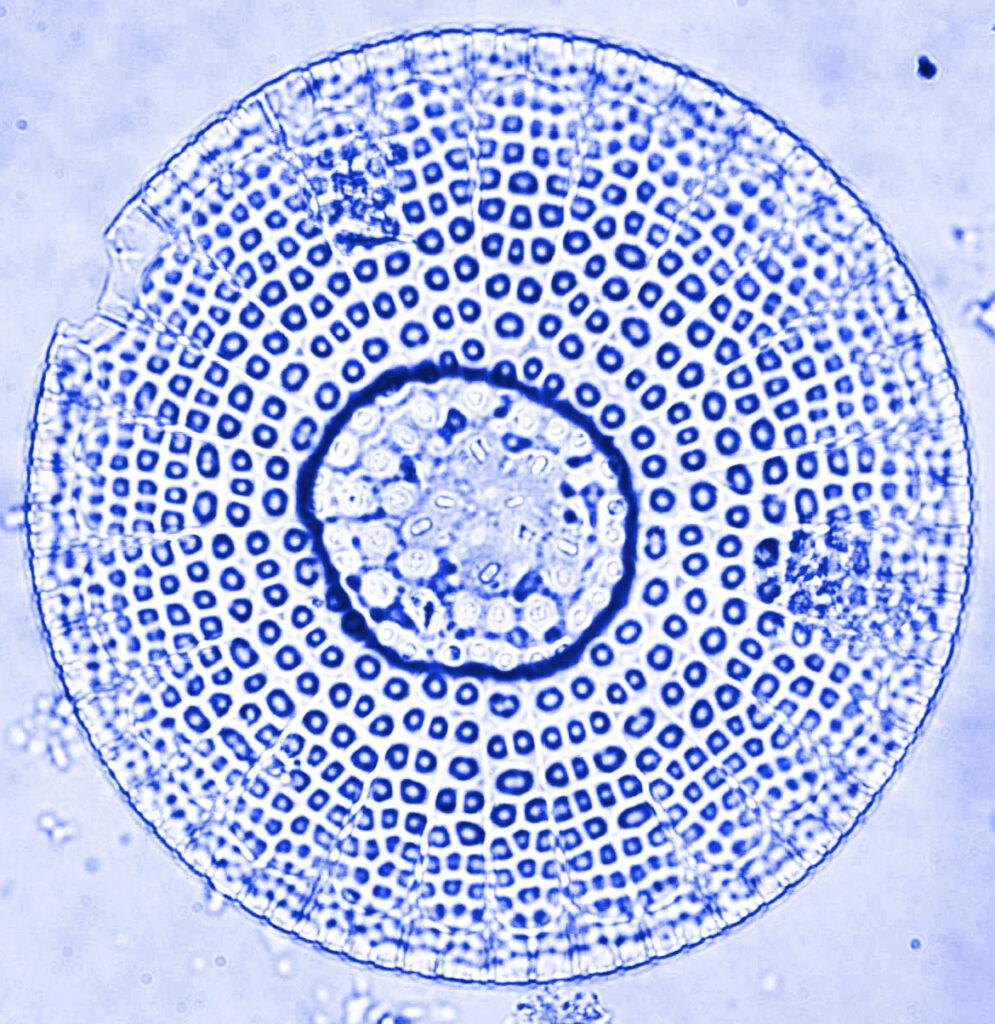 Take a deep breath. Do you know where that air came from? Yes, some of that oxygen was produced by forests and plants, but not all of it.

An estimated 20 to 50 percent of the air we breathe is produced by marine diatoms – tiny, single-celled algae organisms. Despite being only a tenth the size of a pin head, diatoms play a huge role in global oxygen and carbon cycles. In fact, there are so many diatoms in the oceans – they compose half of all organic matter there – that they play and important role in balancing global climate.

Diatoms are encased in intricate shells made of silica, just like glass, which makes them particularly durable over time. When they die and sink to the bottom of the ocean, they become buried in sediments and can pile up over a half mile deep. Studying fossilized diatoms in ocean sediments can help scientists learn about the environmental conditions that existed when the diatoms were alive. Rapid evolution of diatoms also helps the team know how old the sediment is.

During Expedition 396, scientists Reed Scherer and Marialena Christopoulou of Northern Illinois University have been looking for diatoms in cores retrieved by the JR to learn about the Paleocene-Eocene thermal maximum, or PETM, which marks a period of extreme global warming 56 million years ago.

“So far, I am very excited about what we have recovered as we have found plenty of sediments that contain diatoms,” Christopoulou said.

After the Expedition, Christopoulou, Scherer, and their colleagues will study the diatom samples with isotope geochemistry, which determines what types and varieties of elements are in the samples. Scherer will focus on identifying the hundreds of individual species of diatoms and Christopoulou will look at the diatoms’ skeletons to track chemical changes over time. This work will determine the source of the diatoms’ nutrients which in turn tells us about the environmental conditions during the PETM.

Together, the environmental information gleamed from diatoms and plant material will help the scientists of Expedition 396 better understand the conditions that persisted during the PETM. Combined with other information about volcanic activity and magmatism, the scientists hope to better understand the big mystery – what led to the huge rise in carbon dioxide that triggered the PETM and its climatic and environmental consequences in the ocean-atmosphere system. Ultimately, this can help us understand links to our human-caused enhanced carbon dioxide world today.