Drilling into the Dinosaur Crater of Doom 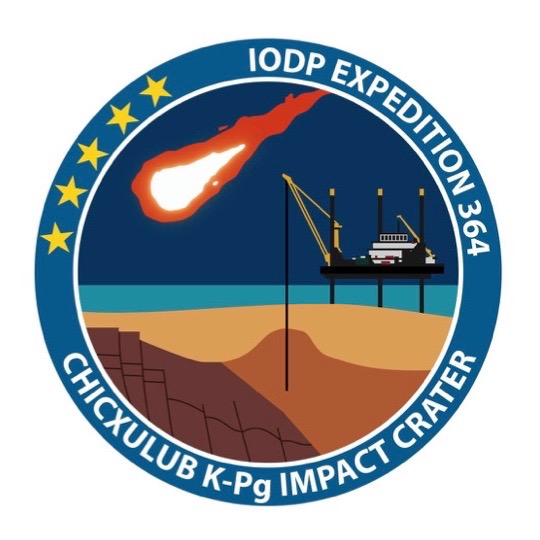 This coming weekend, I will be traveling from my home in Rochester, New York to the Yucatan Peninsula in Mexico to join the IODP Expedition 364: Chicxulub K-Pg Impact Crater. During this expedition, for the first time ever, scientists will be at sea to drill into the crater from the asteroid that struck the Earth 66 million years ago. This impact created catastrophic forces that most likely caused, not just the extinction of the big dinosaurs, but also the extinction of about 75% of the species on Earth at that time. (You can learn more about this catastrophic impact here.) 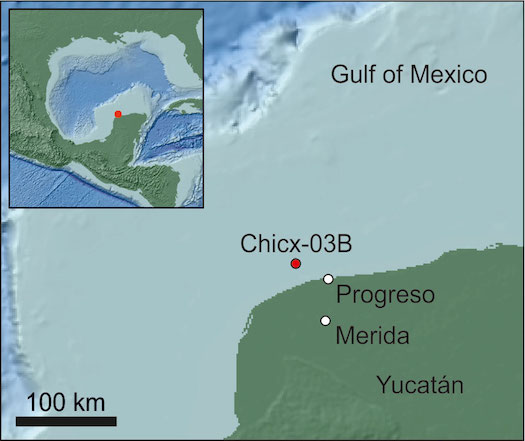 The Chicxulub crater, where expedition 364 is drilling, is partially on land and partially on the continental shelf of the Gulf of Mexico, so the science team only needs to send a drill bit down through about 56 feet of seawater to reach the sea floor. Drilling in shallow water is not the JOIDES Resolution’s bag, so this IODP (International Ocean Discovery Program) expedition will be on a mission specific platform called the Liftboat Myrtle. 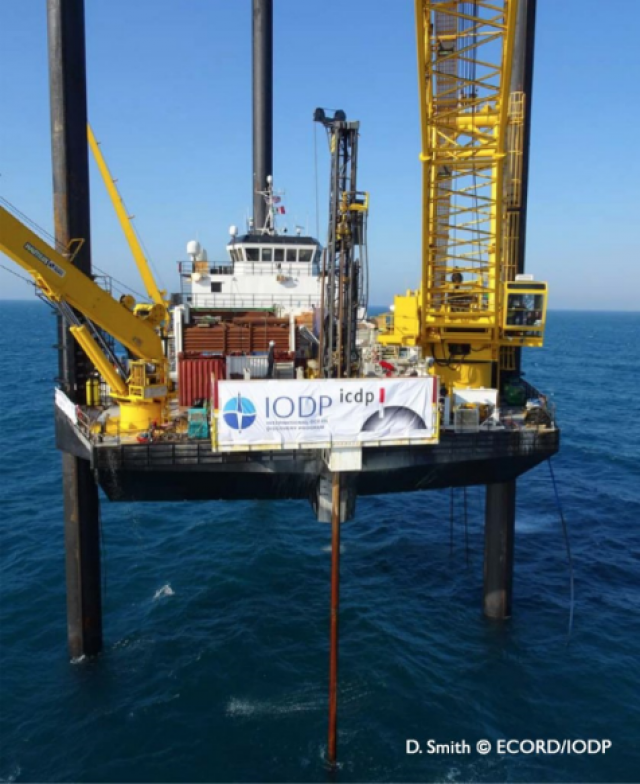 As you can tell from this photo, the Liftboat Myrtle is not your typical boat. I will be sure to compare and contrast the Myrtle and the JOIDES Resolution in coming posts so you can find out more about what the deal is between these two very different looking ocean drilling platforms.

Like all of the IODP’s mission specific platform expeditions, 364 is being run by ECORD, the European Consortium for Ocean Research Drilling.

For myself, I am very excited and honored to be playing a small role in this historic expedition. My job is to help you share in the experience. I will be doing that through posts, both small and overly long, on blogs, Facebook and Twitter. To continue learning about the expedition and to see photos, follow along here: