End of an Era

Busy Time on the Ship
Today on the JR 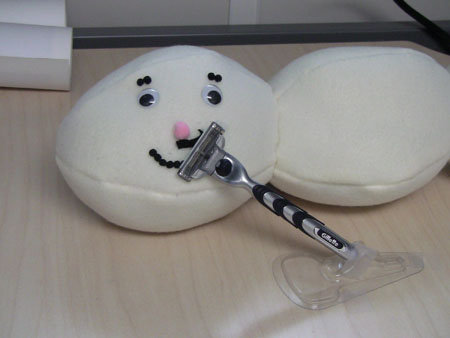 Well, the month of November has ended and I can now shave my moustache. Tomorrow, I will be clean shaven again. Ah…… Thanks to all who supported fund raising to defeat cancer.

It has been busy here on the JR over the past 24 hours. The scientists are starting to pack up some of their samples so that they can be shipped back to their universities. We will be arriving at our last location early tomorrow morning. In addition to all of the packing, a lot of work has been going on with regard to the sediment cores brought up at our most recent site.

Several of the microbiologists, Jill Lynch (Australia) and Tim Engelhardt (Germany), had to work in a glove box in a refrigerated room. The glove box is a large plastic box, which has no oxygen in it. It is filled with nitrogen and hydrogen gas. This is because the sediments and microbes have been without oxygen for many years, deep on the seafloor, and the scientists don’t want to change the conditions while they are studying them. It is difficult wearing a heavy coat in a very cold room in a box that has gloves sticking through the sides. I have included some photos so that you can see what it was like.