Exp 359. 14thOct. Still in transit to the Maldives 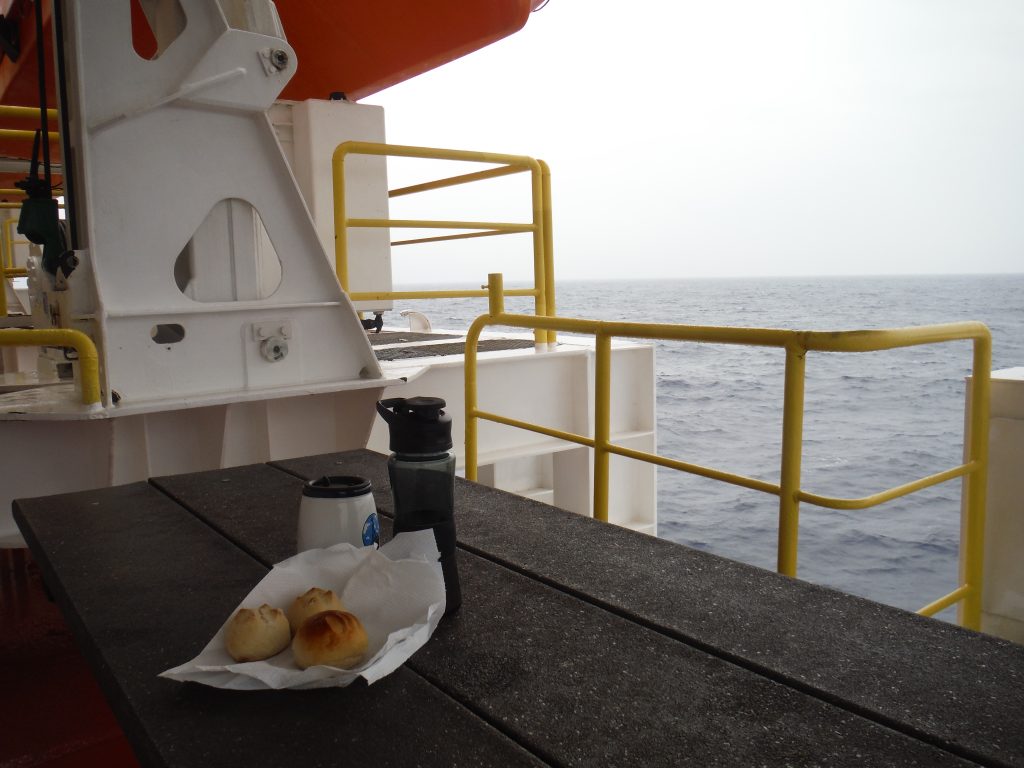 14th October: Surprise !! A rainy day! Just a small cloud cover, a light and small drops on a background of temperatures around 27 or 28 ° C. We are approaching the equator !!

After the hello to the flying fish of the morning, presentation of one of the researchers: Thomas Luedmann of the University of Hamburg, on one of his mentors: Cesare Emiliani: the fanatics of Foraminifères will have recognized the father of modern paleoceanography. Exciting character who was also originally just ocean exploration. In fact, on a day of great scientific delirium, he said he had to use great means and he went to the door of the National Science Foundation to obtain two million dollars to make oceanic drilling ! And it worked! After the Glomar Challenger, the JOIDES Resolution followed, always with the aim of understanding and knowing the functioning of the globe in its oceanic part.

Second presentation by a young researcher, paleontologist of the University of Lisbon, on what can be told about the debris and sediments from glaciers and their movements in the North Atlantic (Greenland, Iceland) as to the palaeoclimates.