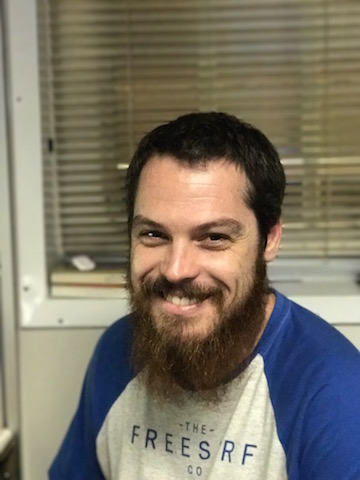 “I am not an expert but I can learn.” Fabricio Ferreira, one of the Micropaleontologists replied during a question and answer after his presentation at a crossover meeting. This was in response to a question about reporting more about the agglutinate species of foraminifera, (a.k.a. forams) single celled protists with agglutinate species having shells made of sand and other small grains cemented together, in a particular unit of the core.

I found Fabricio a couple of days later speaking with Haiyan, his night shift counterpart, pouring over papers and presentations on what he had researched during his shift about agglutinate foraminifera species. They discussed the need for a greater sample size to have confidence in in reporting their findings. I asked Fabricio if he was now becoming an expert. He said again humbly that he is not. He said that his only reservation on reporting about the agglutinate forams was that he does not have a reputation as an expert in that field. But about learning and reporting accurate information, no problem.

Fabricio is completing his Ph.D. in Micropaleontology. The majority of his research is around foraminifera with the crystalline calcite shells.

I asked him what he would do if he wanted to become and “expert” in that field or any field. What was his process to understand a field deeply. He said he would go and find a specialist, a person he wants to learn from. Also he knows what he needs to learn. “Look at my desk you will see a lot of pictures and notes. I prefer visual work and listening. I read aloud to myself, I take notes, the writing helps me see and organize my learning.”

To end our conversation Fabricio told me, “You know, after you spend most of your life studying you learn how to learn. I can learn anything.”

What I appreciate most about being on this research vessel is that I am surrounded by learners and by teachers. The scientists, and lab techs, and engineers, mates, mechanics, and electricians on this boat are all so specialized in what they know but they are also so willing to learn something new and teach what they know. In fact this week, Clay the logging engineer has been teaching an electronics course while we are waiting for the casing to be drilled in to the final hole. What I notice about this group of people is their confidence in learning new things. As an educator this is gold to me. I wish I could bottle up this “can learn” attitude and sprinkle in on to some of my apprehensive learners back in the classroom. My efforts to capture this has turned into a series of interviews with people on the ship. Sometimes they are more formal interviews and other times I will follow up on a thread of thinking, like I have with Fabricio, or piece together quotable quotes through a series of informal interviews, or simply capture the learning in action like in these pictures below! 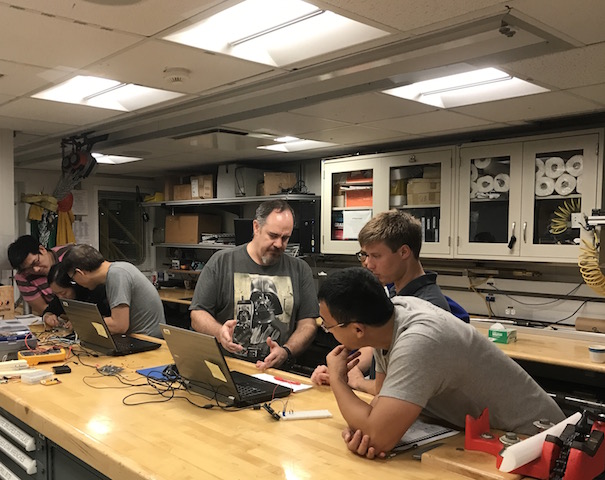 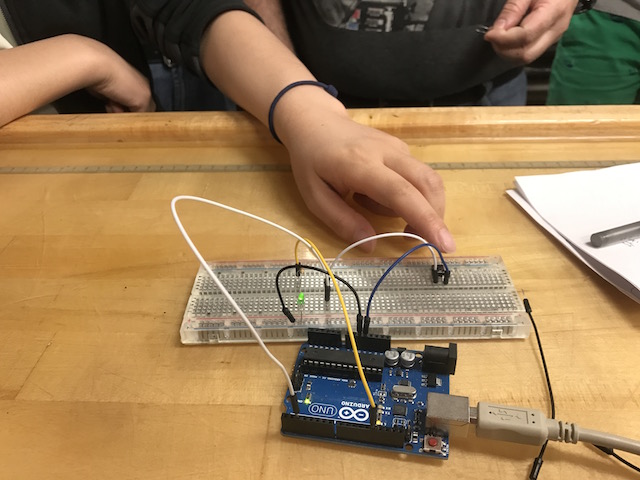