Radiolarians rule: Cores 1 through 12!
The Science of Patience 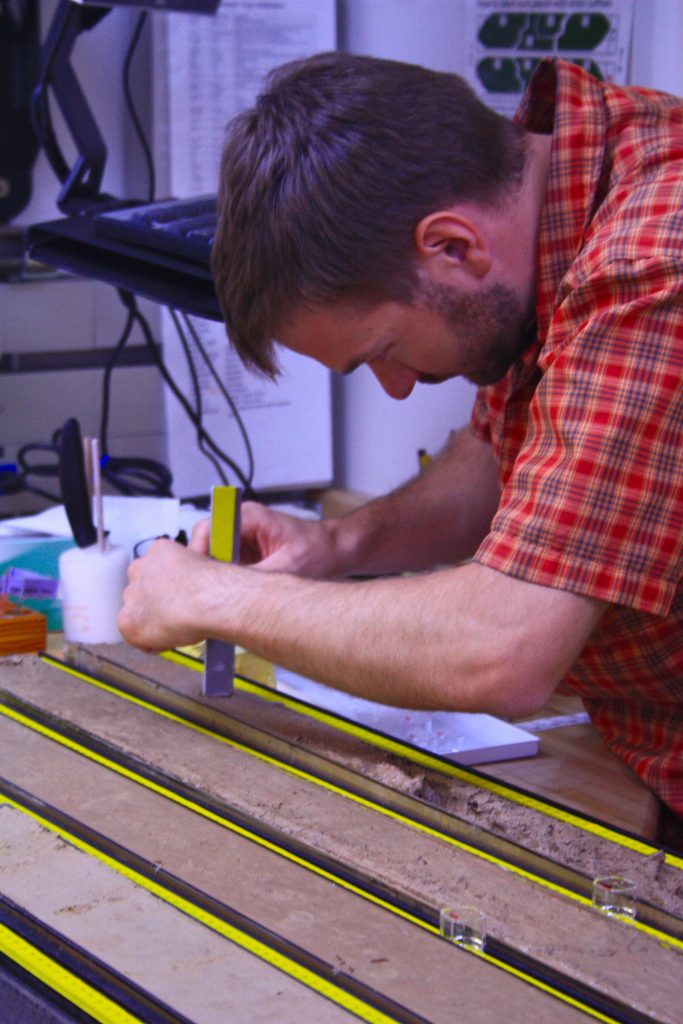 Yesterday we eagerly awaited the first cores from the Newfoundland Sediment Drifts. It took fifteen hours of hard work by the rig crew to bring the cores up from our deepest site of the expedition. We chose to drill the deepest site first because it will give our science party a rough idea of how to date our upcoming shallower locations. We are hoping the sediment will hold evidence of the Paleocene-Eocene Thermal Maximum and maybe the extinction event that killed the dinosaurs!

The first core arrived on deck to cheers and smiles. The micropaleontologists whisked away the sediment from the core catcher to check for microfossils. When the cores were sliced we were surprised and excited to find manganese nodules. There were nodules of all sizes – even some large enough to cut in half with the rock saw. You can see the growth bands within the nodule are reminiscent of those made by a tree.

We have still been on the look out for marine mammals. So far we have only gotten quick glimpses of dolphins in the distance. There have been plenty of birds though! Petrels and shearwaters have been our primary visitors… Today a small Leach’s Storm Peterel took a nap in a warm corner on deck. He was adorable!

Can you see the rings inside the manganese nodule?