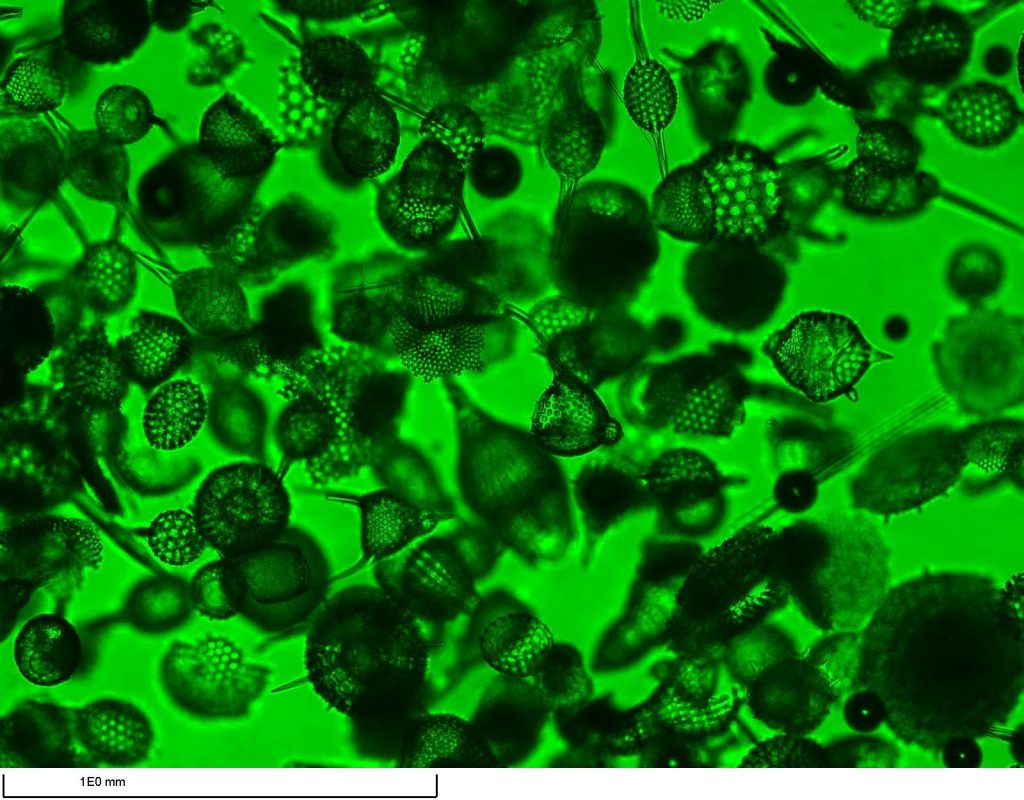 The day started badly. First cores produced no nannofossils and no forams and I thought initially that it’d be like the test cores that I’d just be the last to discover that there were no radiolarians either. And then I started finding radiolarians. In each successive core they became more common and better preserved. From core 8, I was able to confirm that we’d reached the Eocene and were heading for the early Eocene, and still no other microfossils. At core 12, after still no forams and nannofossils and having worked 18 hours straight I was thinking I was going to have to keep going for another 18 hours. Then at core 13, the nannofossils came back and I was able to head off to bed knowing that Claudia would be able to call the ages for the cores for another few hours.