From Planning to Reality – I

From Planning to Reality – I
Science Update 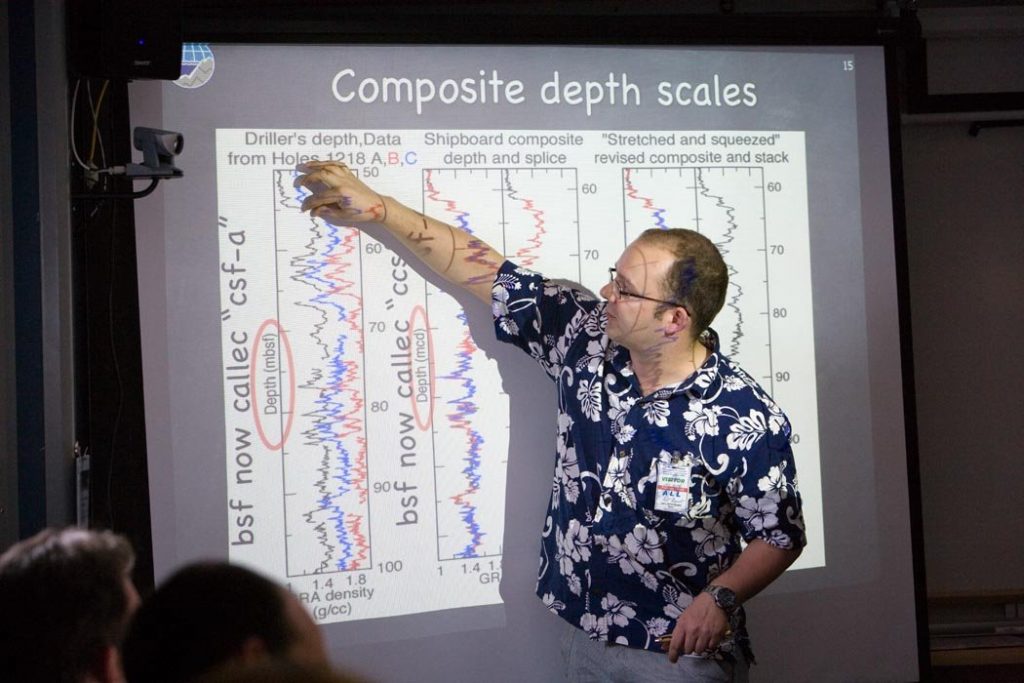 From the Top!  The beginning of each expedition is always a very busy and stressful time, as everyone gets used to the new environment, scientifically, to the new lab equipment and software, but also personally, to folks from many different backgrounds and to the life on The JR.  Hiroshi Nishi (Hokkaido University, Japan) and myself (University of Southampton) are the two co-chief scientists on this expedition (you can watch us on a video greeting to a Teacher’s conference linked from this site).

I thought now is a good time to take a step back from the day-to-day activities and give you a little insight into how these exciting expeditions come into fruition, and why it is so exciting to see the first results after many years of planning. In another blog, I’ll tell you what the role of the co-chief scientists is while onboard.

IODP is a truly international endevour, with contributions from and activities in many different parts of our globe. In many ways IODP expeditions can be characterised as the equivalent of Space Missions to the Earth Science community.

It is an extreme technical challenge to recover sediments and rocks from below the seafloor, and the individual expeditions require a lot of planning many years before the first “Core on Deck” announcement. Just like the Space Programme, we are also discovering many exciting, and often unexpected results.

So Many Ideas, So Little Time

There are many more worthwhile topics and places than there is time to drill them, so each individual scientific drilling proposal goes through a very thorough evaluation procedure before it might finally be scheduled for drilling. Maybe I should describe the process that we went through for the Pacific Equatorial Age Transect from where it started (in 2001!) to now.

The most important step is to have a great idea about what specific scientific problem ocean drilling can answer (or provide new questions).  In our case, several of the proponents, or leaders for this drilling proposal were on The JR during Leg (Expedition) 199, when we cored sediments along a north south transect towards the west of where we are now, roughty all on oceanic crust that was about 56 million years old. This means that all the sediments we recovered then had to be of that age or younger.

During the last week of that expedition, all the scientists were extremely enthusiastic about what we found, but as usual in science, we came up with even more questions about how our world works, and how it worked in the past.

Wouldn’t it be Neat?

On the transit home to Honolulu in December 2001 some of us thought, wouldn’t it be really neat if we could chart the history of the Earth’s climate along an age transect following the position of the palaeo-equator, complementary to the N-S transect we had just cored? After all, that would be the best way to recover those precious carbonate rich sediments in a well-preserved state allowing us to reconstruct many aspects of how the world worked during the past 53 million years or so. And so the first idea for a new drilling proposal was born.