Go Fish
Paleomagnetism and STEM Diversity at the School of Rock 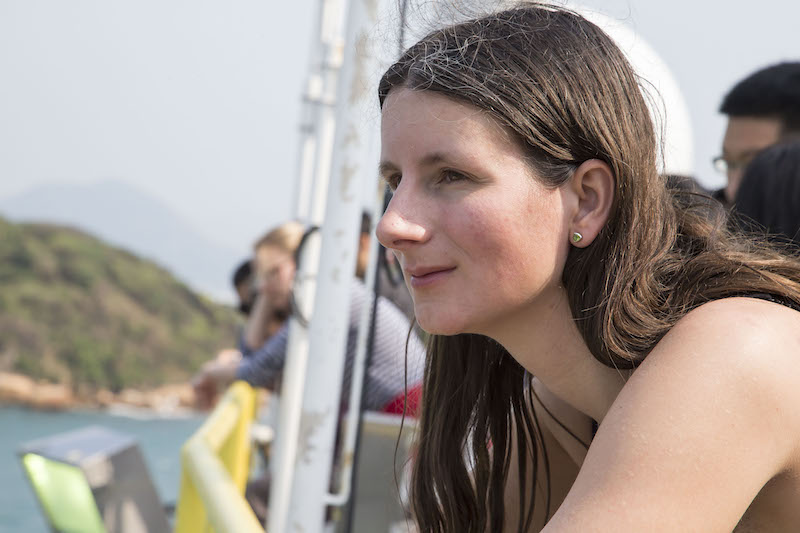 “Why do we have volcanoes and why are things melting?” These are some of the big picture questions that keeps Froukje van der Zwan pursuingscience.

Of all the things you could study, why rocks?

Well, they aren’t alive so they don’t move. They don’t rot. They’re just there and they’re pretty. But seriously, my father was a geologist and he did petrology and he always looked for fossils. I guess I liked volcanoes and at some point, I figured out you could study rocks and fossils and I really liked that. But my fall back was to study old Greek and Latin. But was really exciting about geology was the field work and travel and I’m here now in the middle in the South China Sea which is a little surreal.

What is the purpose of Expedition 368?

The idea is to have a look at the early stages of rifting and how the crust breaks up. Part of it a magmatic rifting, but we’re also trying to figure out where the basalts come from in the first place.

I specifically work on melt inclusions in the minerals. So in the rocks are all sort of minerals and sometimes when a mineral grows, little pockets of melt get trapped in the minerals. That happens quite early in the process of crystallization.

What advice do you have for a person who wants to pursue science?

You need to want to be a scientist. The most important thing is that you enjoy it and that you have fun in the field.

Why is geology research important?

We are not only living on the earth, but we are living with the earth. If we don’t understand it then we can’t predict processes like volcanic eruptions.