Welcome Aboard Expedition 372!
Is there ever enough time? 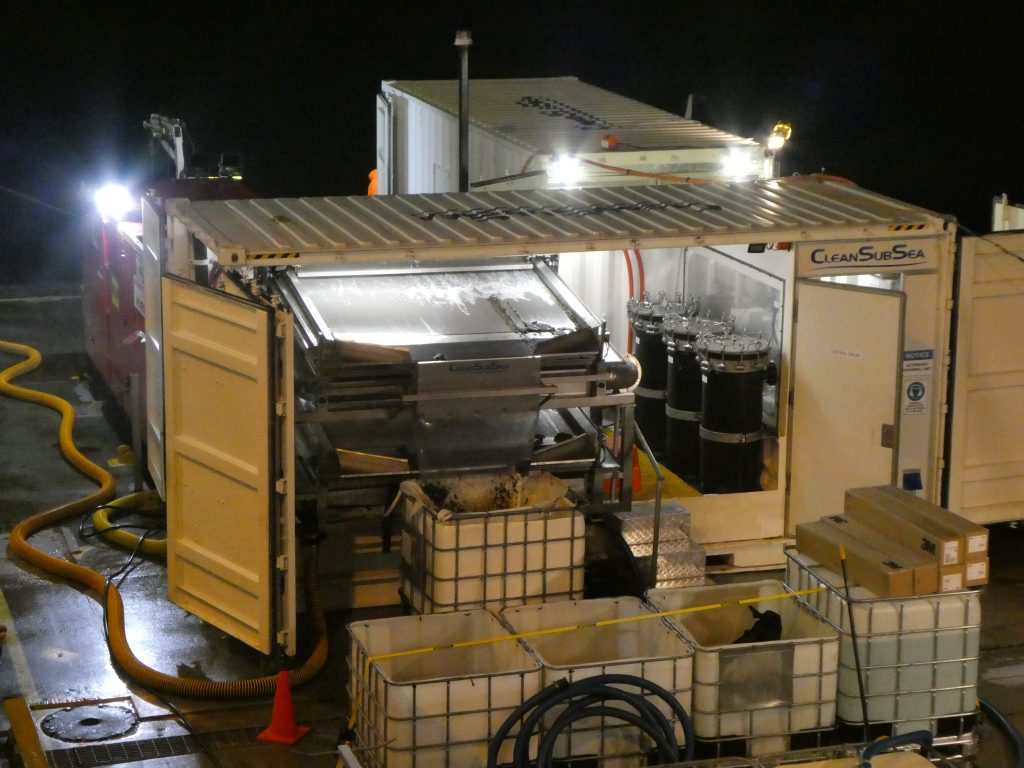 Millions of ships traverse the globe each day – crossing seas and oceans to bridge the gaps between continents. These ships bring goods and services from one country to another, harvest natural resources, or (like the JOIDES Resolution) do scientific research. While we may want the people on board these ships to travel from place to place, we don’t want “hitchhikers at sea” to do so too. Large ocean-going vessels, like the JOIDES Resolution, that travel across large distances and from continent to continent may be particularly susceptible to marine hitchhikers coming along for the ride. These hitchhikers come in the form of marine plants and animals (i.e., fauna) that can attach themselves to a ship’s hull or leisurely stowaway in ship ballast water.

So, why do we care? Otherwise known as “invasive species”, these creatures may be OK living in their natural habitats but can wreak havoc when introduced into a new area. Invasive species often thrive in new habitats at the expense of the native fauna. This happens because native ecosystems and food webs exist in a sort of equilibrium where all the fauna and resources are accustomed to living with one another. Invasive species disturb this natural balance. Sometimes they physically modify or otherwise influence their new habitat. Other times they disrupt important predator-prey relationships, and thus may cause changes to native food webs. In extreme cases, invasive species may also contribute to the extinction of native species.

Good examples of the harmful effects of invasive species in the United States include Zebra Mussels and Lionfish. Zebra Mussels were introduced into the North American Great Lakes from the Black Sea and began to grow uncontrollably. They outcompete native mussels for food and space, and are a major nuisance when attached to man-made structures. They have since continued spreading into Canada and Mexico. Lionfish, which are native to the Indo-Pacific, are now posing a great threat in the Atlantic after being introduced there. In the Atlantic, they have few natural predators (who wants to fight a large fish with venomous spines?) and they are non-picky eaters that consume large quantities of fish. As a result, they are decimating native fish populations.

Invasive species that are introduced into a new area tend to outcompete native fauna and spread relatively uncontrollably. This ultimately contributes to the destruction of natural resources and native fauna, and results in lots of money spent to combat them. Because of the potentially devastating impacts of invasive species, many countries are starting to impose stricter rules for ocean-going vessels traveling internationally and between different countries or continents. In an effort to help combat the problem of invasive species and cooperate with new regulations in New Zealand, the JOIDES Resolution has taken an extra few days off the Australian coast to have our hull cleaned to prevent hitchhikers at sea from coming with us on our journey…

Check out our YouTube video on how the JOIDES Resolution’s hull is being cleaned: