Is there ever enough time? 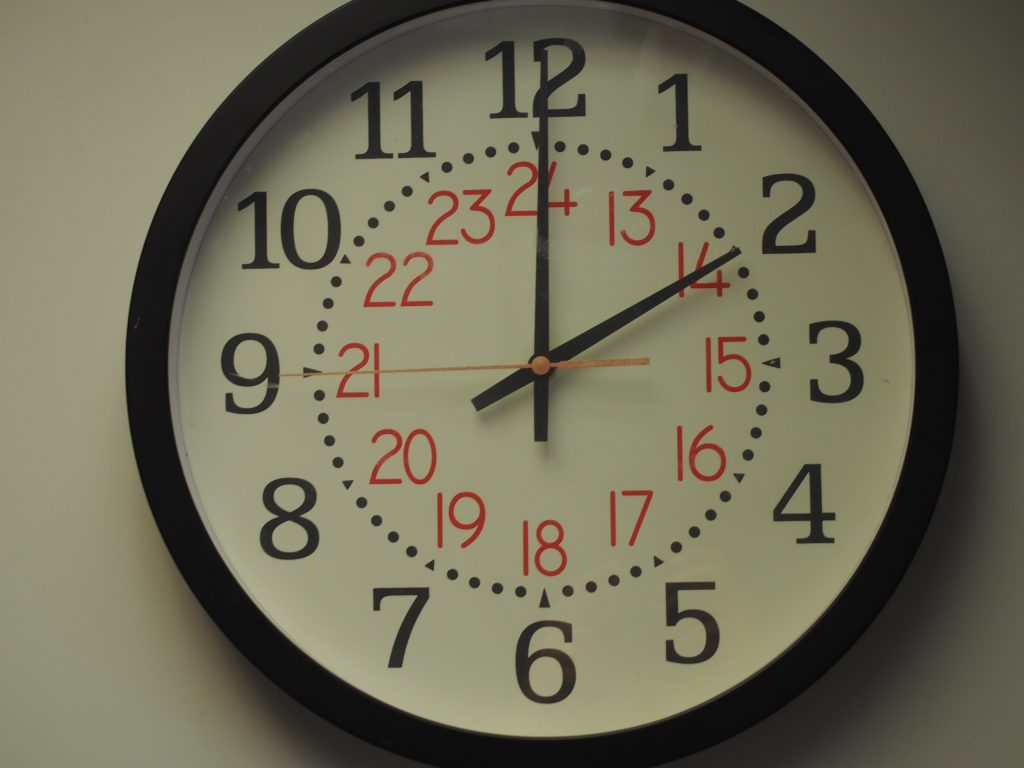 Fremantle, Australia and our study area in New Zealand are 5 hours apart. When it’s 12:00pm in Fremantle, it’s 5pm in New Zealand. Even though the ship becomes its own little world, as outreach officers our job is to keep up with the rest of the world to communicate what’s happening onboard. To do that, we have to know what time it is!

We are currently on day 3 of a 3,407 nautical mile (6,310 kilometer; 3,921 mile) transit over the course of which we need to move our clocks ahead by 5 hours. While it seems like it should be easy to know WHEN we should move our clocks ahead, there are actually a lot of factors to consider. We are changing time zones one hour at a time every few days along our transit at either 2am and 2pm.

–Why not just change time zones when we reach the borders of Australia’s time zones?

Australia’s population is primarily concentrated in its coastal cities. Most of the population lives on the east coast, so the areas covered by the western time zones are very large. If we followed Australia’s time zones, most of our time changes would come in quick succession toward the end of our transit, thus messing with our sleep and work schedules. 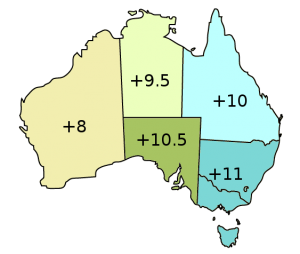 –Why not just change at 2am like the change between standard time and daylight saving time?

Since we are a 24 hour operation with 2 shifts (noon to midnight and midnight to noon), we can’t change time zones at 2am each time or one shift would get their shift shortened while the other would consistently lose an hour of sleep. To make it even, we alternate the time changes between 2am and 2pm.

–How do we know when to change our clocks?

The captain makes an announcement ~24 hours before the clocks are scheduled to change. This information is posted around the ship in all the common areas. The official ship clocks are automatically changed at the scheduled time. 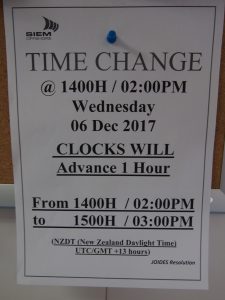 So there you have it! We will be catching up to New Zealand time throughout our transit at a slow and steady pace until ship time matches New Zealand Daylight Time!