今更ですが
Ligia Pérez Cruz: An Oceanographer in Love With The Deep 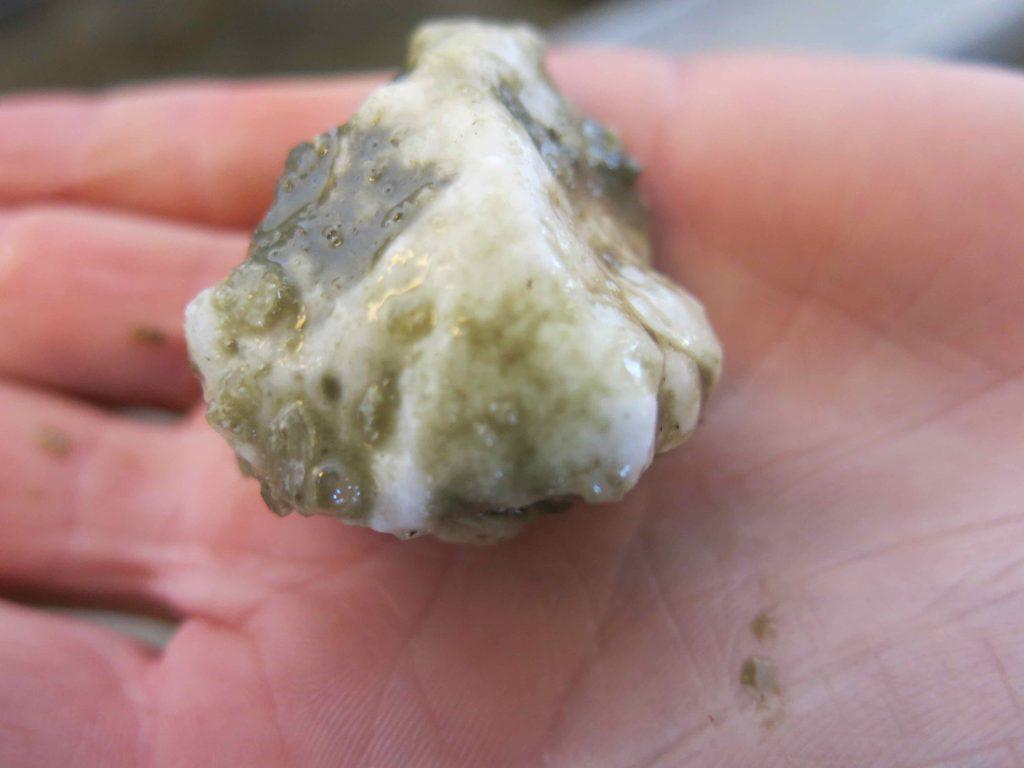 Saturday morning starts at a civilized pace. Dan and Ginny, both on the night shift, meet at 10 AM for the equivalent of their afternoon coffee at the espresso machine on the bridge deck. No word has arrived from Mexico City about the Sonora Margin permit, and it is unlikely that anything will happen over the weekend since all government offices are closed. But since we have a backup plan, there is no rush.

The JR is now drilling at our pre-approved cold seep site on the northern edge of Guaymas Basin, close to the base of the Sonora Margin but not affected by landslides or riverine sands which had bedeviled previous drilling attempts in the southeastern Guaymas Basin (see “Sands of Sonora”). This will be the last site of this cruise; it provides an interesting contrast to the many hydrothermally influenced sites drilled before. The geothermal gradient is much weaker here, and massive amounts of methane accumulate in cold sediments. However, they do not always accumulate as dissolved gas.

By early afternoon, there is a massive commotion on the catwalk; shouts of “hydrate!!!” ring out. The shallow organic-rich sediments contain small white snow balls or ice balls that are hissing and bubbling away as they are pulled out. These ice-like clusters of (mostly) water with embedded gas molecules (in this case, methane) are stable under high pressure and low temperatures; they dissolve quickly at room temperature.

Just like ice, hydrate feels cold to the touch, but it can be safely held and some geochemists even eat small portions of this fizzy treat. The natural color of pure methane hydrate is white; with some petroleum admixture it can turn yellow or orange-brown, and some dirt-colored sediment is sticking to it in this picture.

Hydrate samples are quickly stored in liquid nitrogen; since the extreme cold compensates for the low pressure, the hydrate samples can be maintained and returned to the shore lab for detailed analysis.

By sheer bulk, methane hydrates are the dominant form of fossil carbon on the planet. Their occurrence in relatively deep marine sediments on continental margins make them difficult to retrieve, and so far commercial schemes for hydrate mining have come to nothing. Then, methane is not exactly lacking in the biosphere; it is a universal microbial end product of organic matter degradation. Cows and other ruminants produce it, rice paddy soil emanates it, and marine sediments produce their share. Guaymas Basin is a prominent model system where hydrothermally generated methane accumulates in sediments, even as hydrate if the heat source is deeply buried.

Since the methane in these hydrates is microbial produced, the sediments are of major interest for the microbiology science crew. We were already prepared to close down the lab, but now a quick microbiology hole — just 50 meters — is being drilled into the hydrate layers. One last sampling push is led by Yuki on the catwalk; he is trying to keep the sample sheets under control in the windy fall weather.

This blog post first appeared on Nov. 9 on my daily blog of EXP385. Make sure to go to expedition385.wordpress.com to read the latest updates of this expedition!