In the mud for love

Weekend Specials
A Successful Story at Site U1480 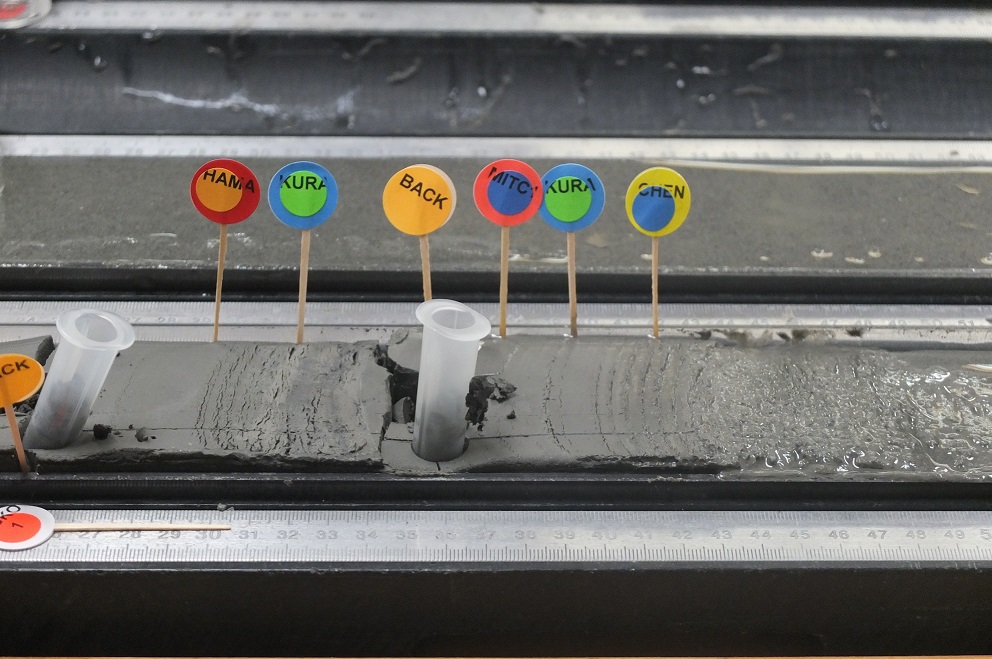 “It is good to have an end to journey toward; but it is the journey that matters, in the end”.

When we see all this mud coming from beneath the seafloor, we can ask ourselves the question: “What is it made of”?

In 2015, a former expedition of IODP (International Ocean Discovery Program, Expedition 354) drilled 6 holes along a 320 km transect ~500 km north-west of our current position. During this expedition, scientists recorded kilometers of sand and mud beds which have accumulated on the seafloor over the last ~50 My. 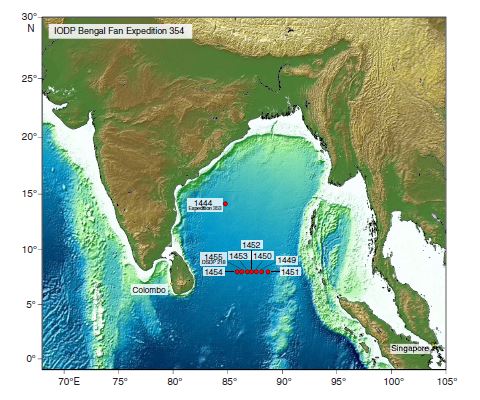 We can expect to find similar sediments in the cores of Expedition 362. As the cores are flowing onboard, it appears that the sediments from our area are not so different than the ones found in the Bay of Bengal, but we have to look closely to find the differences.

For a geologist, “mud” is in fact a generic term that encompasses different types of sediment. The so-called “mud” is a complex assemblage of particles of different origins–some of them come from land, some from oceans, and some from the atmosphere. Their occurrence, concentration, and distribution help the scientists to understand what happened in the past climatic, tectonic, volcanic, or oceanographic conditions. During Expedition 354 and 362 (the current expedition), scientists find in their cores an abundance of fine sand, clay, fossils of microorganisms, and volcanic ashes…

What do they come from?

Most of the “mud” is composed of terrigenous sand- to clay-size grains produced onshore, mostly in this case from eroding rocks from mountain ranges, and by chemical decomposition (alteration) of hard rocks. Particles are then transported by streams, torrents, and rivers to the sea where they accumulate in large deltas and eventually form new rocks.

In the Bay of Bengal, a significant part of the sediment recovered in the deep-sea cores is made of such grains. By studying their composition and chemistry, scientists can determine that they came from the Himalayan mountains! OK….But the delta is nearly 2000 km away from the drilling sites!

How we can explain that?

In the Bay of Bengal, up to 80% of the material eroded from the Himalaya is deposited near the coastline (both onshore and offshore) in the Ganges-Brahmaputra delta! A large proportion of the sediment is captured or trapped on the very wide coastal plain onshore and on the continental shelf offshore, where a large thickness of sediments is sequestered: over the last 55 Ma, up to 16.5 km of sediment have accumulated within the present-day delta.

Take a look at the picture! The light brown color of the water shows that the rivers are carrying lots of sediment!  Follow the lighter color into the water to get a sense for where the sediments start to be deposited near the coastline and on the continental shelf. 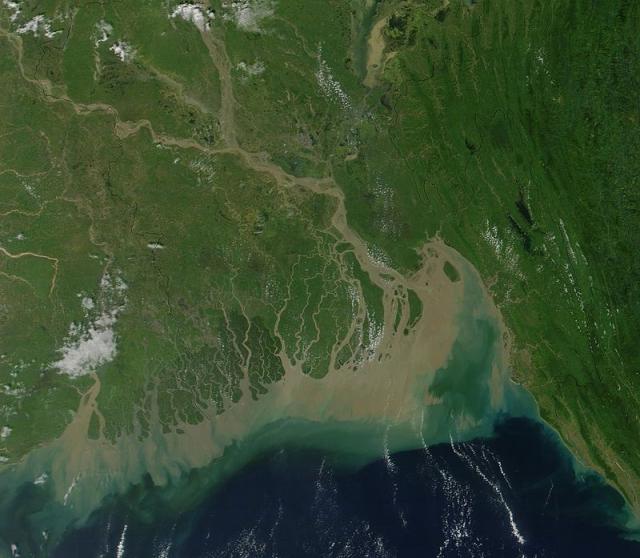 Nevertheless, substantial sediment still reaches the submarine continental slope to accumulate in the top of submarine canyons and in basins on the slope. On some occasions, the accumulated sediments become unstable and fail. The subsequent failure may comprise tens to hundreds of cubic km of material, and these are transported downslope as flows into the deep ocean (similar to what happens during a snow avalanche). This type of flow is called a “sediment gravity flow” and is capable of transporting sand and clay many hundreds to thousands of kilometers away from the river source or coastline to the deep sea.  This takes just a few hours to days!

Those flows are generally triggered by large storms or earthquakes or simply because sediment accumulates too rapidly over a small area. Similar flows are also known to occur during large river floods, especially during monsoon seasons.

Even if terrigenous sands and clays dominate the sediment record and make the sedimentologists very happy, they are not the sole constituents of the “mud” we encountered in our cores. And that is good news for paleontologists who are not so crazy about terrigenous sediment.  They prefer the “ooze”: another type of mud that contains a tremendous number of fossils and microorganisms. From the surface of the ocean to the seafloor, many different types of microorganisms develop: they live, eat, reproduce, and die. When they die, they fall through the water column and accumulate on the seafloor. As their organic tissues decompose, their skeletons and shells, called microfossils, become gradually buried and hopefully preserved and they form characteristic sediments: “ooze”. The size of those microfossils is usually in the range of a micron to nanometer (0.001 to 0.000001 mm), so accumulating even a few cm of ooze on the seafloor can take many thousands of years.

This is a picture of marine environment mud: 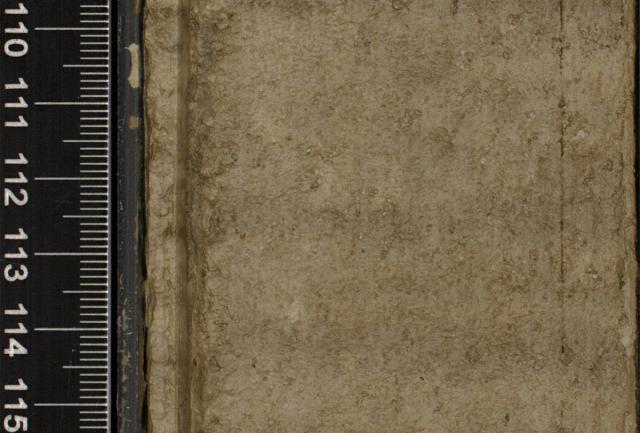 Occasionally, we also encountered specific layers called “tephras”. Tephras are the sedimentary archives of past volcanic eruptions. Volcanic eruptions produce different types of material: from colorful lava flows (e.g., Hawaï) to deadly pyroclastic avalanches (e.g. Mont St. Helens). Some eruptions generate massive quantities of small particles that, once ejected from the crater, can travel far away from the volcano, often transported in the atmosphere and by wind (an ash cloud). When the wind stops, or as the particles aggregate in the atmosphere, they fall and blanket the landscape. When this happens onshore, much of the ash can be washed away days to years after deposition. But when they fall in the ocean, they accumulate on the seafloor and can remain preserved when buried deep below the seafloor. Those ashes preserved in the sedimentary record are called tephras.

To conclude, the work of the scientists onboard the JR is to make sediments talk! Core after core the sediments brought up from beneath the seafloor are analyzde to determine their origin and age and how they get there.

A very difficult job in my mind!

Thanks to Hugo Pouderoux for the help.

My blog in french: https://expedition362joides.wordpress.com/<