Interpolating between two points and extrapolating beyond 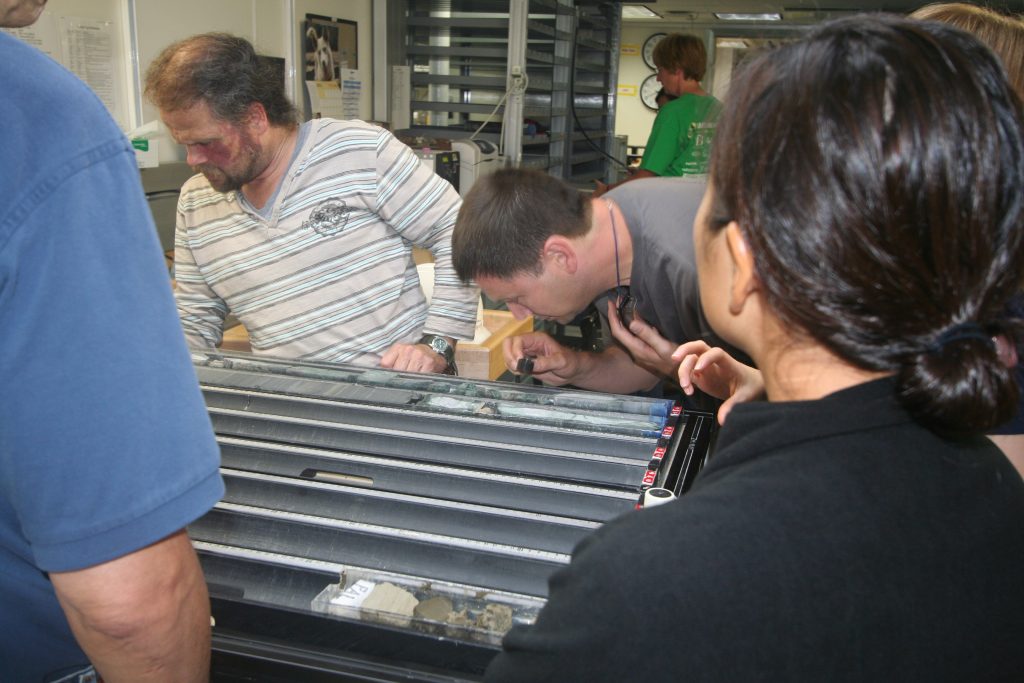 I was talking with Mike Widdowson (pictured here with Anthony Koppers) about the process of interpreting the data from the cores recovered from the drill site. It is not an easy task. One uses the information gathered from a pin hole in the vertical to extrapolate over a landscape (or seascape) in the horizontal, thinking about it again, definitely not an easy task. But this is the task at hand. Mike said, its like a mosquito pricking an elephant and asking the mosquito to describe the elephant. Its a similar situation in oceanography, where we drop the CTD and collect temperature/salinity measurements over depth (in the vertical) and describe ocean layer structure in the horizontal, also not an easy task. But when we are able to make many measurements in the vertical and interpolate these points coupled with the scientific knowledge about the vertical/horizontal structure and dynamic processes that create these horizontal structures, we are more confident in drawing the lines between the points. I have to say though, its much easier in oceanography because its easier to poke holes in the water than it is to poke holes in the earth’s crust!