Life on the JR: a woman scientist’s perspective 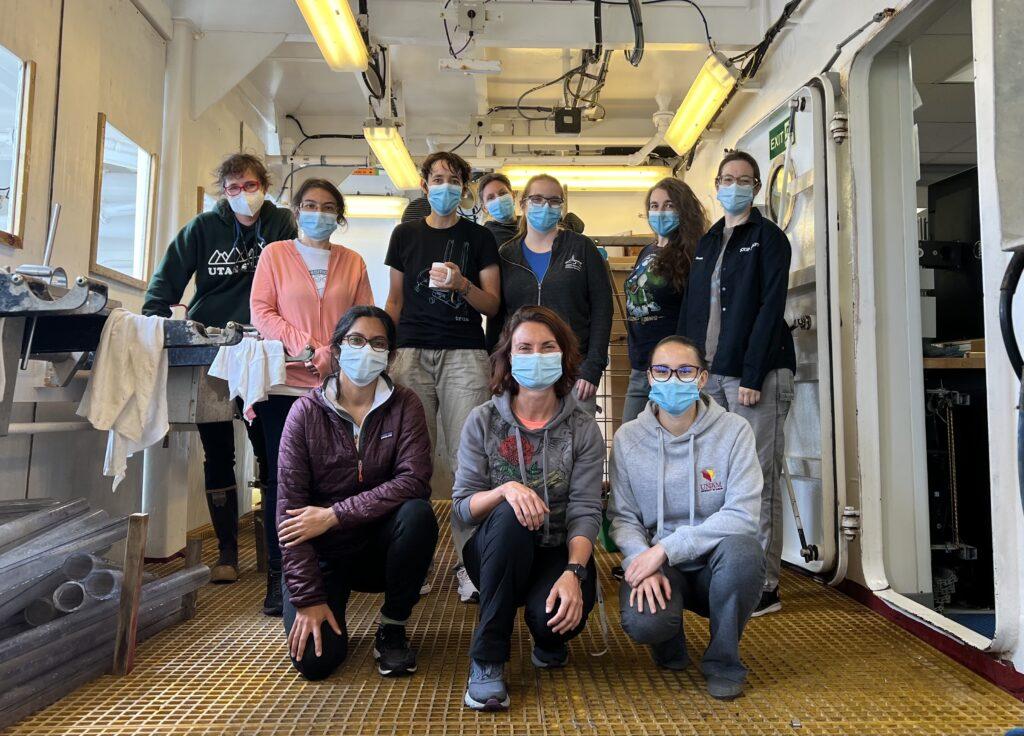 This is my fourth expedition on the JR. I keep coming back for many reasons: the sense of adventure, the amazing working conditions on board that the crew creates for the scientists, the access to incredible and precious samples to work on for several years after the expedition, but also the unique opportunity to work with a wide range of scientists, which I feel pulls me upwards in many ways, the friends I have made for life (I hope!) and the many women scientist role models I have met on the expeditions to date.

However, three weeks after the beginning of Exp. 391, and despite the challenges coming with the unplanned events that hit us right from the beginning, another observation has struck my mind, opening a new perspective on how shipboard life is in contrast with some deplorable societal conditions. As I have become more and more aware over the last years of the extra difficulties that women face in their everyday life and as scientists, I have realized how the life conditions on the JR erase a lot of those difficulties. To start with, I can live and walk around the ship a day without any fear of street harassment, without ever feeling the need to look down to protect myself from unwanted remarks. It is comforting to know that everything is done to make the JR an extremely safe environment, including dealing seriously with any potential sexism or sexual harassment, thanks to the efforts put in place by Texas A&M University (nine full-time employees devoted to fighting discrimination, much more than what exists at my university), which operates the JR on behalf of the IODP. Because the JR is also a floating university and laboratory, I feel that the risk of harassment associated with the workplace also is very much reduced.

But also, having a catering crew whose job is to provide food and cleaning service helps erase the difference in time usually spent by men and women in domestic work on land, including preventing the mental load that goes with it. In France, a study by the INSEE (Institut National de la Statistique et des Etudes Economiques) shows that among couples, on average, women still take charge of 70% of the time spent in domestic work: it translates to a difference of 1:30 h per day. And the lockdown periods during the COVID-19 pandemic only made it worse. Here, on the JR, scientists spend no time on domestic work, and no energy is lost to any associated mental load because we need as much time and energy as possible for the science! Having a paid crew to take care of chores is of course not the ideal way to reach gender equality in that respect, but at least I get to feel what it is like to be completely free from the mental load.

This time on the JR is a true eye-opening experience. It gives me a taste of a life with much more gender equality than in “real” life, and what a difference it makes in many ways, including communication with other human beings on the ship and the ability to focus on what I am here for. After all, by the virtue of the setup of its shipboard life, the JR is a microcosm that honors the very nature of feminism: the advocacy of women’s rights based on gender equality. I hope that many women scientists will continue to have the opportunity to experience this on future expeditions!