Life onboard our polar expedition 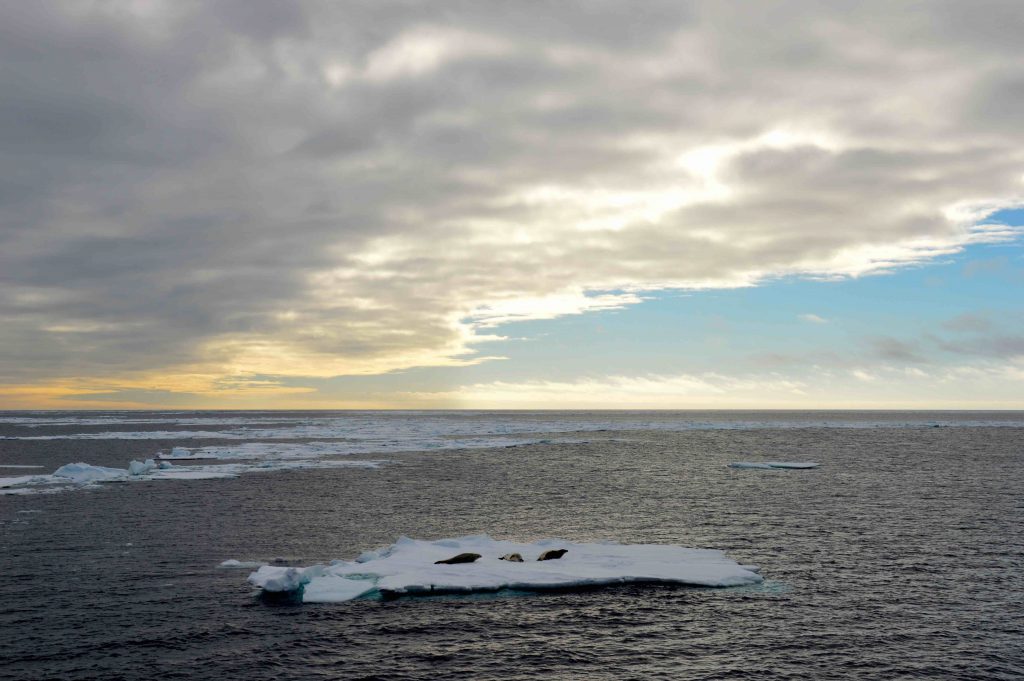 Much has happened in our 8 day transit from New Zealand to Antarctica. We learned about each other’s science and how we will work together in the coming weeks, hearing talks and taking tours. We crossed the Antarctic Circle and the Prime Meridian, and celebrated co-chief scientist Rob McKay’s birthday with a surprise party. Meals have been good, the gym frequented, sleep cherished. And during the transit we settled into life aboard ship.

The ship operates 24 hours a day, with almost everyone onboard working 12 hour shifts, either midnight to noon or noon to midnight. We started adjusting to these shifts a few days ago. The first day was a bit jarring, and I tried to document the struggle with 12 photos in 12 hours. I must admit I only made it to hour 6 before crashing (the rest were taken the following shift). Usually there is a “night shift” and a “day shift”, but we’re close to 24 hours of daylight in the Ross Sea, so it’s not perfectly descriptive. “Sunset” and “sunrise” shifts don’t really work either…name suggestions accepted.

This week we got to sit down briefly with each of the science party teams. It can be confusing who is in which team because there is a little overlap with roles, but generally the teams include: physical properties; downhole measurements; stratigraphic correlation; lithostratigraphy, or core description; paleomagnetism; biostratigraphy and (micro)paleontology; and geochemistry and microbiology.

The teams work together to understand the cores in many different ways – how dense are the cores, did they come from a continent or from biological material, what colors are they, are they made up of sand or silt or mud or clay, how are they magnetized, and what tiny organisms – or remains of organisms – exist in them.

Then there are the chief scientists – Rob & Laura – who take a step back from the action in the labs and make sure the whole scientific operation is running smoothly.

Of course none of it would be possible without the work of the crew and technical staff. The technical team work alongside scientists in the labs and have crucial experience with how things work on the ship. They’re the ones to carry the cores onto the catwalk when they first come up and provide lab support throughout the whole analysis process.

The cooking staff keep everyone well fed, the stewards do an amazing job of cleaning the cabins and returning clean laundry as if by magic, and the drill team do the work on the drill floor of bringing the core up. Most of the crew is Filipino and many of them have worked on the JOIDES Resolution for multiple years.

Each science team is broken into day and night shifts so we can maximize ship time. We see each other at crossover times, just before noon and just before midnight. During crossover the scientists share their findings so far and pass on duties to the next shift. Their portraits are below. I made an attempt to show them in the general order of when they’ll be working on the cores.

While in transit we celebrated our first birthday on board – co-chief scientist’s Rob McKay’s. It also happened to be the same day we crossed the Antarctic Circle. 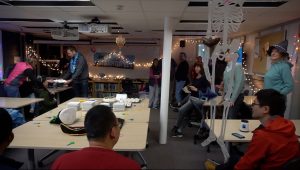 There are many great photographers onboard. People share their photos on a shared intranet on the ship. Seeing their photos helps opposite shifts catch up on what happened while they were sleeping. Every week, Bill Crawford, the imaging specialist, selects “the best of the best” photos from the previous week. We’ll post those best of the best on the JR Facebook page, but below are a few portraits – of Saki, Benjamin, and Mark – from onboard scientist Justin Dodd, and the last photo of Dodd himself. 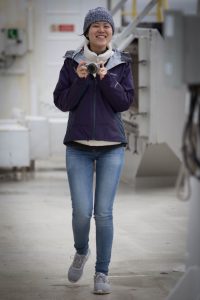 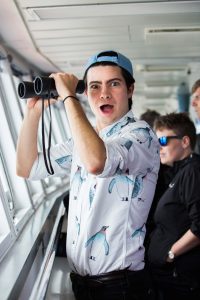 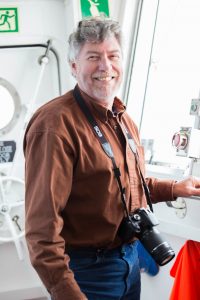 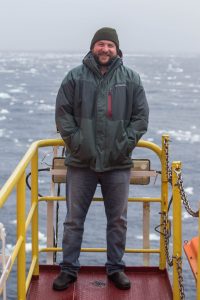 Other downtime activities including making gnocchi in the galley.

Now that we’ve reached our first drill site, there’s a little less down time. We’re all excited to be getting our first cores on deck. Check back here for more updates!