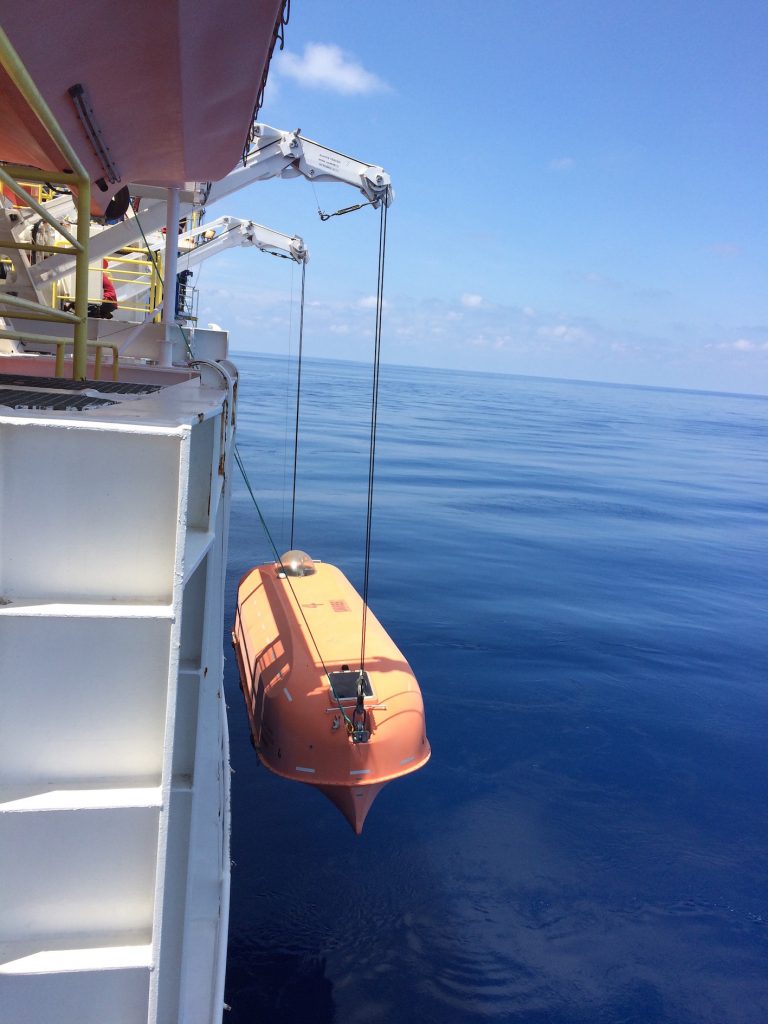 Here is a shot of the crew lowering one of the lifeboats. This is Port Lifeboat 2. The JR has four lifeboats that look like small orange pods. I am assigned to Starboard Lifeboat 3, which is located on the opposite side of the ship. The lifeboats seem small relative to the size of the JR, but each one holds 70 persons. That means our carrying capacity of drillers and other crew, technicians, staff, cooks, scientists, etc. is maximum 280, a small number. We currently have 34 scientists onboard with a significant number of crew, technicians and JR staff.

Most of the space on the JR is taken up with other stuff like the engine room and water purification facilities, the massive derrick atop the drill floor and the Moon Pool, all manned and operated by the crew. And I assume a lot of the ship’s space is for storage, e.g, for drill pipe in the pipe racker and the few thousand tons of diesel fuel that we left Hong Kong with, which is on tap somewhere deep in the hull.

Photo below was taken near Lifeboat 3 during a safety drill. 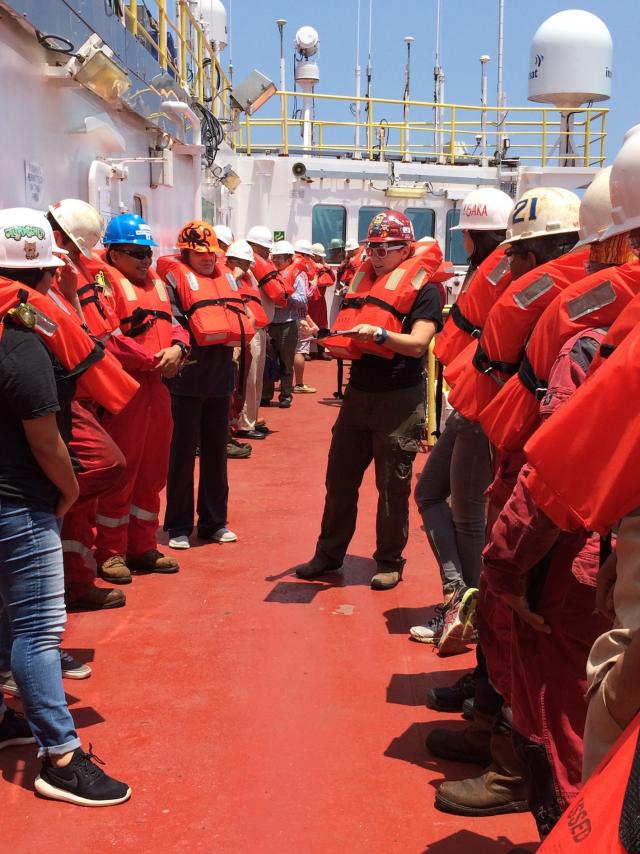