Pekar’s first blog: An Introduction
On the plane flights to South Africa: A reflective prelude before I leave on this amazing adventure 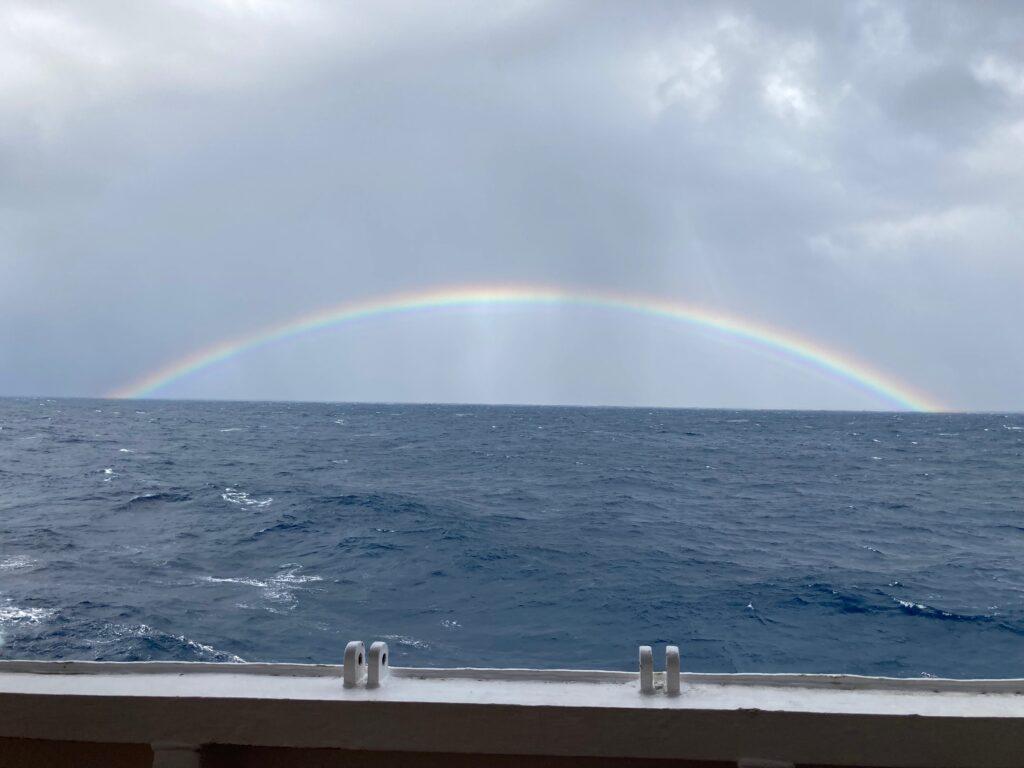 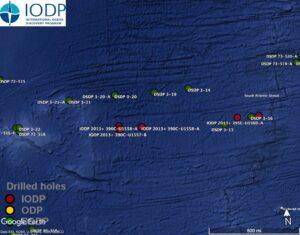 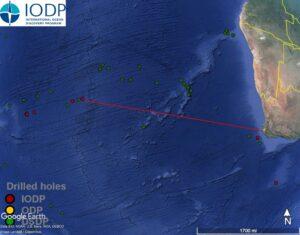 Longer than I, or any of us probably, could have anticipated – delayed more than a year by COVID disruptions, that meant the ship couldn’t leave port for lack of another that would have them, and even when it could sail, the scientists couldn’t get there, thanks to travel restrictions (by countries and many universities), and also to entirely valid concerns about staying healthy in the face of a little known and potentially deadly pathogen.

But, all of this is (largely) in the past, and I’m finally (!) back on the JR for a third adventure, with a bunch of new shipmates, sailing across a wind-whipped South Atlantic toward the first Site for IODP Expedition 393.

Expedition 393 and its partner cruises are in some ways a reprise of one of the earliest ocean drilling efforts, Leg 3 of the Deep Sea Drilling Project, which recovered cores from a series of holes across the southern Atlantic to prove the hypothesis derived from the (then still very new) theory of Plate Tectonics that the ocean floor gets older the further you are away from the ocean ridges, and therefore that ocean ridges are spreading centers where new oceanic crust is made.

This joint Expedition (with Expedition 390, and two “technical” expeditions, 390C and 395E, which were run last year when science parties couldn’t sail) are seeking to better understand the changes that happen in ocean crust as it reacts with seawater and its overlying sediments over time; the micro-biological communities that develop in this crust and sediments, and also how the planet responds to rapid climate change, as may be recorded in Cenozoic-age marine sediments that we’ll drill, which were laid down in times of higher atmospheric CO2.

My interests in this Expedition arise from my ongoing work on subduction-zone processes, where to understand how arc lavas form and how the composition of the Earth’s mantle changes as ocean crust subducts at trenches, we have to know the chemical makeup of that ocean crust when it reaches the trench.  Our Expedition gives us the opportunity to assay ocean crust compositions at five different time-steps in its evolution, and all of these steps are much younger than the ocean crust datasets we’ve historically used.  These results will be really helpful in looking at places where we’re subducting young crust, like beneath the Cascades, at the Trans-Mexican arc, or beneath Luzon in the Philippines, among a lot of others.

I’ll report in some on ship life as an “older” hand, and I’ll tell some tales about my shipboard job as a Geochemist, as well as on the science and its implications (those will be my “Geek Blogs”).  For now I’m doing what everyone else is doing out here, which is getting adjusted to the rocking of the JR as we transit, and trying to get stuff ready in the labs for the new cores to come.