Looking Back to our Future: how Expedition 393 scientists are working to understand climate change

We will be “Looking Back to Our Future”

One of the three major objectives of Expedition 393 is to develop high-resolution climate and oceanographic records from the sedimentary cores taken from the South Atlantic Basin for the past 60 million years.  Between the various drill sites, we expect to create these high-resolution climate records from time intervals when CO2 was as high as today (420 ppm during the Pliocene Epoch, 2.6-5 million years ago), to time intervals (16 to 45 million years ago) when carbon dioxide was as high as what we expect in the coming decades and into the next century.  As a geologist, when I look at ancient sediments, I am collecting clues like a detective, not to catch a criminal, but to unlock the secrets of our planet.  Also since I am trying to understand changes in the environment and climate from times long past, I am also like a time traveler.  As time travelers, geologists are the guardian of the past, in telling the story of Mother Earth from times before written history, before there were people, or even primitive hominids. 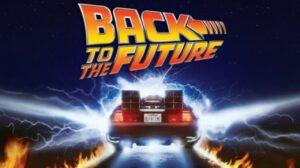 For this expedition, we are exploring times more than halfway back to the demise of the dinosaurs, when our planet experienced elevated greenhouse gases (e.g., carbon dioxide). So we are basically “Looking Back to Our Future”.

Let me give you an idea of what we know about past climate change and how it relates to what is happening today.

Putting Climate on a hotplate

The climate changes we are experiencing today are due to increased concentrations of greenhouse gases such as CO2 in our atmosphere. Today carbon dioxide is currently at ~420 ppm, which is 50% higher than pre-industrial levels (280 ppm). This is due to humanity’s use of fossil fuels as well as land-use changes (e.g., chopping down forests, livestock, etc.).

The oldest records that contain direct CO2 measurements, ice core data from Antarctica, “only” go back 800,000 years and this record shows that atmospheric CO2 never went above 300 ppm.

To give an idea of how unprecedented today’s high levels of atmospheric CO2 are, it has been about 3 million years since CO2 levels were as high as today.  During this time, the most advanced forms of life were three-foot-tall primitive hominids living in Africa.  So, it took millions of years for Mother Nature to accomplish what humanity has done in a little more than a hundred years.

A very bad day for dinosaurs 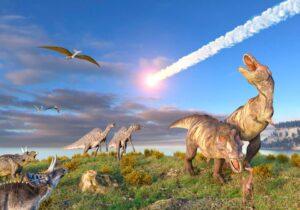 It is incredible that the increase of greenhouse concentrations in the atmosphere is HUNDREDS of times faster than natural variations.  In fact, the atmosphere is changing faster at any time in the last 65 million years. And what happened 65 million years ago that caused the atmosphere to faster than today, you may ask?  A six-mile-wide asteroid hit the Earth causing one of the largest extinction events ever that included wiping out the dinosaurs.  That is what we are doing to our planet.  The consequences will be dire in the coming years for us and our children.

So what is our expedition doing to help?  The data we collect will be used to better understand how the climate and oceans reacted to higher carbon dioxide levels in the past.  In my upcoming blogs, I will share with you how paleoclimate and paleoceanography scientists are trying to figure out past climate and ice volume changes when CO2 was higher than today.