Making Do at Sea 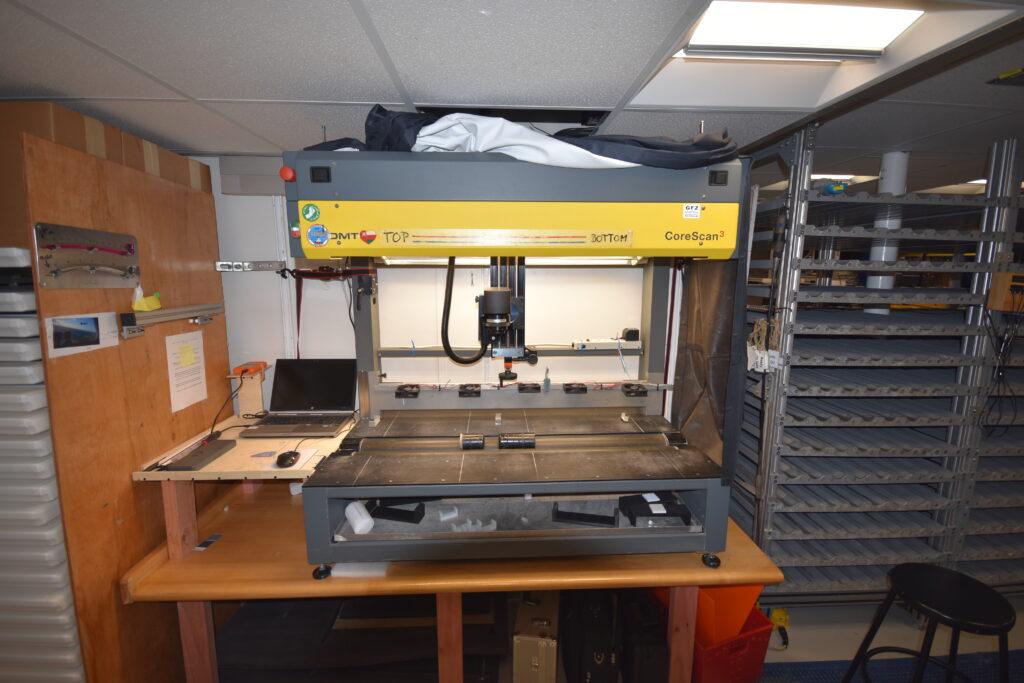 Being at sea for 60 days is full of the obvious issues you might think of if you imagine life 1500 miles away from the closest corner shop: Running out of toothpaste in week 4. Carrying a wallet and keys around for no good reason. Forgetting nail clippers and lacking a means of getting a decent haircut until you start looking like the long nails Guinness Book of World Records guy. One thing I didn’t consider, however, was how to deal with mounting problems in the lab while core is continually coming up and people are waiting on you to resolve them. This removes the luxury of time and the ability to just order things online that would resolve the issue.

One of my main jobs during Expedition 390 is to run the DMT Corescan3, generously lent to the IODP by the ICDP, specifically for use during the South Atlantic Transect, and which is not a usual feature in the JR’s core lab. This meant that no one on board knew how it worked, and the only place to put it also happened to be the busiest area of the lab right by the core racks. This has led to an extensive group effort to get things running smoothly and to develop a methodology that can be left for those aboard upcoming Expedition 393, as well as future IODP expeditions that want to make use of the DMT’s unrivalled ability to immortalise the core’s exterior features before being split into working and archive halves.

So, here is a list of a few problems and resolutions that wouldn’t have been possible without a fantastic group of technicians and facilities aboard the JR make, which makes me feel like I’m on an all-purpose floating workshop where I also happen to work, eat, and fondly remember sleep: 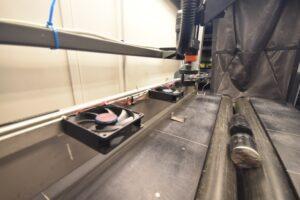 2. People keep poking their head into your imaging station and blocking the light? Just rip a curtain out and keep it in place with magnets. 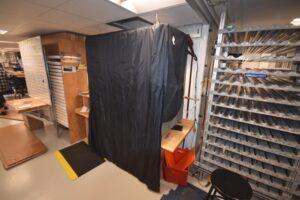 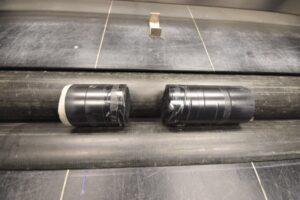 4. Too tall for the bench? Just make a custom table out of old wood. 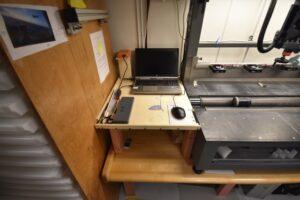 5. Core too long for the machine? Modify your homemade table with a nice hole. 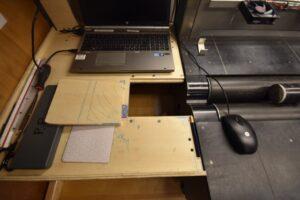 Jokes aside, these innovations have meant that we have been able to take some of the highest resolution and most complete 360˚ images yet managed aboard an IODP expedition, and I hope to see a DMT on the new JR when that day comes. (And maybe a job setting it up? Call me.) 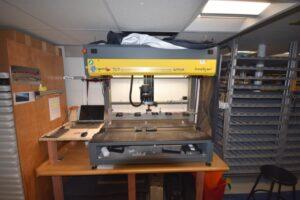 Editor: here’s a video about Lewis’s work on the DMT Corescan3: 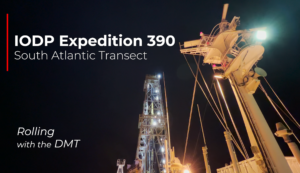