The Many Surprises of Life at Sea 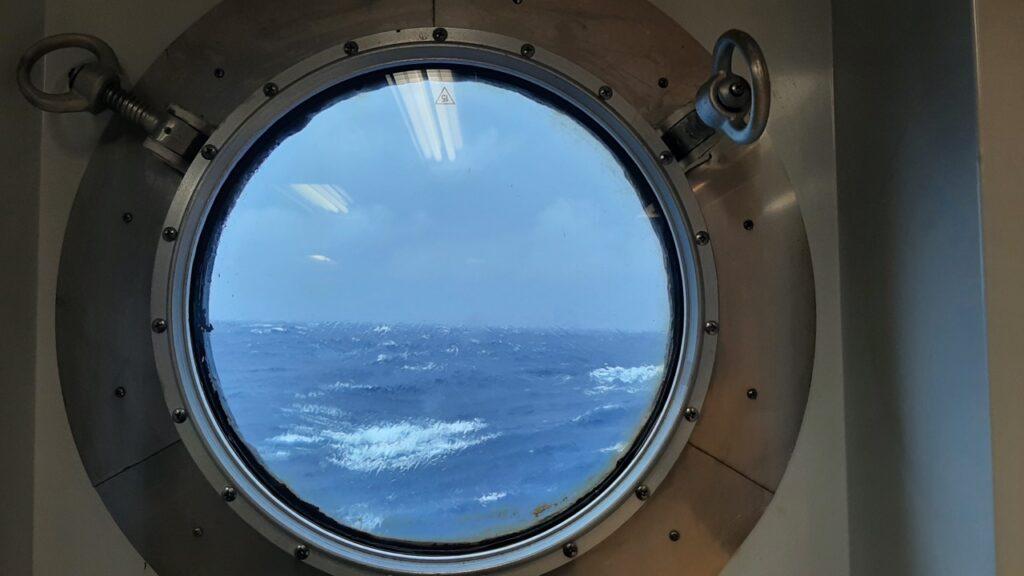 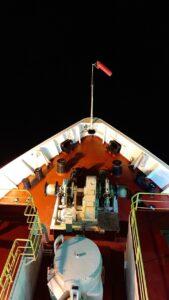 Life at sea is constantly surprising. That fact is a surprise in itself. After a month or so onboard the JR – describing core,

studying thin sections, discussing results, and excitedly gathering on the catwalk to watch the next core come up – there’s a rhythm and a routine to the days, one dictated largely by mealtimes and the cheery shout of “Core on deck.” In many ways then, one of the most surprising things is how constantly surprised I still am.

I’m surprised by the sheer distance to the horizon out here in the middle of the South Atlantic. I keep turning to look the other way, expecting to see some cliff or hill or landmark and am surprised to find it’s all seemingly endless ocean the other way, too. It surprises me how a rain shower, off in the distance, or a shifting patch of sunlight, or an ominous cloud fills in the gaps left by the lack of landscape. More than once, someone’s pointed something out as “Oh look over there, by that wave,” as if I’d know which one.

I’m more than surprised, I’m startled at how long they managed to keep lettuce fresh for on the ship. I want to know the secret and apply it to revive the sad-looking salad that normally wilts before my eyes at home. I’m equally surprised at how much I miss iceberg lettuce now that it’s all gone. I’m surprised – and will probably never stop being surprised – that it’s in any way possible to trail 5 km of steel pipes below the boat and use them to bore into the Earth’s crust and snatch samples of it back up to the surface. When I pick up a brand-new core, holding it gently like a new-born baby, I’m surprised at how cold it is. I’m surprised, though I shouldn’t be, that after more than a month working the night shift my eyes have adapted to the gloom and find the daylight all a bit much.

Most of all I’m surprised by the sheer effort the whole business of deep-sea drilling takes: from the scientists churning out reports and data that would take months of effort back home in a matter of days, to the techs who have to saw and label and glue and shrink wrap every core to the drillers, and roughnecks who manhandle and screw and unscrew literal miles of metal pipe, to the staff and crew who cook clean and launder to keep the rest of us fed and watered and smelling okay. It’s like a small floating city devoted entirely to getting rock and sediment from the seafloor. And maybe the biggest surprise of all has been the rocks. While I can’t say too much as our data is under moratorium, the rocks we’ve recovered have been consistently interesting and often beautiful, but most of all, they’ve confounded our expectations of what we might uncover at pretty much every turn – which is a nice surprise to get! 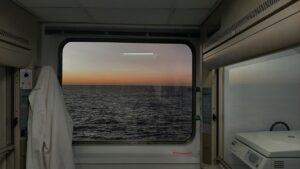