What a Life!
Nodules from the Seafloor 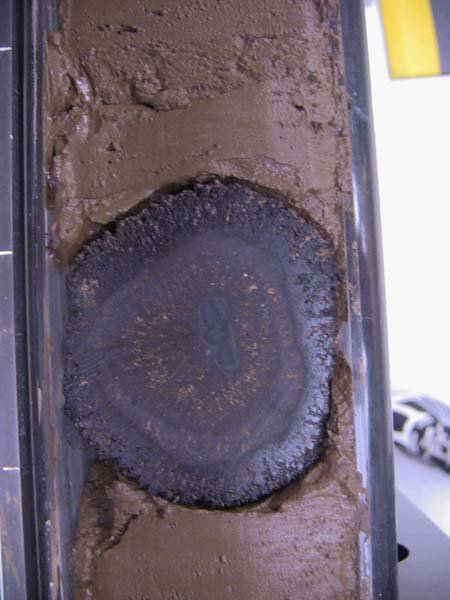 Several of the cores from site U1366 had manganese nodules within the sediments. Diameters varied from about 5 cm to just under 7 cm. The diameter of the core liner is 7 cm, so you can use that as you look at the photos today. Manganese nodules are believed to grow extremely slowly on the seafloor as material from the ocean water precipitates around a nucleus. The nucleus could be something like a fish tooth, or an inorganic concretion. When cut open, it is easy to see the ring or halo pattern around the center. Evidence for the slow growth rate comes from the fact that sedimentation rates far out in the ocean are very slow. If rates were higher, the nodules would have been covered and their growth would have stopped while still small. As you can see here, some were just the right diameter to have been pushed into the core. In an early blog, you may recall that I mentioned that one of our co-chief scientists believes that the seafloor, in areas, is "paved" with nodules because they are found in many cores.