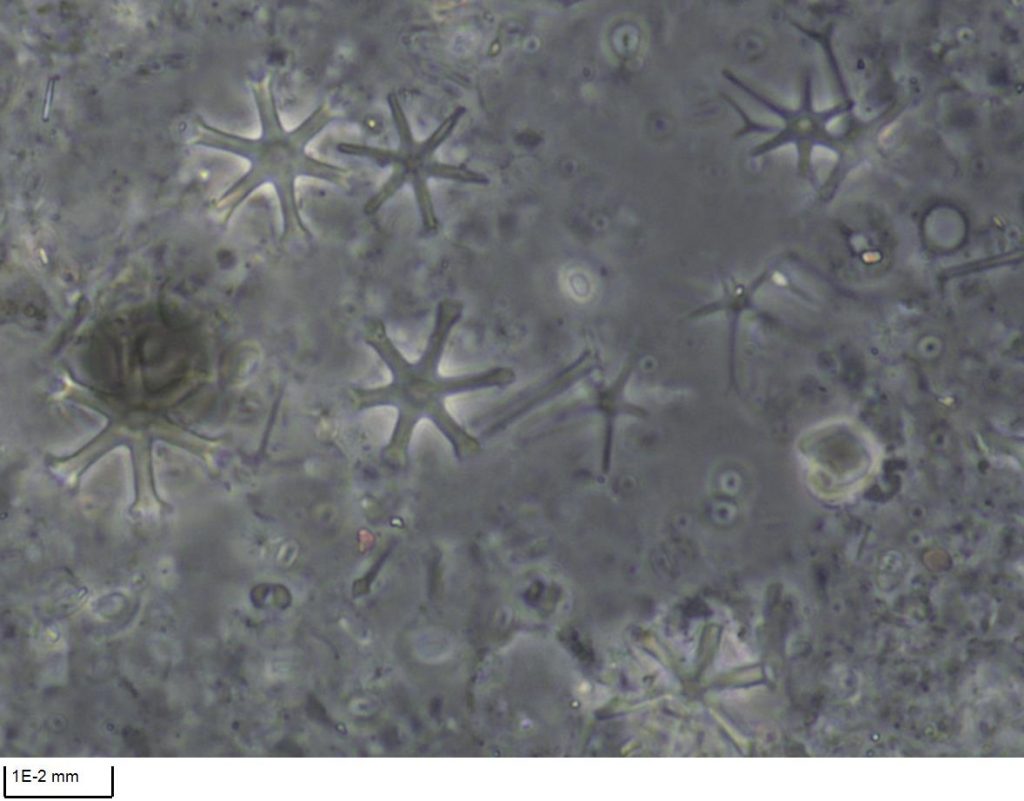 This is a photo of three different species of Discoaster viewed under the microscope. Note the scale in the bottom left of 0.01 mm. The Discoaster varabilis (six limbs with knobs on the end of each limb)  are the three larger nannofossils in the left half of the pic. These are about 10-15 micrometers in width. The D. pentaradiatus (five limbs) are more common in the right half of the photo. The D. surculus is also present, and has six limbs with two bifurcations on the end of each limb that look like a bird’s foot. The overlap in ages of the different nannofossils gives an age of roughly 2.4 million years for these sediments. For the nannofossils to be preserved, the sediments would have to be deposited above the CCD (carbonate compensation depth). The CCD is the depth below which carbonate would dissolve in seawater. This means the fossils are possible indicators of paleo water depth, water temperature and chemistry.