Once more beneath the Ross Sea

A landscape of ice
Exp 374 Trailer 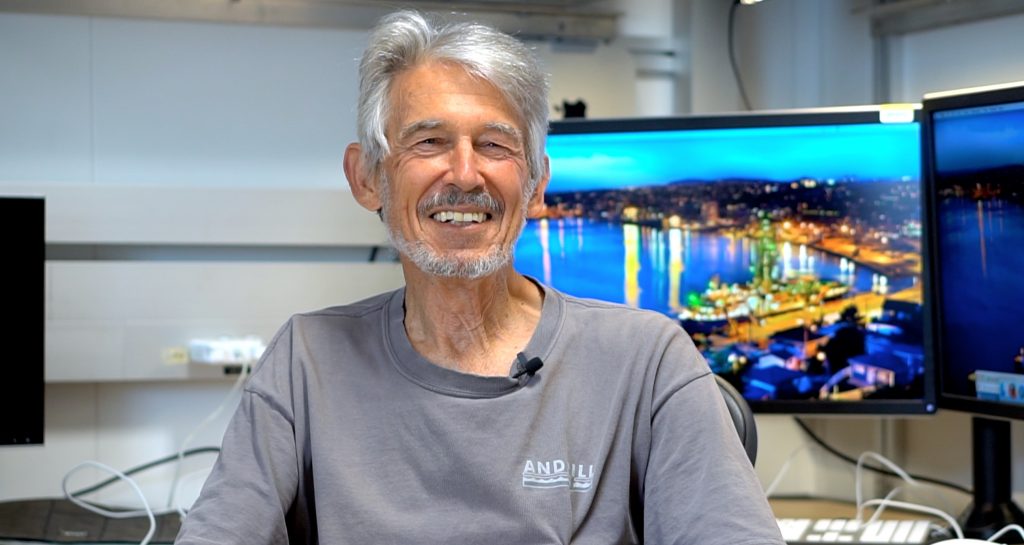 The science that the JOIDES Resolution is setting off to do is built upon decades of work done by many scientists. This began in 1973 when the first drilling ship to explore the world’s sub-seafloor story, the GLOMAR Challenger, sailed to the Ross Sea from Fremantle, Australia, on Leg 28 of the Deep Sea Drilling Project.

Before we left port, we had a visit from Prof. Peter Barrett, who was one of 12 scientists on this earlier expedition, the first to drill into the sea floor around Antarctica. They were collecting long thin cores of the sediment beneath the sea floor, where there were many hundreds of metres of layered strata. However, the Leg 28 science team had very little idea of the type of sediments or their age, which was critical for learning the history of the region through geological time. 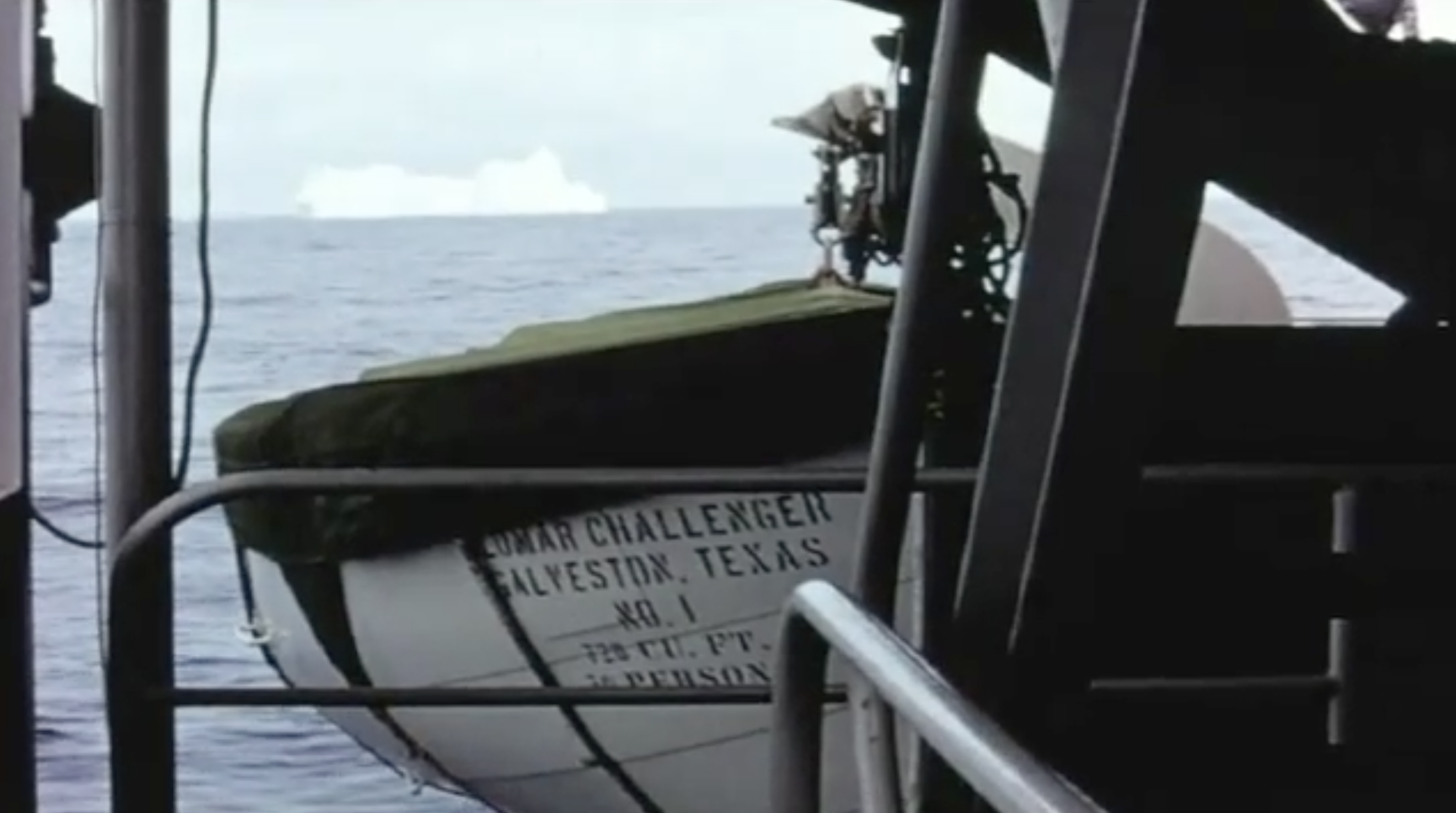 An iceberg in the Ross Sea, seen from the GLOMAR Challenger in 1973.

Peter thought drilling beneath the Ross Sea might bring up cores of ancient river sand, mud and coal 200-300 million years old, as had been seen in the Transantarctic Mountains to the west. What the science team actually found was many hundreds of metres of glacial debris dropped from floating ice and dating back 25 million years. Before this drilling, no-one had realised that Antarctica had been ice-covered such a long time ago.

After the voyage, Peter and others began looking at the sediment and rock in the McMurdo Dry Valleys. However, they realised that glaciers wash most of the sediment offshore, so to really understand how the Antarctic ice margin advanced and retreated through geological time, they needed to take cores through the thick strata seen on seismic surveys a short distance off the coast, using the annual sea ice as a drilling platform.

They began in 1974 by using a rig normally used on land. However its 50 tonne weight on less than 2 m of sea ice, and the daily tides and currents, caused problems. Clever schemes, like putting balloons under the ice to take the load of the drill platform, were devised, with real success finally coming in 1997-99. Cores taken off the coast at Cape Roberts recorded the earliest Antarctic glaciations from 34 to 17 million years ago with many advances and retreats.

All the lessons learnt from drilling on the sea ice were applied to a new and bigger rig for drilling through the Ross Ice Shelf as part of the ANDRILL Project (2006-07), which collected cores from over a kilometre below the sea floor, and ranging in age from today back to ~13 million years. These revealed how there were warm periods just 3 million years ago when Antarctic ice retreated, sea level rose around 20 m, and the CO2 levels were around 400 parts per million — the level our atmosphere has just reached again, this time much more rapidly due to human activity. 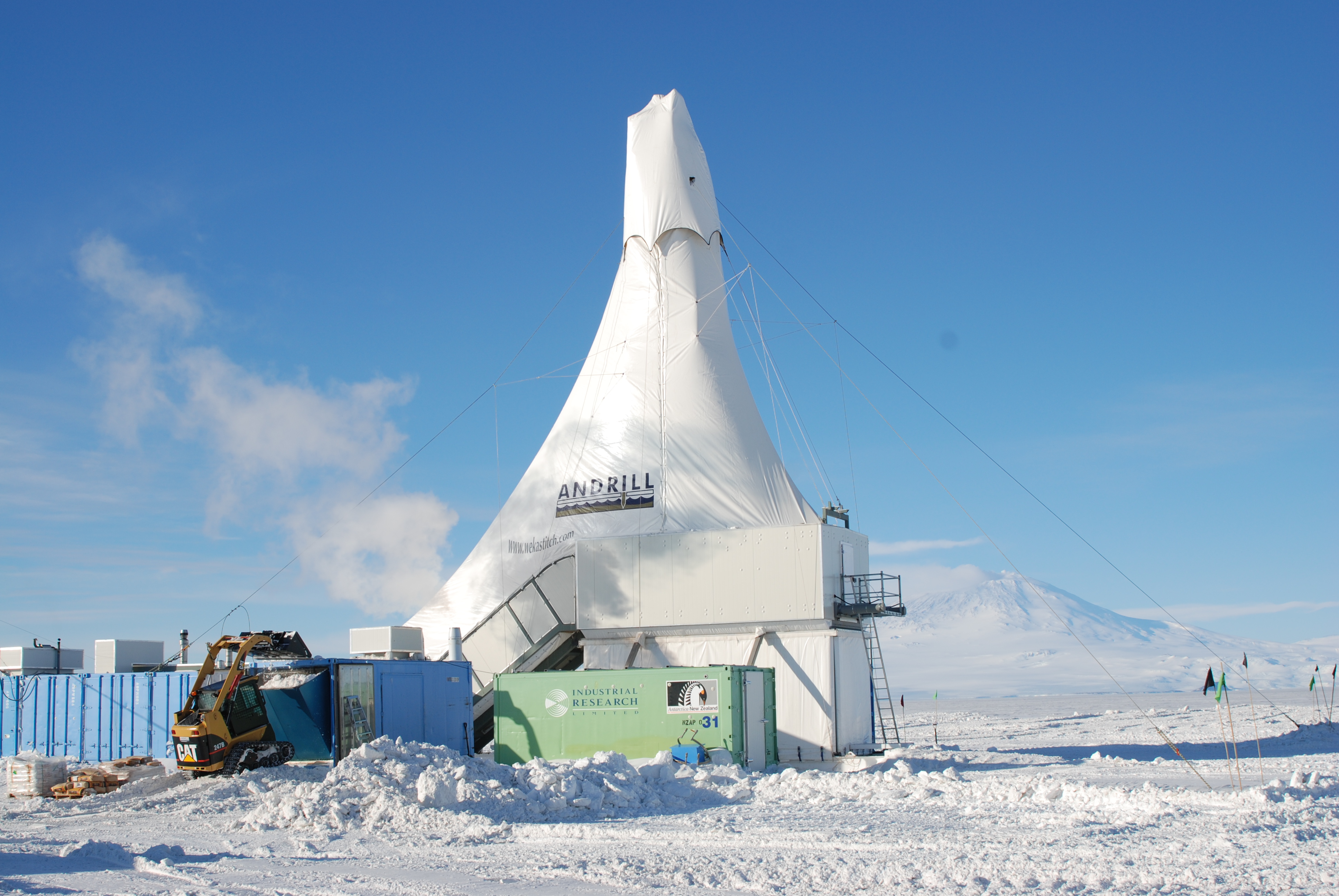 The ANDRILL project on the Ross Ice Shelf.

Peter is now an Emeritus Professor at the Antarctic Research Centre at Victoria University of Wellington, New Zealand. While he has retired from trips to the ice, the work he began is being carried on by the next generation of researchers.

Co-chief of this expedition, Dr Rob McKay, cut his teeth in scientific world while he was a student working on the ANDRILL project. He is now leading this expedition along with Dr Laura De Santis to bridge a gap between Antarctic geoscience research and the study of the history of the deep sea floor. The JOIDES Resolution will collect cores of sediment from below the seafloor in six sites in the Ross sea, providing a more detailed picture of the ancient glaciers which pushed that sediment out to sea. 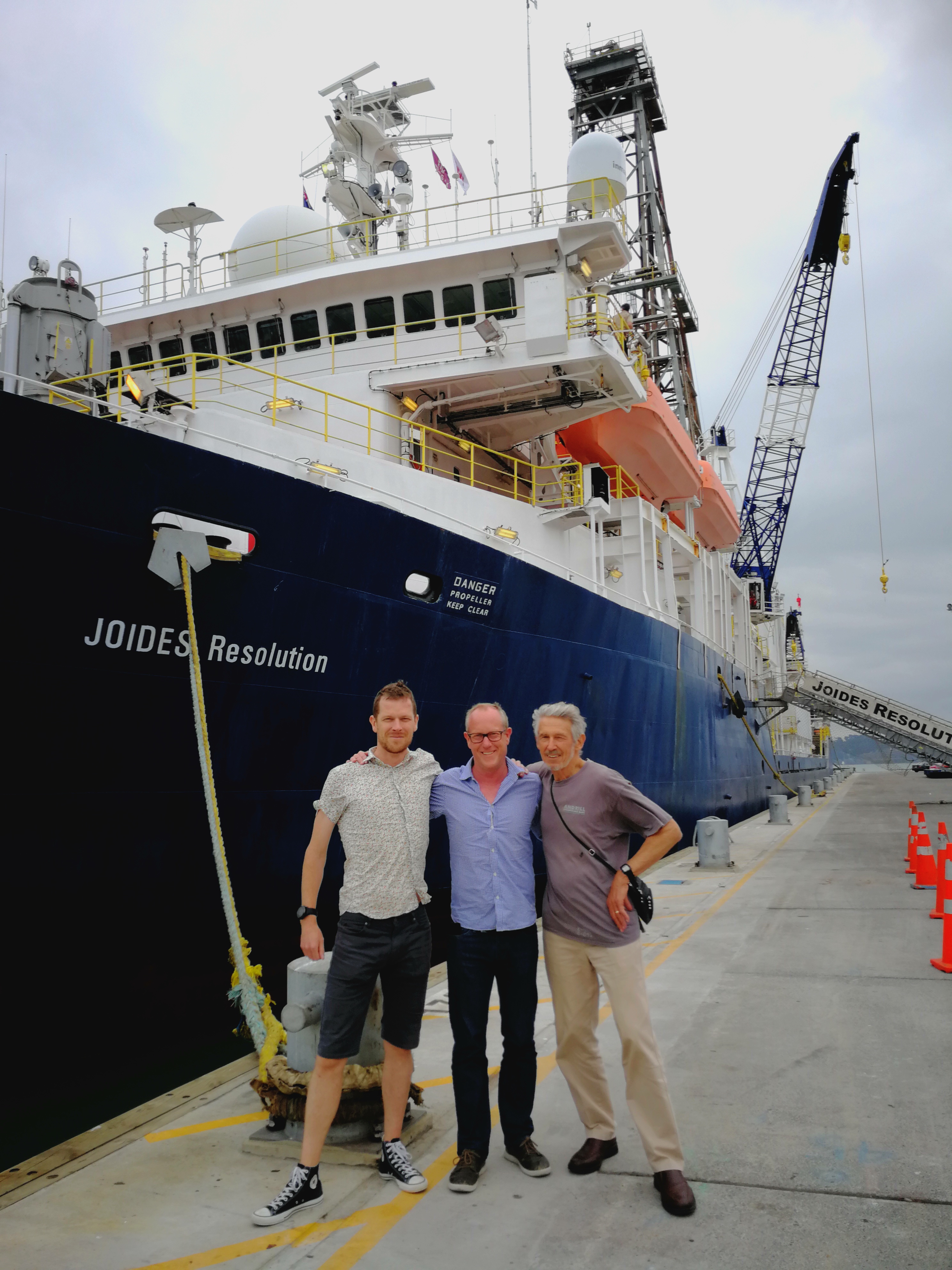 Many mysteries still remain about these ancient changes in sea ice. The work the JOIDES Resolution is about to do will provide a clearer picture of West Antarctica’s past and will lead to a better understanding of what will happen to the ice sheets as the earth warms due to climate change.

As Peter’s scientific career went on, he realised the impact of human-induced climate change on the world. He believes that the kind of work this expedition will do to understand the impacts of past climate change is now more crucial than ever. In 2013 he was involved in creating a documentary on the science of climate change called Thin Ice, which is available to be shown in high schools across New Zealand and the world with accompanying teaching resources.