A landscape of ice 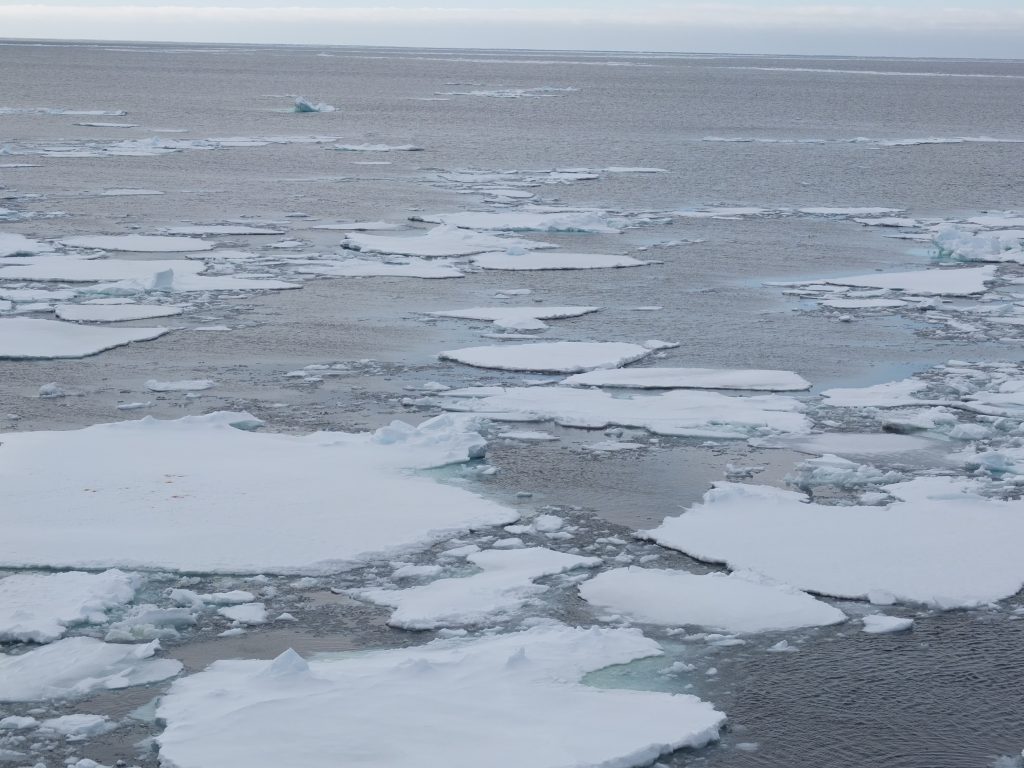 “So much water, so much water….” is a famous quote by our former president Mac Mahon (French president from 1873 to 1879). He would have said these words in front of dramatic flooding in the city of Toulouse. If this quote was applied to Antarctica today, I would like to switch it to “So much ice, so much ice….”

Antarctica is the biggest freshwater reservoir on the planet, mainly in the form of ice. About 98% of Antarctica is covered by ice that averages 1.9 km (6,200 ft) in thickness.

The Antarctic ice sheet covers about 98% of the Antarctic continent and is the biggest mass of ice on Earth. It covers an area of almost 14 million square kilometers and contains approximately 61% of all fresh water on Earth. In East Antarctica, the ice sheet rests on a major land mass and has an average thickness of 3 km while in West Antarctica the thickness is around 2 km.

The ice shelves are the floating extension of land-based ice sheets. They surrounded the entire continent and cover an area of the size of Greenland. We are now sailing towards the Ross Ice Shelf which is one of the most important ice shelves in Antarctica with an area of roughly 487,000 square kilometers and about 800 kilometres (500 mi) across (about the size of France!!). It is several hundred meters thick.

Sea ice forms from sea water and is free floating. Its formation follows the seasons: the sea surface freezes during winter and begins to melt in the spring to summer. During the transformation of sea water into ice, most of the salt stays in the remaining sea water so that the sea becomes more salty and the ice is mostly fresh water. 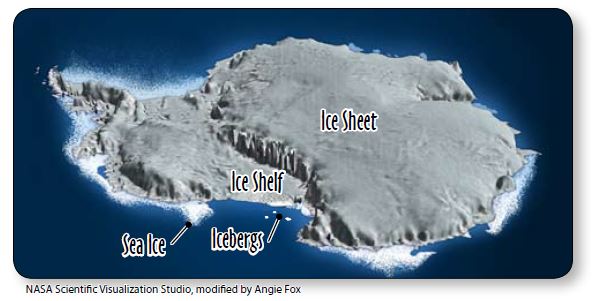