Getting Ready for Valdez
Last reflections 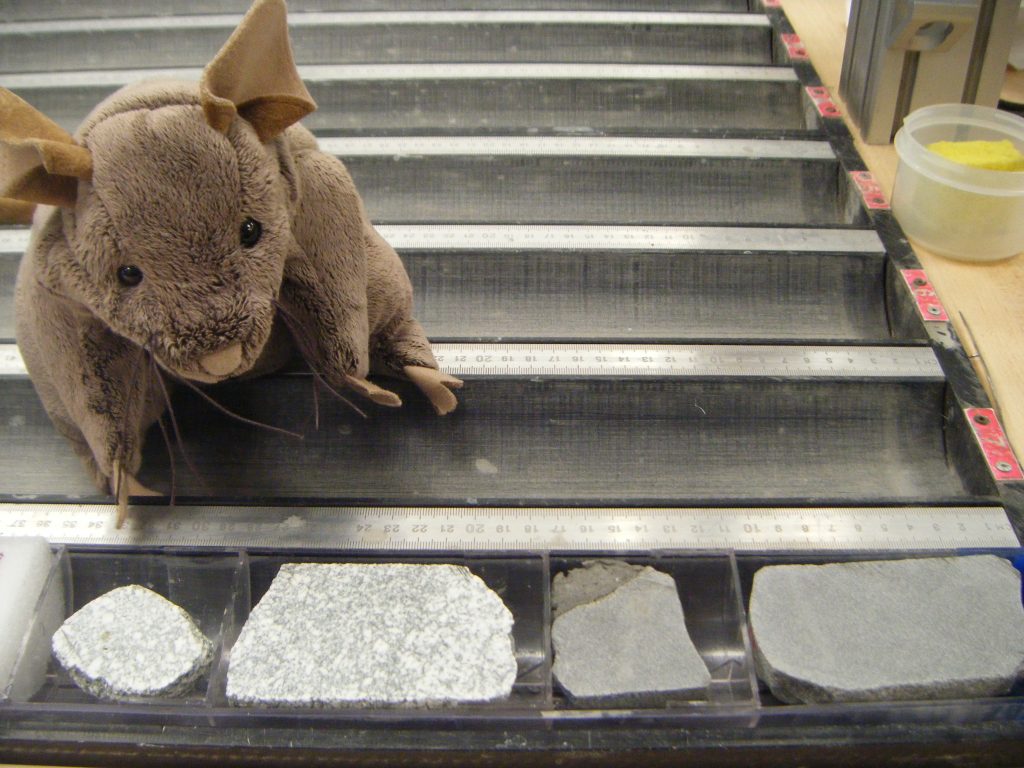 Victoria thought she’d found some food on the core description table.  These things looked like biscuits but they were as hard as rocks.  Didn’t smell like much either.

She had to run and hide though because the ship is a flurry of activity.  There are lots of boxes half full of papers and books on the floor and the big-footed humans are scurrying around with lots of excited looking faces.  Usually the humans are sitting in chairs at desks looking at brightly lit screens attached to boxes, but they aren’t sitting down now!

There are even humans mopping the floor, polishing the handrails and carting away rubbish!   This hubbub is a bit puzzling so she’s keeping her eyes and ears open.  Her nose isn’t telling her much except that there was a barbecue for lunch.  Yum!   But her stomach better not distract her, she must stay focused on her safety.

Victoria is getting more and more nervous with so much activity around her.  She nearly got stepped on by one human rushing past with a full box.  Then she hid in some revolting smelling boots and had to climb out of those in a hurry as the human scooped them up and raced down the hall with them.  She didn’t know where the boots were going but they were moving fast.   She slipped out of the boots and hid under some papers in a box on the floor.

She keeps hearing the humans talking about “leaving” and “departure times” and “packing up”.   What is going on?

Victoria then heard the scientists talking about a core and finds out a startling fact!  “We are in the Ice Age!” they shouted.   What do they mean?  Ice is cold is all she knows.  She last saw ice on the street in Victoria a couple of months before she got on the ship.  She doesn’t like it.   Finding a cosy place to live in when it is cold is difficult and there isn’t as much food around then either.

Then she heard them talking about “mass extinction in the Late Cretaceous period” and that the “wooly mammoths and the saber-toothed cat disappeared about 10,000 years ago”.   Cats!  Disappeared?  Where did the cats go?  This is good news!

She went to the hallway where there are lots of pictures of animals…there were still cats there.

Victoria crept down the stairs and out the door to the Focsle deck.  It was busy out there too.

She had spent all day running away from the humans.  This made her sleepy.   She found a perfect place to nap in these big blue piles.   She heard the bosun call them mooring lines.  Funny name, she thought, as she fell fast asleep.

She had a little company sleeping nearby too.