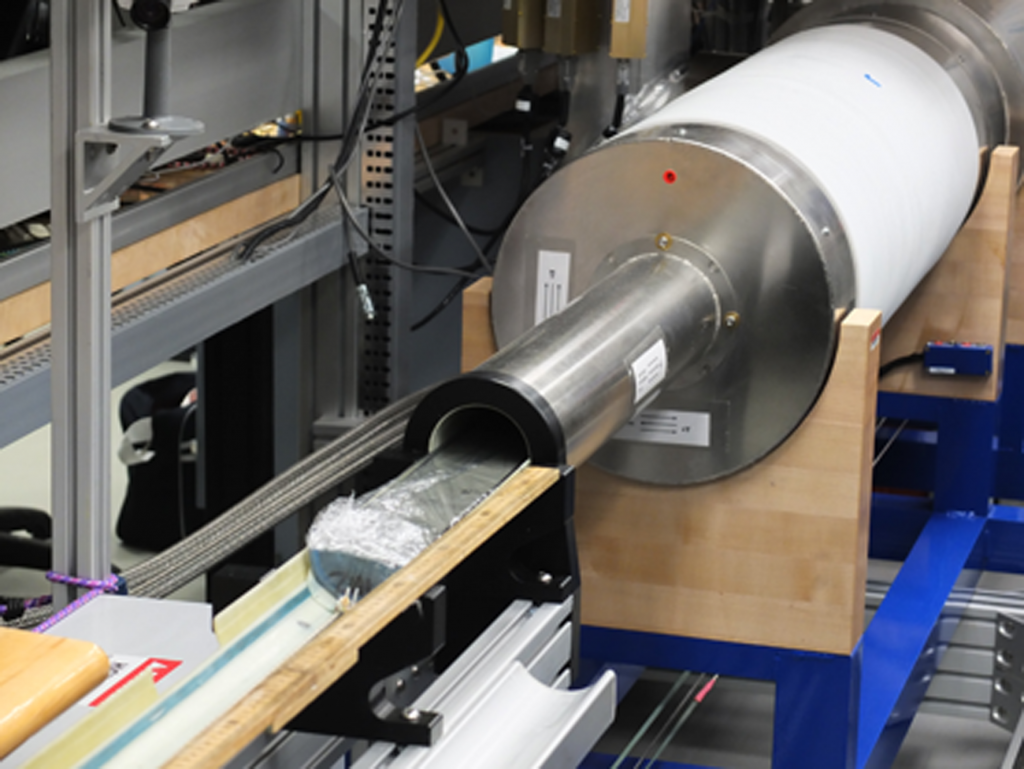 From last time, it seemed like studying Earth’s ancient magnetic field was not so complicated, right?

However, this is not straightforward. When the cores arrive on deck and then into the hands of our paleomagnetists, there are more magnetic directions present in the core than just the one of the ancient magnetic field…

To make it simple, you can consider that there are 2 types of magnetic particles: the “good” ones and the “bad” ones. Yes, just like in a cowboy movie… The good ones are magnetically hard and are not disturbed by the small magnetic fields present during the drilling operations. The “bad” ones are magnetically soft. They align in the direction of every small magnetic field that is present during their trip from under the seafloor to the paleomagnetists’ lab.

All “soft particles” thus carry an paleomagnetic signal that is linked to the coring. This “overprint” is not useful when Tim and Saiko try to determine the direction of the ancient magnetic field. This overprint is sometimes so strong that it masks the original signal of the strong particles!

Our paleomagnetists have to remove that overprint to get to the real signal.

The problem is that most natural samples contain a combination of soft and hard magnetic particles… Our paleomagnetists want to get rid of the weak particles! How? They can’t dig out the bad particles, because then they would destroy the core and change the orientation of the good ones as well! They have work out a non-destructive method!

How does it work?

We do this by demagnetizing our samples, using an alternating magnetic field. This means that we generate a field that very quickly switches in direction whilst slowly dissipating to zero. This field is so small that it only affects the soft particles and not the hard ones. Depending on the properties of the soft particles, they align with the field at different times throughout the demagnetization.

The result is that all soft particles are now aligned in random directions so that their combined effect is zero. Fortunately, the magnetically hard particles don’t care about this small field and their magnetization does not change, which means these particles still have a record of Earth’s ancient magnetic field. So, the only signal we have left is the good one!

It is now time to analyze some measurements made by our team during Expedition 374. Please read again our first post of “Paleomagnetism for Rookies” for all details about inclination and the polarity of Earth’s magnetic field.

This is an example of how a drilling overprint influences the real signal in sediments. The blue line is the inclination before demagnetization. You can see that all inclination values are positive. Remember that we are still drilling on the South Hemisphere close to Antarctica. Does that pattern mean that this sample was deposited during a period of reversed polarity?

No. Tim and Saiko demagnetized the sample and removed the drilling overprint. You can see that the inclination is now negative. This means that the sediments were deposited during a period of normal polarity! 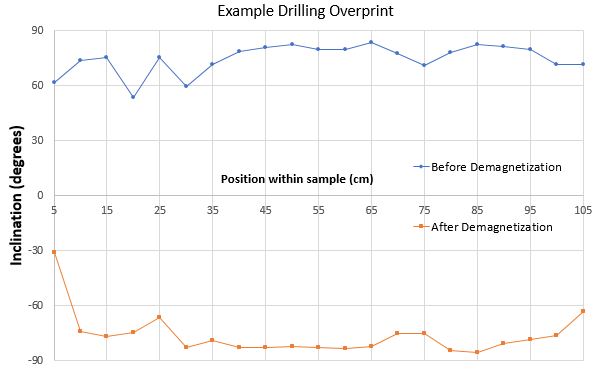 Conclusion: Don’t judge a book by its cover; read its contents first. Similarly, don’t interpret the magnetic polarity without first removing overprints. Only then will the secrets of the past be revealed!