plugging holes in the ocean floor 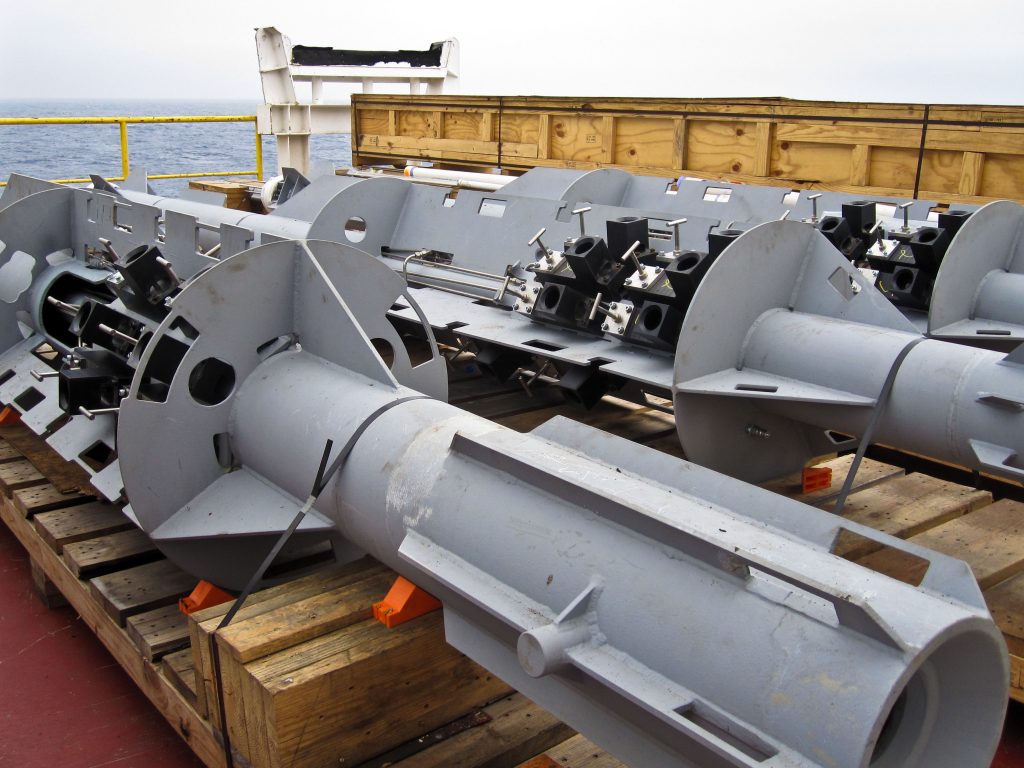 If I told a little kid that I was on a ship drilling holes deep into the ocean floor, they might be worried that the whole ocean would drain away through a hole. Well, the consequences aren’t quite that dire, but we definitely lose something valuable if the boreholes are left open.

During drilling, ordinary seawater floods deep down into the basement rock layer, altering temperature, pressure, and chemical conditions. By plugging the boreholes, the the crust is allowed to return to normal, and scientists can then use instruments placed inside the borehole to record temperature, pressure, chemical, and microbial changes over varied depths for a long period of time.

Enter the reason for our expedition- mighty CORKs! (CORK is actually a rather creative backronym.. just think "long-term borehole observatory".) Their function is to seal the boreholes using a system of o-rings and inflatable packers and house an array of various sensors and input devices. In the picture above, you can see three CORKs out on deck that are being readied for deployment. Right now they look kind of like modern art, but scientists are working daily to add the necessary instruments and tubing to each steel base.

If you’re thinking, "hmm, I wish there was some kind of animation or visual aid to enhance my understanding of these fascinating pieces of equipment", well NEVER FEAR! One of my main tasks on this expedition is to create exactly such a thing. I have been working with co-chief scientist Andy Fisher and the Ocean Leadership communication department on shore to plan a short animation about the structure, function, and deployment of CORKs.  I will update all you citizens of the blogosphere with my progress and share with you the trials and tribulations of working at sea.  And now if you’ll excuse me, I’m going to go run in zigzags on the treadmill.