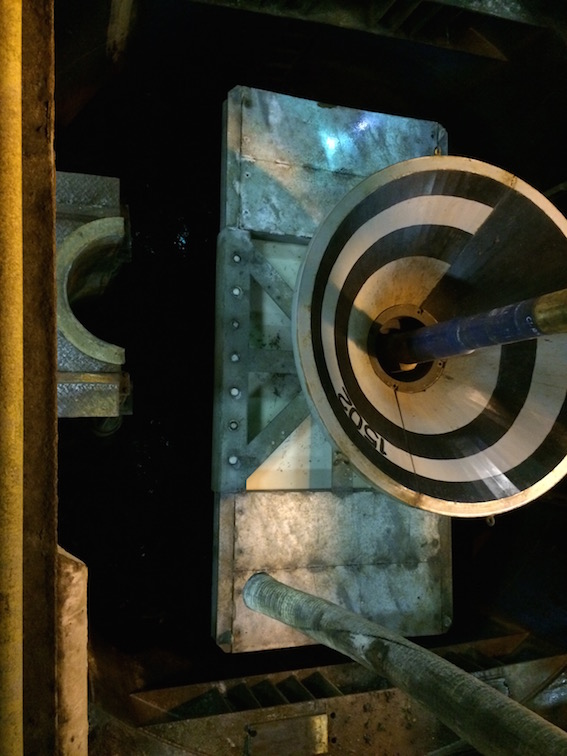 Here is a sequence of photos from yesterday’s activities in the Moon Pool, an opening in the ship for access to the sea. The crew had already spent many hours preparing over 700 m of casing; that is 62 joints of 10.75-in casing lowered through the moon pool into the sea.  In these photos, the reentry cone looks like a bull’s-eye and will be face up on the seafloor. Here you can see the top of the reentry cone and the mudskirt is the plate attached beneath it. The casing is attached beneath the reentry cone and mudskirt (you can’t see it), and is hanging in the seawater beneath the ship. The casing will be drilled into the seafloor; it keeps the hole from collapsing and deforming so we can access the rocks at depth. The mudskirt is used to distribute weight at the seafloor over a broader area. It probably adds stability to the “cone platform”. The lowering of the reentry cone just took seconds.