Today was the first field excursion for the School of Rock group. We travelled to Rangitoto Island which was formed by a series of volcanic eruptions over a timespan of 6000 to 600 years ago. The most recent eruptions occurred 600 years ago. The first recent episode erupted most of the volcanic ash that mantles neighbouring Motutapu Island, and produced the lower, northern scoria cone. The second episode built most of Rangitoto, erupting all the lava flows and main scoria cone at the apex. The island is the largest of the volcanoes in the Auckland volcanic field at 5.5km wide and is a key landmark of the Auckland area with its symmetrical shield volcano appearance rising some 260 metres high. 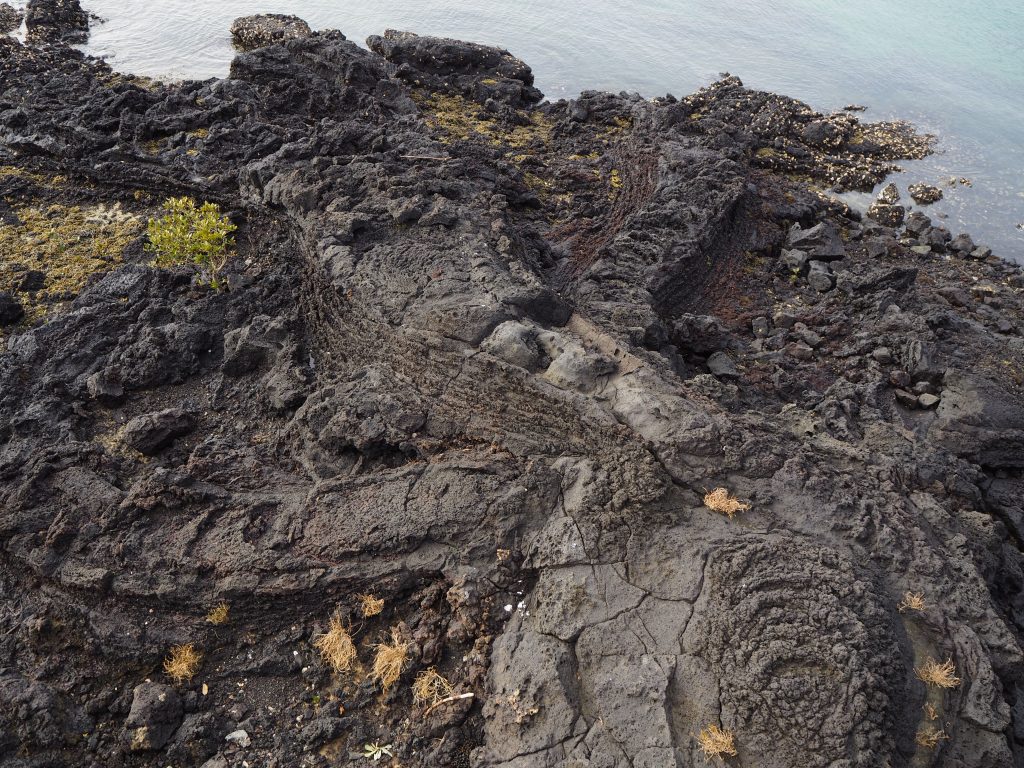 The group hiked to the top of this volcano, which a few stops along the way to enjoy the lava levees and old World War II parade ground. The summit was the perfect location for Bruce Hayward (who has literally written the book on Auckland geology), to provide an overall guide to geological formations in the Auckland area. 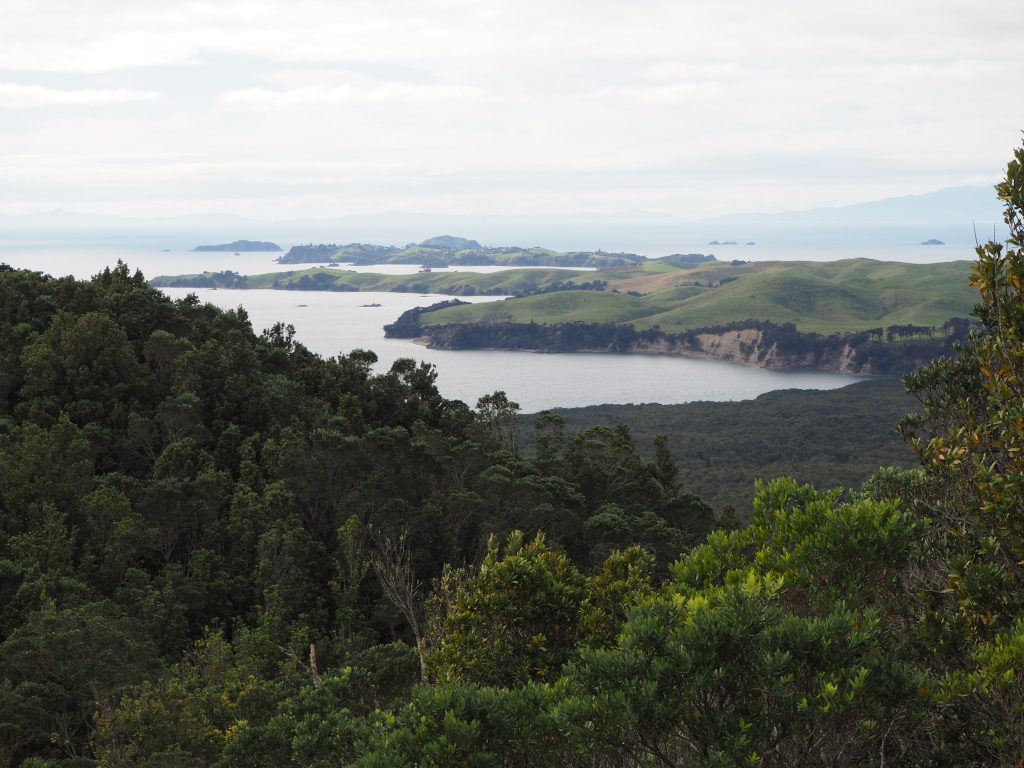 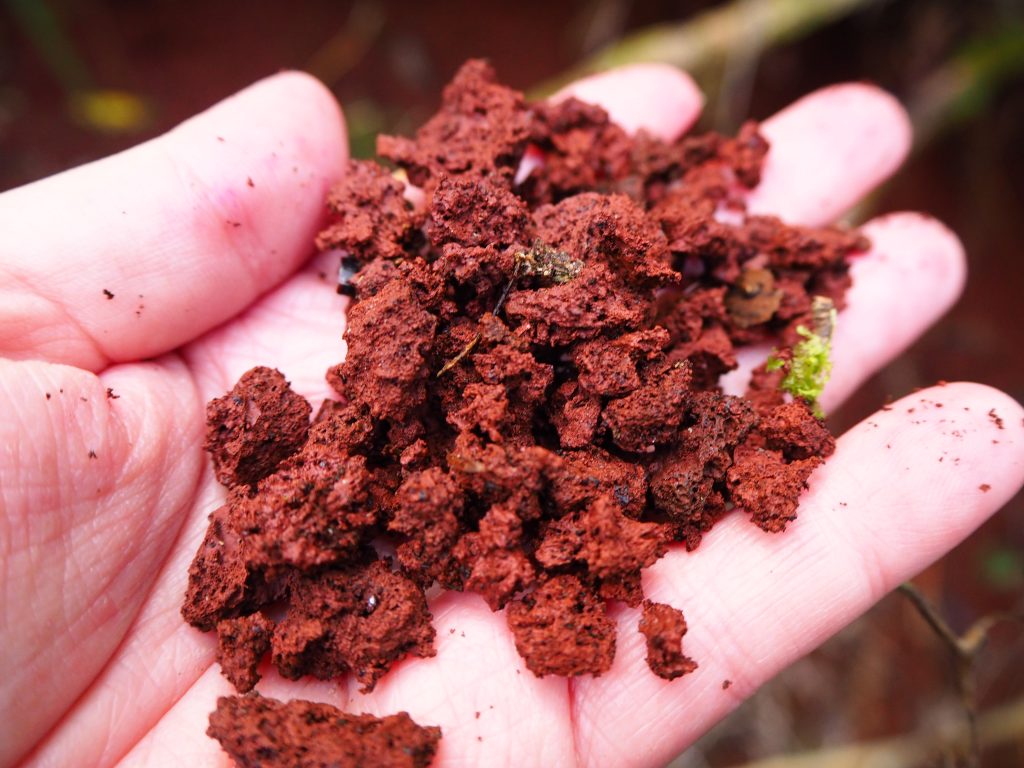 On the way back down the volcano we were able to explore some lava tubes with some trusty torches on hand to help us see the way as the tubes create cave like spaces. Lava tubes are formed when low-viscosity molten lava known as “pahoehoe” flows and cools on the outside due to contact with the ground and air, to form a hard crust allowing the still-liquid molten lava to continue to flow through inside.

Whilst learning about the formation of the island itself, we were also immersed in the changing environments. The island is considered especially biologically significant because all stages from raw lava fields to scrub establishment and sparse trees. As lava fields contain no soil, windblown matter and slow breaking-down processes of the native flora are still in the process of transforming the island into a more habitable area for most plants (primary succession). Essentially- there was a lot of lichen on all the igneous basalt rocks in the lava fields. It was fascinating to see and make connections between multiple facets of science, all by taking a quick day trip from Auckland. 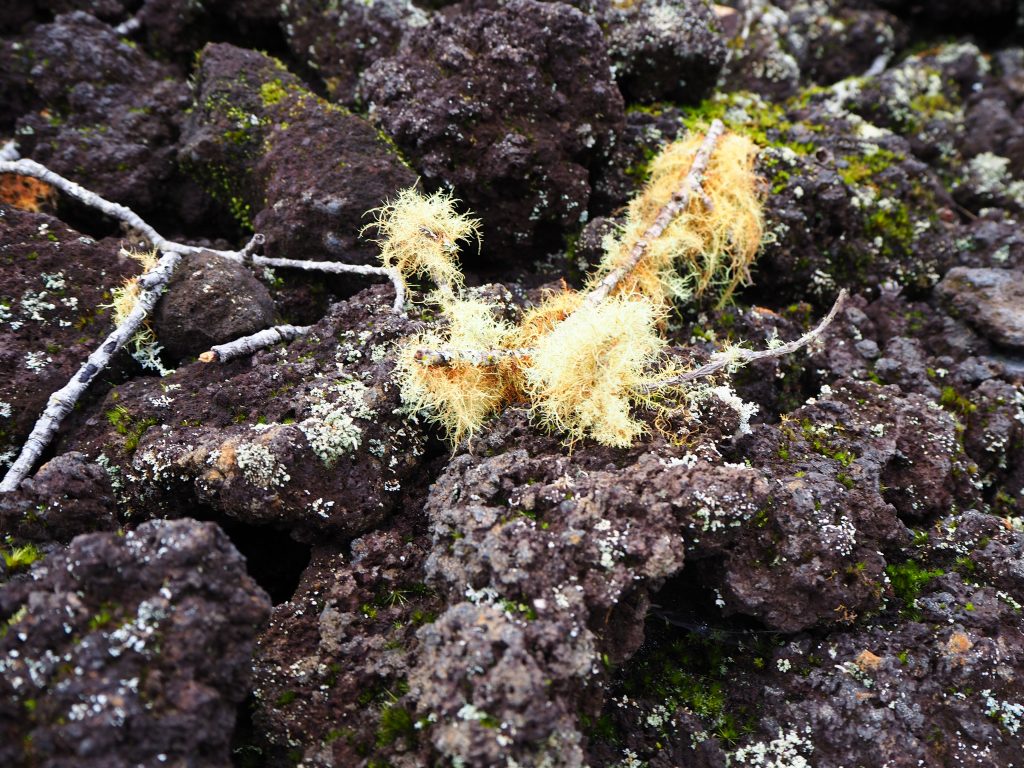