The group spent day 5 at the Auckland University working in the Sedimentology lab. The day was split into two parts. Show and tell started with looking at a variety of rocks where we were told “before you make an interpretation, make an observation”. We made observations of a variety of sedimentary rocks, volcanic rocks and a fossils mostly from the greater Auckland area.

Volcanic rocks – one rock which most were fascinated by was a coarse grained, olivine bearing peridotite surrounded by a fine grained vesicular basalt. This indicated that the magma partially solidified at depth (hence formation of the peridotite) and was violently erupted (vesicular nature) at the surface cooling quickly (fine grained basalt). 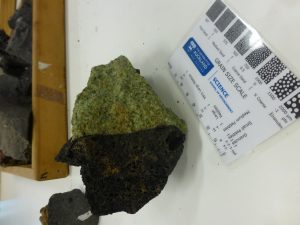 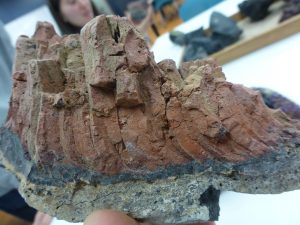 Sedimentary rocks – one rock was a conglomerate which was poorly sorted. It contained angular and rounded clasts of scoria, pumice, sandstones and mudstones set in a grey-green matrix. The angular nature indicates that the distance traveled was probably not very far whilst the rounded nature suggests traveling further and therefore we can conclude there was more than origin/history for this particular rock. Many of the clasts have a weathered surface adding to the idea that this rock has a more complex history than first appears. Another rock which showed strange tubular structures was a sandstone displaying flute casts. The origin of these is most likely from high energy erosion environment such as a turbidity current. 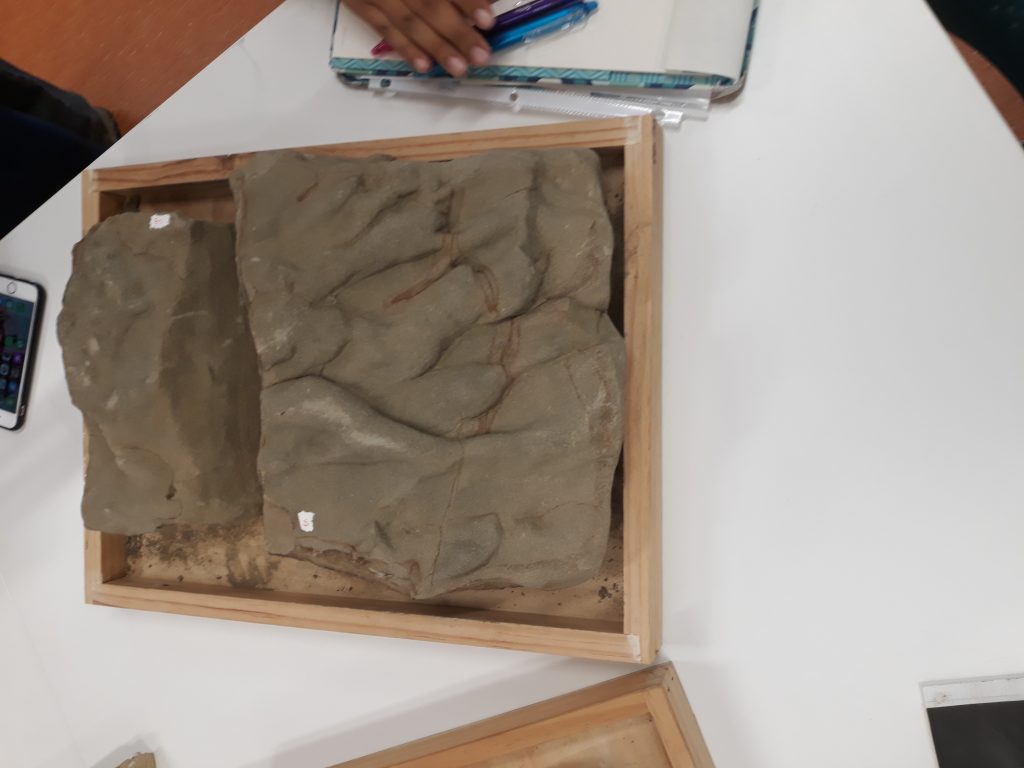 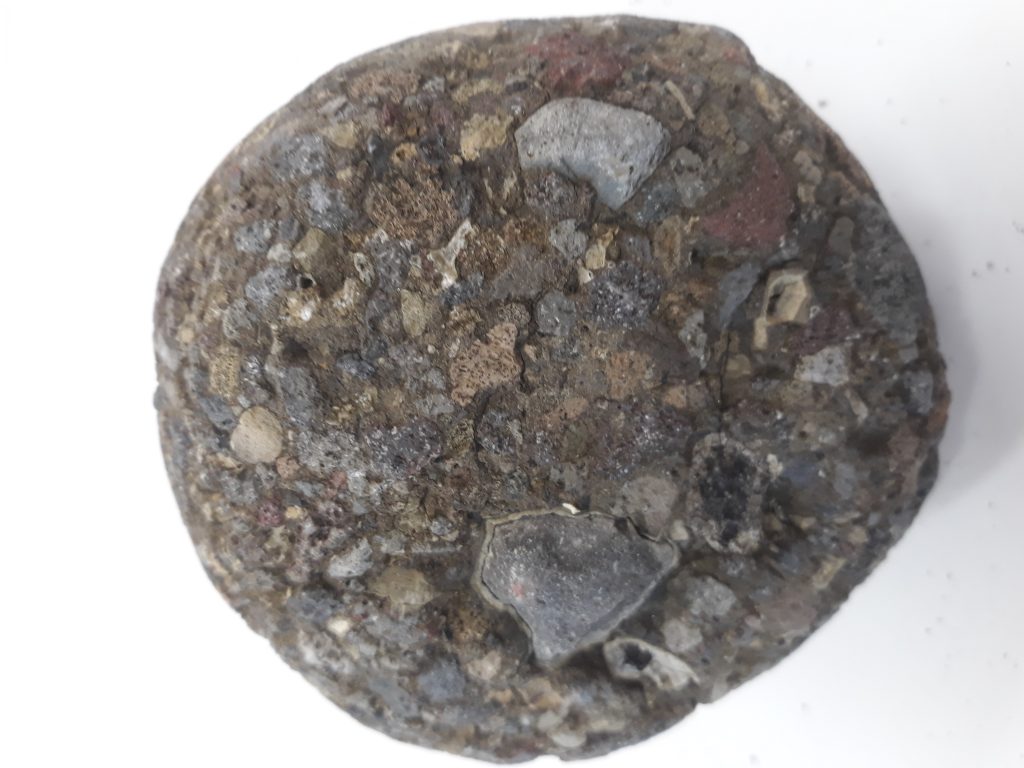 Fossils – a variety a fossils (both trace and body fossils) were examined. The trace fossils included infilled burrows of an echinoderm which gives evidence of the animals behaviour and direction of movement (which caused some debate). The Paleodictium trace fossils produced a repetitive hexagonal pattern which continues to leave us unclear as to what animal and behaviour caused it. 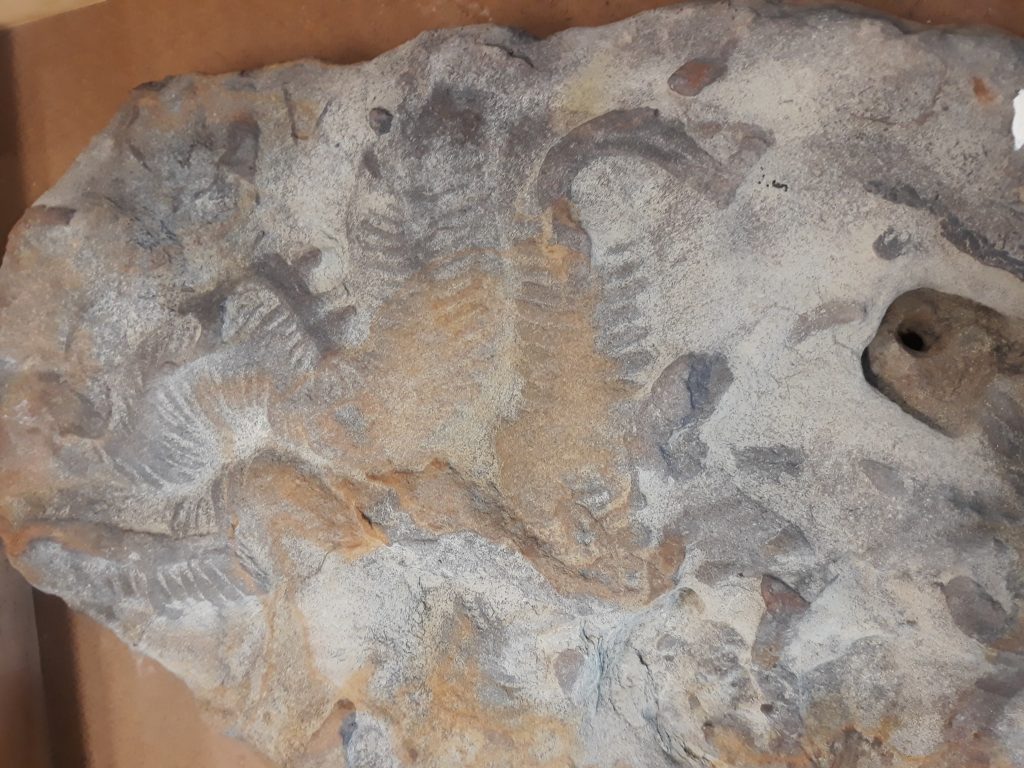 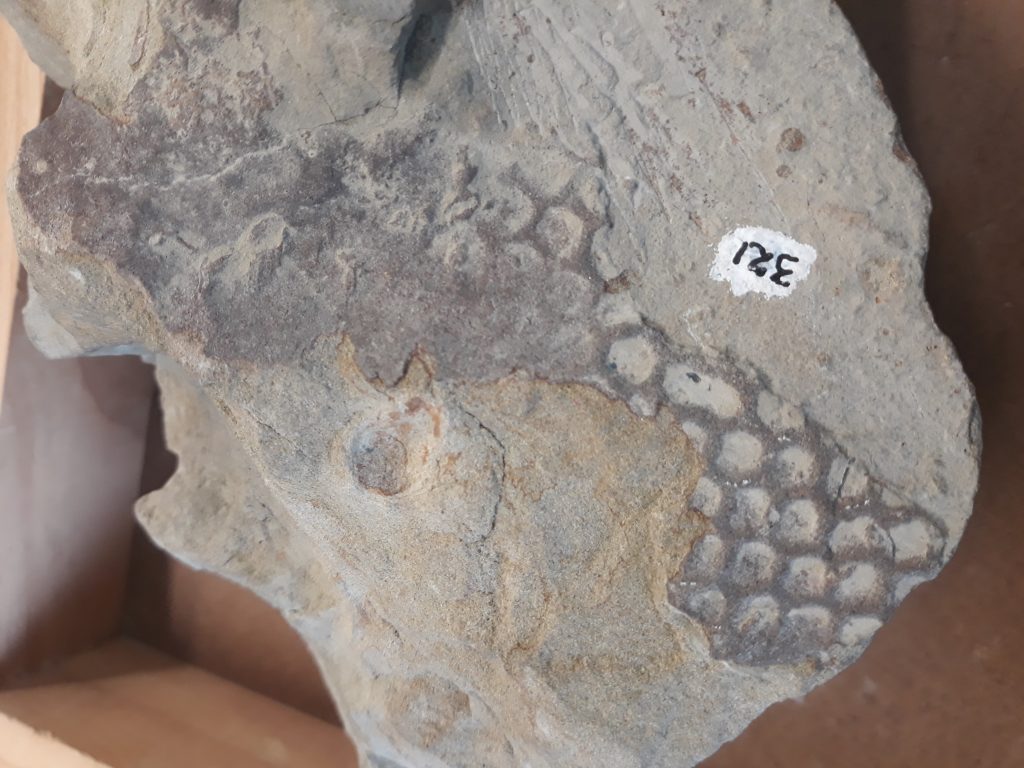 The afternoon was spent examining foraminfera samples. The forams were collected from the Weymouth inter-tidal zone on day 4 and washed/prepared during the morning session. We concluded that the distribution of forams could be correlated with zones of fauna found along our sampling sites at the location. 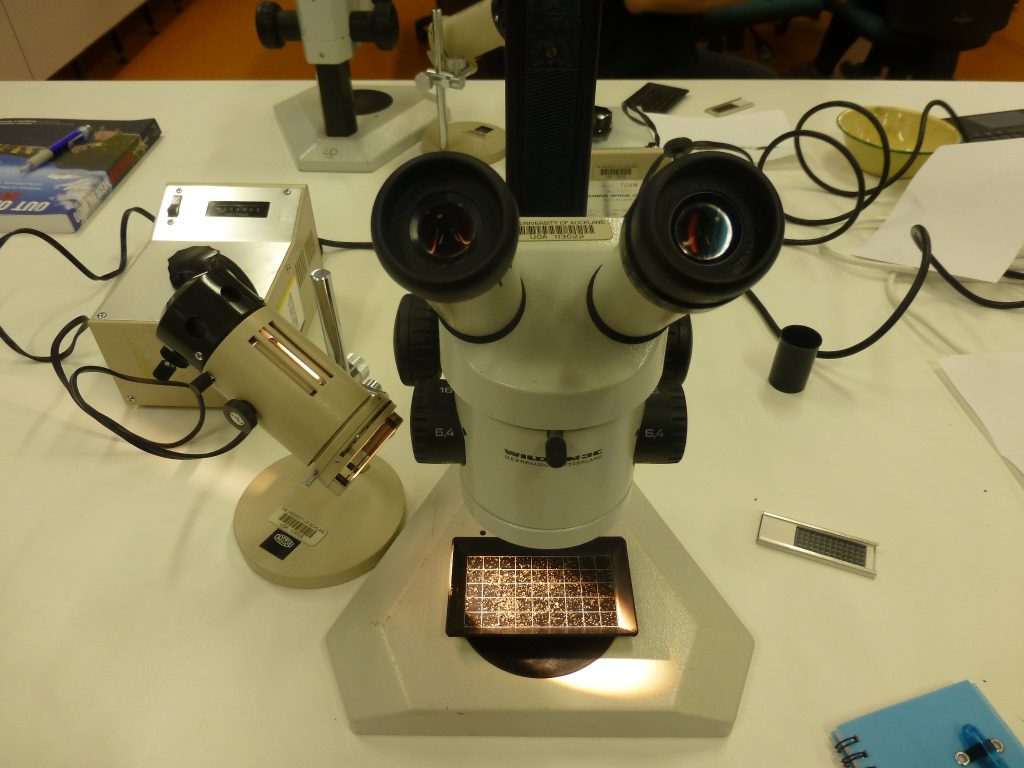 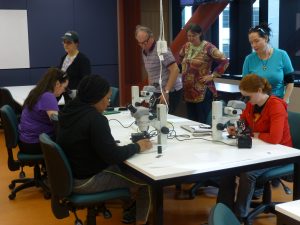 We also looked at the benthic and planktic forams. Benthic forams decreased in number the further away from a coastal setting, hence the ratio of benthic to planktic forams can be used as a proxy for paleodepth indication. This type of evidence has been used to date uplift/subsidence in parts of the Hawke’s Bay region and provides valuable insights into evaluating earthquake frequency and risk.

The indoor activities helped us all avoid the Auckland rain and fun was had by all. Tomorrow the group will be visiting Auckland’s best preserved scoria cone (Mangere Mountain) and the black sand beach of Muriwai to studyremnants of the ancient Waitakere volcano.