I smell a…
A working holiday 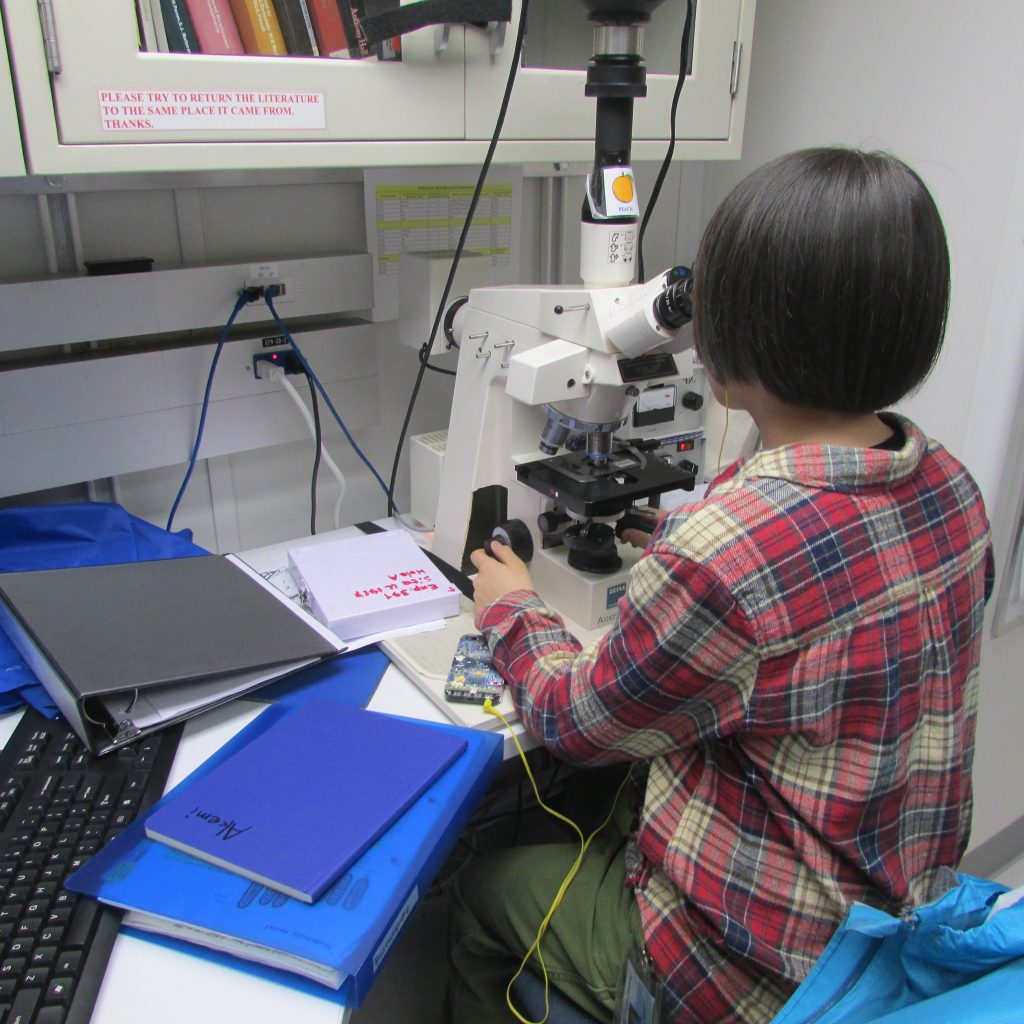 The first core arrived on deck yesterday at approximately 3:40 am (AKDT), and the catwalk was filled with scientists, technicians, and drillers to welcome the first core on board. We are now officially coring at IODP sampling site U1417A, and we should be moving on to the second hole at this site later today!

When a core arrives at the surface it is removed from the core barrel and carried onto the catwalk. The catwalk is a very exciting place to be when a core arrives on deck, it’s kind of like a hospital delivery room but in this case, the sediment core is the baby. Once the 9.5 m core is laid out on the catwalk, our core lab technicians split it into seven 1.5 m sections and properly label each section. Paleontologists and geochemists collect samples on the catwalk to test for time-sensitive information. The geochemists take small samples of sediments directly from the core on the catwalk: whole round samples are taken for pore water analysis and small plugs of sediment are taken for volatile gas analysis. The composition of gases are known within approximately 30 minutes (we want to make sure we aren’t drilling close to hydrocarbons), and the pore water is squeezed out of the samples in the lab for other chemical analyses.

Paleontologists collect sediments from the core catcher, which contains the left over sediments in a hole, to analyze the microfossil assemblages. Different types and species of microfossils, including diatoms, foraminifera, and radiolarian, live during different periods of geologic time. When microfossils die they sink to the bottom of the ocean and are buried with sediments, becoming part of the fossil record. Hiro Asahi, above, identifies which types of microfossils are present in the sedimentary layers to determine approximately how old the sediments are. Since Hiro and other paleontologists can analyze the samples directly from material collected on the catwalk, they can estimate an age of the sediments relatively quickly, which gives the rest of the science party a good idea of where we are in the geologic record.

Since scientists can directly measure the thickness of the layers from the cores, and the ages of the sediments have been determined, they can then calculate sedimentation rates (= thickness/time). Imagine looking at a sediment core and being able to determine that it was deposited during a glacial period vs. interglacial period. This is real-time science, and it’s happening on the JOIDES Resolution every day!

So here is my question for you: Would you expect to see more sediments being deposited during periods of glaciation or during interglacial periods? Why? (Respond in the comments section for your chance to win a JOIDES Resolution cookie cutter!)